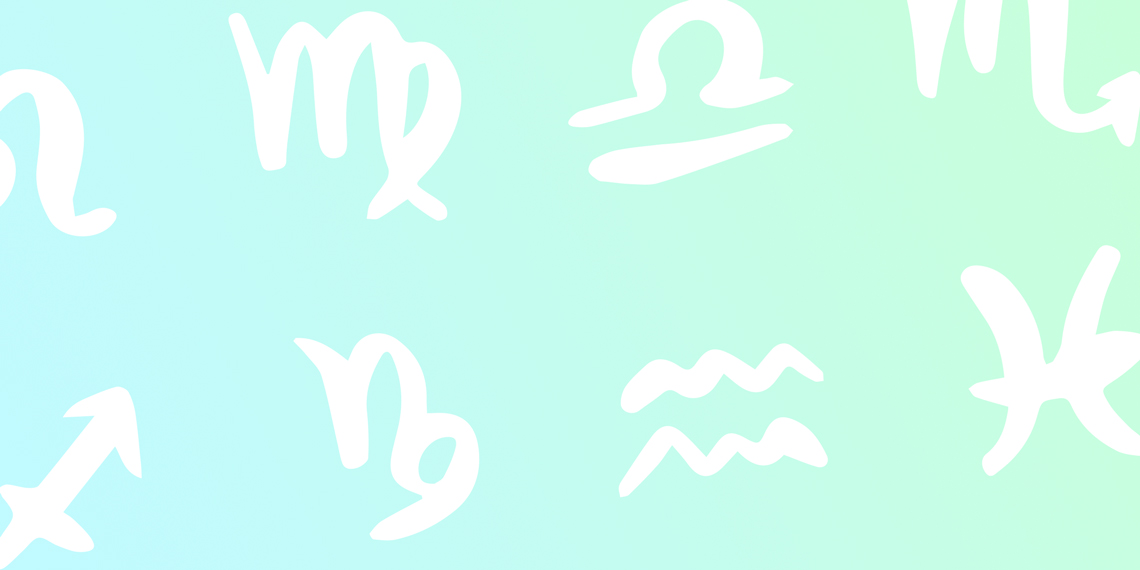 I hate that millennials get so much shit for blowing all their money on avocado toast and matcha tea. Why doesn’t anyone recognize that all we care about is blaming all our horrible qualities on astrology, ditching plans, and watching conspiracy theory videos? It’s honestly kind of rude. Anyway, I’ve done us all a favor and have created a guide to which conspiracy theory you’ll be obsessed with based on your zodiac sign. You’re welcome.

Aries are natural born leaders and love organization, so they’ll eat up anything about cults just like they’d dive into a sale at the Container Store. A pretty good cult conspiracy to get sucked into is Jonestown. If you’ve consumed like, any kind of true crime anything, you’ve probably heard of it, but if you haven’t, here’s the gist. Jim Jones (no, not the rapper), started a cult called The Peoples Temple, and convinced 900 people to drink Flavor Aid (similar to Kool-Aid but not Kool-Aid, common misconception) laced with cyanide for a mass suicide. The conspiracy is that it was actually a mass murder and that the whole thing might have been connected to MK-Ultra, the government’s mind control program. Like I said, every respectable true crime thing has a Jonestown episode, but the Conspiracy Theories podcast from Parcast has a pretty solid two-part special on it.

Taurus is the most stubborn sign of the zodiac, so the theory behind The Mandela Effect is something you guys probably already believe to be fact in your daily lives. It’s based on the fact that some people legitimately think Nelson Mandela died in prison in the 80s when he actually totally became the president of South Africa and didn’t die until 2013. In the most Taurus shit in all eternity, people think that this means that there are actually parallel universes, and there is a universe where Nelson Mandela really did die in the 80s. This is probably less of a conspiracy theory and more of an elaborate scam created by a Taurus to win an argument. Anyway, here’s a video that explains the whole concept to kickstart your internet rabbit hole. It has the cutest fucking dog in the world in it.

Geminis are the twins of the zodiac, so I’m going to get really lazy here and toss you guys this thrown-together twin conspiracy theory. Have you heard of the theory that Lindsay Lohan actually did have a twin? But Disney murdered here because she was a shitty actress and it was cheaper to just pay Lindsay than to pay them both? I’m pretty sure this was just started by some Twitter user who was bored one day and is now suspended, but here’s a low quality video to get you thinking. I mean, what’s more believable? The fact that Disney killed off a child star, or that a movie in the 90s had a high enough production value and LiLo is a good enough actress to have played twins? Actually, I’m going to prove this wrong by assuming that Dina Lohan would have sold the story to E! by now.

Cancers are sentimental, emotional, and family-oriented, so what better conspiracy to tug on your heartstrings than the never-ending saga of Kurt Cobain and Courtney Love? Kurt Cobain died by suicide in 1994, but headlines surrounding conspiracy theories tied to his death have been making headlines as recently as this month. Courtney and her daughter, Frances Bean, are involved in a lawsuit involving Frances’s ex-husband and like, nine different conspiracy theories. If that wasn’t enough, a conspiracy theorist failed to get the city of Seattle to release the crime scene photos from Kurt’s death last month. There are tons of documentaries about this, but if you feel like really splurging, you can pay $4 to watch “Soaked in Bleach” on Amazon Prime.

Kanye West is technically a Gemini, but he’s almost as obsessed with himself as Leos are. Leos are known for loving attention and feeling like they’re destined for the limelight, and no conspiracy speaks to that more than the theory that David Bowie predicted that Kanye West would be destined to become a chosen musical prodigy, or whatever. This is basically a Leo dream.

Okay, so, you know how it’s common knowledge that the tobacco industry fucked with research to make it seem like cigarettes weren’t that bad? Well, this conspiracy claims that the sugar industry has been doing the same thing since the 70s. You vegans… I mean, Virgos, probably already know about this one, but if you don’t, you should give this documentary a watch. It claims that the sugar industry is trying to hide that it is the main villain behind heart disease, diabetes, and obesity.

Libra is a sign represented by the scales, so balance, fairness, and equality are important to you betches. You should totally watch Kill the Messenger. It’s based on the true story of journalist Gary Webb, who was investigating the crack cocaine epidemic in the 90s and was basically like “oh shit, I just uncovered a massive government conspiracy theory.” He reported that the CIA was facilitating crack being smuggled into America. It’s super complicated, and the movie clears it up, but in short it’s kind of like how Kris calls the paps before her kids go out to lunch so they know to take pictures of them.

Scorpio is a fixed sign that’s driven by leadership. Scorpios are also low-key pretty shady and love to be in control of everything. I’m going to say it’s safe to assume that if you’re a Scorpio, the alleged sex cult that started as a pyramid scheme may be at least mildly interesting to you. NXIVM is allegedly an insane sex cult that brainwashed people through seminars that were marketed as empowering. There are tons of conspiracies linked to this, so if you’re looking to really dive into the depths of the internet (because you’re an obsessive Scorpio), you’ll eat this shit up. I mean, there’s even an alleged connection to Stormy Daniels. It has everything.

Sagittarius – The Earth is Flat

I’ve said it before, and I’ll say it again; Sagittarius is the travel blogger of the zodiac. I’m not going to dignify the conspiracy theory that the Earth is flat with any kind of explanation or links to insane YouTube videos or podcasts. However, I will tell you that if you want to learn more, Tila Tequila’s Twitter account is probably a good place to start. Oh, wait. That’s suspended, because she’s insane. You could try Lincoln from The Bachelorette. Anyway, I’m not saying Sagittarians would actually believe that the Earth is flat, but I am suggesting that you guys would be really into this conspiracy and use it as an excuse to start some travel Instagram. Sagittarians are known to welcome very philosophical thinking, so y’all would definitely consider it to try to scam some poor boutique hotel in Australia out of a free stay.

Capricorn – Everything is a Scam

As a Capricorn, you’re pessimistic and practical AF. You probably wouldn’t want to waste a whole lot of time reading conspiracy theories, anyway, so you might as well learn about some shit that might actually be real. You should definitely watch the series Underworld, Inc. on Netflix. It basically attempts to reveal that everything in the entire world, like Las Vegas for example, is a scam.

Aquarians are weird as hell and practically the conspiracy theorists of the zodiac. You water bearers would probably be into any conspiracy on this list, but the Heaven’s Gate cult that orchestrated a mass suicide in 1997 will check every unusual interest off your list. It has aliens. It has UFO-based religious groups. It’s like, a one-stop shop for everything you could ever need. There’s a podcast called Heaven’s Gate on Spotify (or wherever you like to listen to your podcasts, I don’t know your life) that you like, need to listen to immediately.

Pisces are definitely some of the most artistic people, so you should prob read up on all of the conspiracy theories linked to one of the most famous pieces of art of all time, the Mona Lisa. This thing is ancient AF, so people have been making up shit about it since the beginning of time. Some theories make more sense than others, like the conspiracy that the painting was stolen to create forgeries. The rest are just probably good to get into while you’re stoned, like the idea that it’s proof that aliens are real.