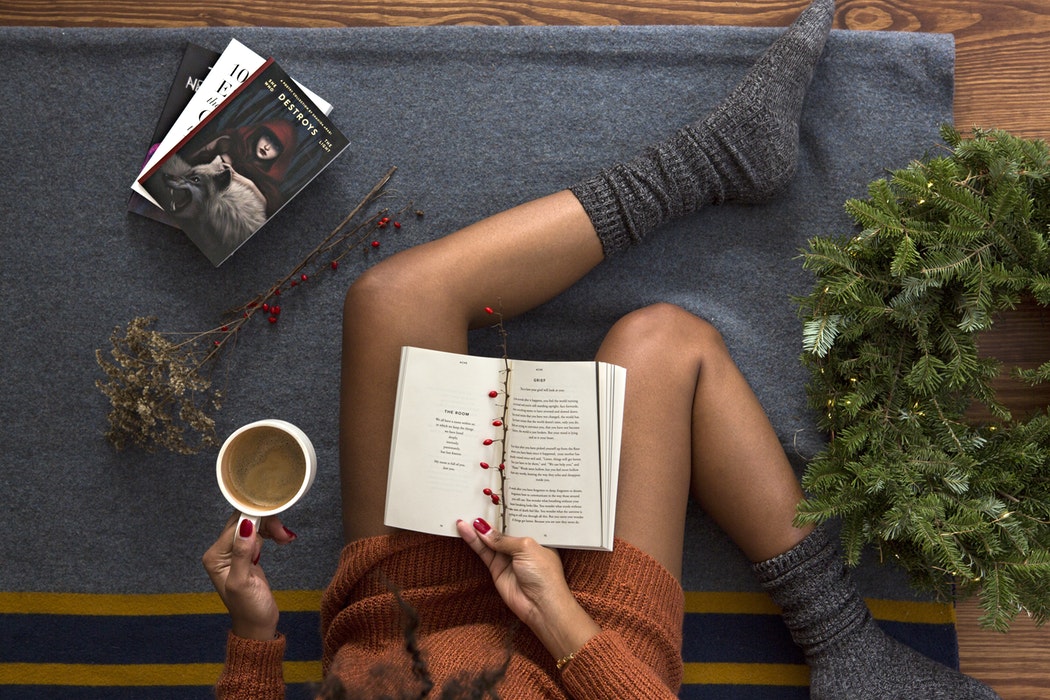 We’re in that shitty part of the year when the last seasons of our favorite shows are coming to an end until who fucking knows when. This forces us to find other ways to amuse ourselves that won’t make us broke or require us to leave the house. Let’s be real here. The only way I live  my best life is by burying my head in a good AF book and living vicariously through fictional characters who live in what feels like an Law & Order SVU episode. If The Girl on the Train and Gone Girl are any indications of how much we fucking love female-dominated psychotic, suspenseful, homicidal plots, then you’ll love these novels. Take it from someone who is an embarrassingly proud book nerd. Here are 7 psychological thrillers that will bring excitement to your dull life.

If you haven’t read anything by Ruth Ware yet, you’re seriously missing out. She’s basically the next Agatha Christie, tbh. Released last summer, her third, best-selling novel centers around four best friends who took compulsive lying to the next level. Although they saw it as a game in boarding school, the four of them left quite a legacy of lies and secrets in the past. Or, so they thought (DUN, DUN, DUN). Fast forward a decade or two later, the four have each grown and have content lives with families, jobs, husbands, blah, blah, blah, when they suddenly receive an urgent text from an old friend. A recent discovery in their old stomping grounds uncovers a series of lies they worked v hard to keep on the DL and makes them realize that they may not know each other as well as they thought. Bitches.

2. ‘Something in the Water’ by Catherine Steadman

First things first, you know when a book is a good if homegirl Reese Witherspoon plans on making a book-to-film adaption from it when it’s not even released yet. Hello, she’s the producer behind Gone Girl and spearheading the adaption for one of our favorites, Luckiest Girl Alive. This novel literally pulls you in from page one when we’re told by the narrator and main character, Erin, that she’s burying her husband six feet deep. Like, I’m sorry, but what? The story takes us through the picture-perfect lives of newlyweds Erin and Mark. They’re scuba diving in Bora Bora, which btw, sounds like the definition of fucking paradise, when they come across ~*something in the water*~. They’re left to decide if they should keep it their little secret or speak out. Regardless of what they choose, everything slowly begins to spiral out of control and obviously, one of them ends up underground.

3. ‘An Uninvited Guest’ by Shari Lapena

I have loved and finished the last two novels by Shari Lapena in just 24 hours, so I’m sure this one won’t be any different. The setting takes place in some woods in  Catskills, NY, so you basically know everyone’s fucked from the beginning. A cozy-looking lodge prides itself on being a lush winter retreat. But when a blizzard is in the forecast and all the guests are left without cell service, heat, and power, they’re definitely fucked. Haven’t they watched any horror movies, ever? Soon enough, a body is found. Great. Then a second and then, a third. AMAZING. All the remaining guests can do is just try to GTFO ASAP.

4. ‘The Perfect Mother’ by Aimee Molloy

Soon to hit a theater near you, starring the one and only Olivia Pope, the story takes place in Brooklyn and takes readers through the lives of the “May Mothers”. Although it sounds like a cult from The Handmaid’s Tale’s Gilead, it’s just a group of new mothers who talk about motherhood, their babies, and parenting. So like, typical Park Slope shit. Seemingly friends, they all decide to be like, “let’s go out tonight without the kids and be totally wild!!!” But while one of the mothers is out and about, her child goes missing. Police begin an investigation that probes Winnie’s secretive life and uncover unexpected twists and lies.

5. ‘Sometimes I Lie’ by Alice Feeney

I love a good book with the protagonist in a coma. I’m not saying I’m heartless, but it’s true. Right around Christmas, Amber, our unreliable narrator, wakes up in a hospital not being able to move, speak, or open her eyes. However, she can hear everything and everyone around her—they just don’t know it. She has no recollection of what brought her there, other than her gut instinct telling her, her husband had something to do with it. The story is told in three perspectives: present day, weeks leading up to the accident, and her childhood. If you can solve an episode of SVU in under 15 minutes, try your hand at this head-scratcher.

Yes yes yes fucking yes. This is the highly anticipated sequel to Find Her, a book we seriously loved. In case you haven’t read it yet, first of all, hurry and get your copy asap. Here’s what you need to know: College student Flora Dane was kidnapped while partying on spring break, aka our actual worst nightmare. For over a year, she was held hostage in a plot straight out of  Criminal Minds. Fast forward to five years after the incident, she now finds herself working with the FBI and our beloved detective D.D. Warren to bring other missing girls home. In this next thrilling novel, Flora and Warren are called into a case where a family is brutally murdered—all but one member. With the lone survivor on the run, Flora and D.D. two work together to find the answers they’re looking for.

This thriller takes us back in time to the late ‘70s. One of the very few female employees with the CIA is in charge of overlooking the safe houses in Berlin. One night, she finds herself a witness to something that happened in a safe house, and this potentially ruins her life. Flash forward to modern day, and this woman is suddenly murdered by her own son. FUCKING RUDE. Her daughter (aka the killer’s sister) is determined to figure out the underlying truth in the crime and by doing so, uncovers a bed of secrets about her mom and the life she lived.