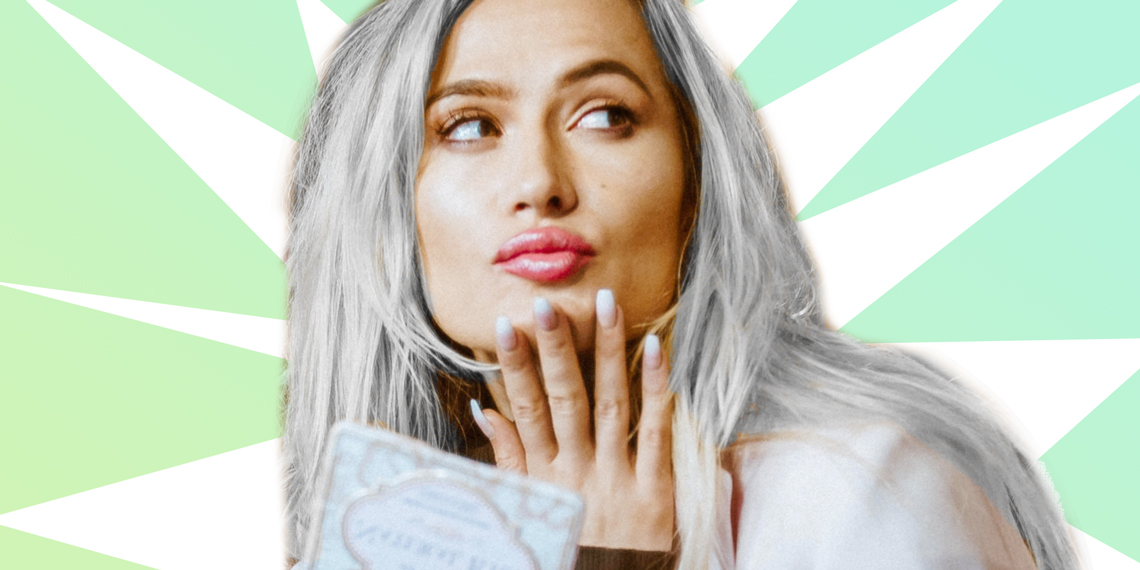 Top 5 Conspiracy Theories You Need To Know About

It’s summer, which means all of your friends are probably inviting you to social events that you don’t really want to go to, like happy hour, brunch, and the beach. Because being social and going outdoors blows, you’re going to need some solid excuses for ditching. Here are some of the best conspiracy theories to fall into an internet black hole with. Next time someone’s like, “let’s go hiking,” or your boss hands you an assignment, just tell them you have independent research to conduct, fire up Google, and throw one of these terms into the search engine.

Where even were you if you didn’t spend a week of your life watching Avril Lavigne conspiracy theories on YouTube in 2017? You should definitely already know about this one, but if you don’t, get on it ASAP. The theory is that Avril Lavigne died by suicide in 2003 and was replaced with a lookalike named Melissa Vandella, who was already working for her to handle public appearances. As if Avril’s Instagram game and transition to a life of wearing teased, pageant style hair extensions wasn’t evidence enough, this Twitter thread will give you all of the information to stay woke about the truth behind your favorite sk8r grl.

avril lavigne is dead & was replaced by a look alike: a conspiracy theory thread pic.twitter.com/9eearQ2rte

2. We Never Landed On The Moon

The only space-related conspiracy theory that’s trippier than anything about alien abductions or whatever is the theory that we never landed on the moon. Basically, the government just made a mad expensive movie and was like, “hello, yes, just got back from the moon, HMU.” Do we actually believe that a bunch of computers less powerful than the graphing calculator you used in middle school sent a guy to the moon? Here’s a guy from BuzzFeed explaining why that’s bullshit. I believe him because he has glasses and a mustache, and you should, too.

For a long time, I have believed this theory to be fact. I like to casually drop it into conversation like it’s something people should just generally know. You know, like, Donald Glover is Childish Gambino and Katy Perry is JonBénet Ramsey. I’ve never actually looked into this conspiracy theory until now, because ever since taking one look at a side-by-side of Katy and JonBénet, I’ve always been like, “yeah, seems legit.” Anyway, here are the details I found in my seven minutes of thorough research. The Illuminati kidnapped JonBénet, her murder was totally faked, and then a couple years later, they were like, “okay, JonKaty, you can now sing pop music that will be wildly popular for a few years until everyone gets sick of you and it essentially only plays at Kohl’s stores.” This theory is primarily based on the similarities in Katy and JonBénet’s eyebrows and ignores the fact that Katy is six years older, but I still recognize it as the truth.

4. Project MK Ultra Was The Government’s Attempt at Mind Control

I know that I probably just lost a lot of credibility by asserting that the JonBénet Perry thing is true, but this MK Ultra shit really happened. Don’t believe me? Just watch Stranger Things. Duh. Originally, I assumed that MK Ultra was a beer that frat guys drink, but then I learned that it’s actually a program the CIA ran to brainwash people. They were just like, giving people LSD and torturing them to see if they could control everyone’s minds. The really fucked up part is that they targeted marginalized people, like sex workers, to try to get away with it. It was originally supposed to turn people into spies during the Cold War, but now YouTubers say that it’s the reason celebrities like Kanye act crazy.

5. Britney Spears Was Hired By Bush To Distract Us

There are sooo many George W. Bush conspiracy theories I could have put in this roundup, but I’m going to go with this one because it’s prob the least depressing and most entertaining. People think that Bush hired Britney Spears to act wild during his presidency to distract from the fact that he was fucking up the country. I mean, just check out this timeline. Brit shaved her head and attacked a paparazzi with an umbrella the same night Bush announced the reformation of Al-Qaeda. Bam.