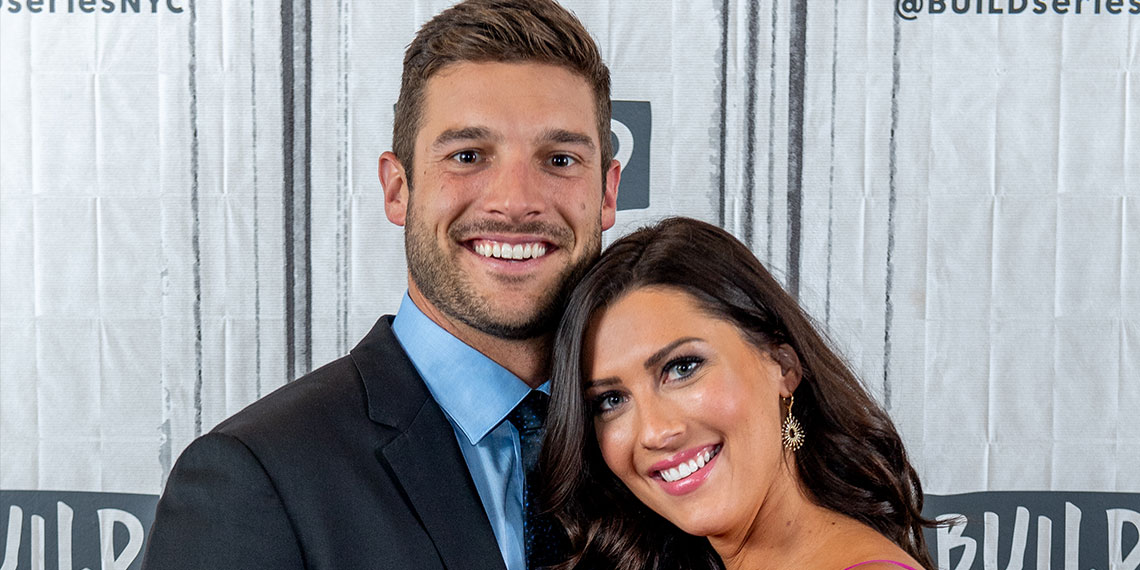 Becca Kufrin & Garrett Yrigoyen Officially Broke Up, Surprising No One

In a plot twist that absolutely everyone saw coming, it’s officially the end of the road for Bachelorette couple Becca Kufrin and Garrett Yrigoyen. After weeks of speculation, a couple of emotional updates from Becca, and various sources “confirming” the breakup (and Becca seemingly un-confirming the news), Becca shared an update herself in Tuesday’s episode of the Bachelor Happy Hour podcast. In a solo segment at the end of the episode, Becca confirmed what everyone has basically known for a while now, saying “I don’t think it’s going to come as a shock to anyone, but Garrett and I have decided to end our engagement.”

She commented on the rumors and reports about her relationship status in the last couple months, saying that it’s not up to anyone but her and Garrett to comment on their relationship. She didn’t elaborate on the timeline of their split, but it’s clear that they didn’t just break up yesterday. Becca said in the last few months, she “spent a lot of time in Minnesota with family and friends,” in an effort to “gain clarity” about the best way to move forward.

Ultimately, she said, “After many conversations we came to this decision—it wasn’t something that we just arrived at one night. It wasn’t based solely off of one Instagram post, or somebody else’s opinions or comments. There’s much more to it, to any relationship, there’s a lot of layers. It’s not for me to divulge details.” Okay, so maybe Garrett’s pro-police Instagram post wasn’t the only thing that caused the breakup, but the fact that Becca is even mentioning the post suggests that it didn’t exactly help their situation.

Becca, who was fighting back tears for much of her message, didn’t express any negativity when talking about her time with Garrett. Instead, she said she’s “grateful” for the experience, and added, “We went on this crazy TV show over two years ago in hopes of finding love, and we were lucky enough that we did… we really, truly did.”

Becca and Garrett’s political differences were no secret. From the very beginning of Becca’s season, Garrett was tainted by a past of liking problematic posts on social media, and his comments earlier this summer confirmed that his views remain in solid “yikes” territory. You love who you love and all that, but hopefully the best is yet to come for Becca. Who knows what she and Garrett will do from here, but realistically we’ll probably only be paying attention to Becca. There are reports she’s been on the set of Clare/Tayshia’s season of The Bachelorette, so we may even get to see her on our TV screens this fall. Fingers crossed!