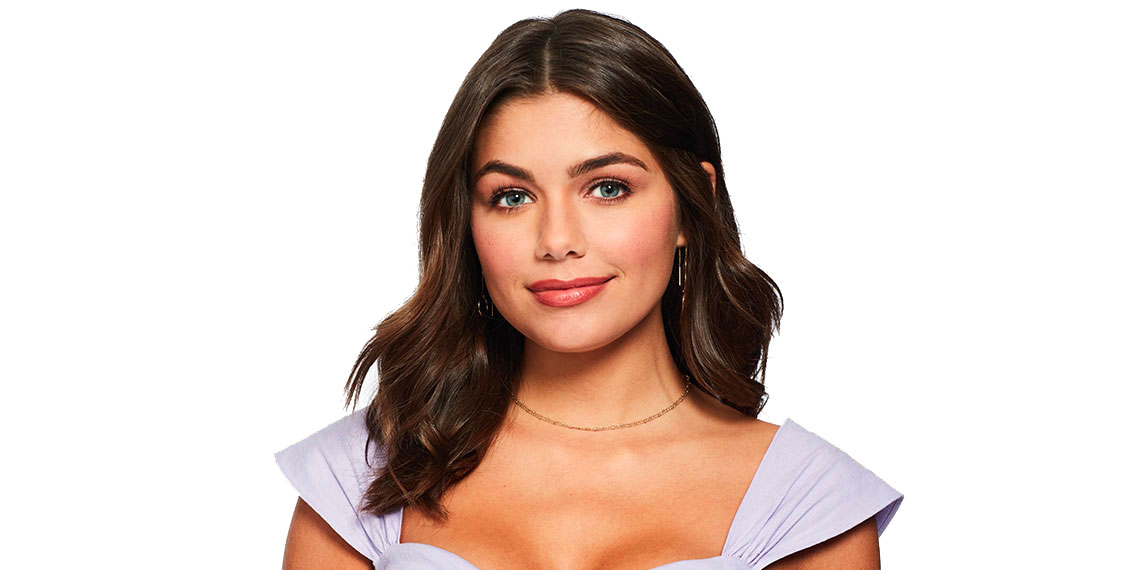 What Is Hannah Ann Doing At The ‘Bachelorette’ Filming Resort?

With this week’s bombshell news that Tayshia Adams will be replacing Clare Crawley as the Bachelorette, it’s no surprise that this season is in a state of flux. After just 12 days of filming, Clare found true love, and she might even be engaged to Dale. Some sources say Tayshia called back some guys that Clare sent home, but it’s unclear if any of them actually made the trip back to Palm Springs. And this week, ABC released the most cryptic teasers ever, suggesting that this could really be (say it with me) the most dramatic season ever.

So what could possibly make this season just a little bit more dramatic? Well, in a turn of events that is very exciting to me personally, Hannah Ann Sluss has been spotted on the property. That’s right, according to a report from Us Weekly, Bachelor Nation’s resident supermodel has arrived at the resort where filming is taking place. I thought she would be upset about not even being the backup Bachelorette, but what if she’s the backup-backup Bachelorette?? Okay, I’m getting ahead of myself, but let’s go over what we know so far.

Hannah Ann rolled up to the La Quinta Resort on Tuesday, and Us Weekly’s photos show her arriving with a big-ass suitcase. I’m no model, but that doesn’t look like the kind of suitcase you bring if you’re only staying for a night or two. Then again, maybe she just overpacks. In another photo, Hannah Ann is wearing a mask and talking to another woman, who is reported to be Bachelor producer Julie LaPlaca. If you recall, Julie is the producer who people (myself included) thought Peter Weber was dating at the end of his season (yes, that happened this year; no, time isn’t real).

Hannah Ann has arrived on #TheBachelorette set with a large suitcase. So, she must not be there just to give Tayshia advice. 🤔#TheBachelor #BachelorNation pic.twitter.com/AqIIO6hCWj

So, based on this evidence, Hannah Ann seems to be involved in filming in some way. But how?? In the past, it’s been pretty common for some past Bachelor Nation peeps to come back and give the lead some advice. That could be what’s happening here, but I’m not convinced. First of all, and I mean this as nicely as possible, but who the f*ck would take relationship advice from Hannah Ann? I don’t think Pete should have proposed to her in the first place, but come on, that relationship isn’t a shining beacon of success. And besides that, do Hannah Ann and Tayshia even know each other? They follow each other on Instagram, and there’s a chance they’ve met IRL, but Tayshia surely has closer BN friends who could come help her out, right?

Also, with quarantine rules theoretically in place, it seems like a lot of work to drive out to Palm Springs and quarantine just so you can attend a group date and give some mediocre advice after. Taking into account the large suitcase, what if Hannah Ann is planning on staying for a while? They’ve already essentially thrown out the rulebook for this season, so who knows what twists could lie ahead? Two Bachelorettes at once? It could happen—in fact, it’s happened before.

But Hannah Ann’s arrival at The Bachelorette’s desert palace isn’t the only thing we need to talk about, because there are also rumors that Becca Kufrin is there. There isn’t specific photo proof like there is with Hannah Ann, but IG account @bachdetective has matched up details from several of her recent photos with the resort where filming is taking place. There’s a door, a window, some flooring, and perhaps most telling, a green wristband that resort guests have to wear (the same account also spotted Hannah Ann wearing the green bracelet yesterday). Those details could easily mean nothing, but I’m not not intrigued. BECCA, WHAT IS THE TRUTH?

Did Becca really dump Garrett? Is she back for another chance at finding love?? What if there’s like… a whole group of Bachelorettes??? At this point, I’m basically turning into a Bachelorette conspiracy theorist, but really, how else should I be spending my time right now? Based on recent social media posts, Hannah Ann and Becca both still had their phones yesterday, but if they go silent on Instagram, we’ll really know something is up. Until then, I guess I’ll just frantically refresh Reality Steve’s Twitter feed every 10 minutes in case I miss anything.