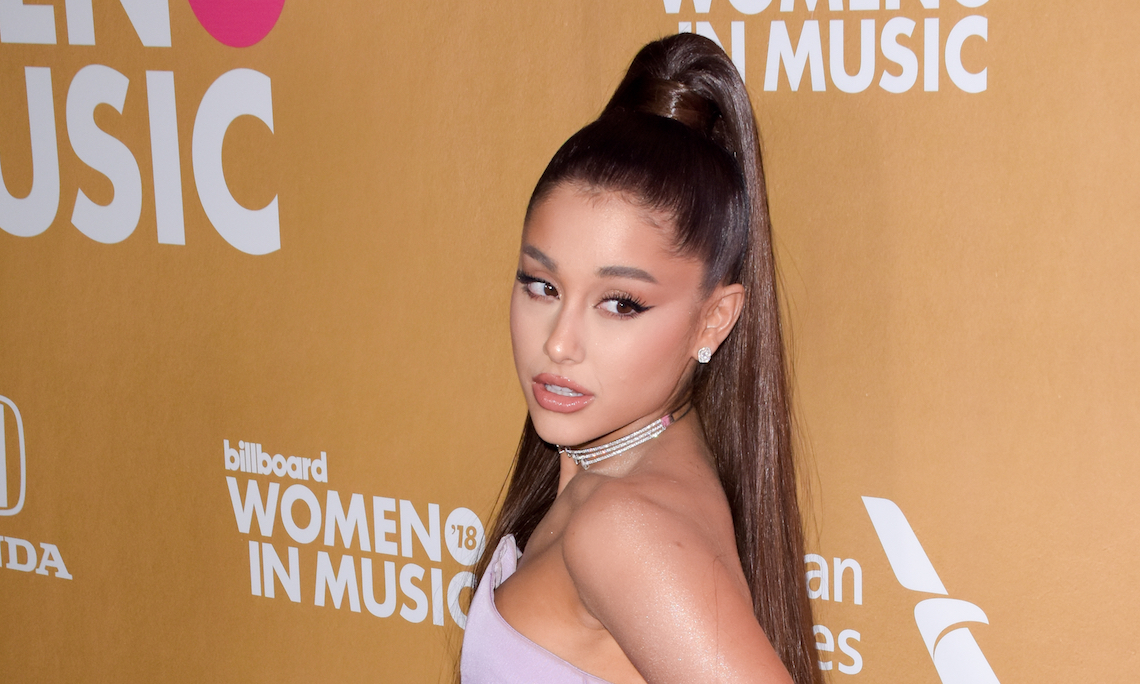 Ariana Grande And Kanye West Are Now Feuding On Twitter

Looking back on 2018, I don’t think any celebrities have caused more headlines than Ariana Grande and Kanye West. Kanye has spent large chunks of this year on social media, sharing his thoughts on everything from Trump to religion. Ariana has obviously had a crazy year, from her relationship drama to releasing a number-one album and the biggest hit song of her career. These two are as big as it gets, and now they suddenly have beef with each other on Twitter? Honestly, 2018 really needs to end already.

As we all know by now, Kanye West and Drake’s feud has been reignited in the past week, and that’s all I’m going to say about that, because I don’t really feel like recapping it. Kanye is back on Twitter in full force, and he’s basically been tweeting nonstop this week, about Drake, and Travis Scott, and everyone else who’s in his burn book. Meanwhile, Ariana Grande released her new song, “imagine,” on Thursday night, and she took the feud as an opportunity to promote the new single.

guys, i know there are grown men arguing online rn but miley and i dropping our beautiful, new songs tonight so if y'all could please jus behave for just like a few hours so the girls can shine that'd be so sick thank u

When I saw this tweet, my initial reaction was something to the effect of “YAS QUEEN SLAY ARI.” I can’t help it, I love Ariana. The new song is beautiful, and I want the best for her. But the more you think about this tweet, the more it seems really unnecessary. Ariana has never been more popular, so jumping on this feud for self-promotion feels a little cheap.

This morning, Kanye fired back at Ari:

As much as it pains me to say that I agree with something Kanye West is saying in 2018, he’s right. Yeah, his tweets are wild and he can be very problematic, but it’s clear that he’s going through some sh*t right now. Kanye has been very public with his mental health issues for a while now, so it’s probably best to just hang back and let him spiral for a minute. There’s nothing wrong with criticizing his politics, but that’s not what this is about.

As I’m writing this, Ariana just tweeted back at Kanye with an apology:

with all due respect, i don't need to use anyone to promote anything. period. i was making a comment ab what men were doing at the time vs. women. it was a joke which i understand now was probably insensitive. i apologize if i was in any way triggering and hope u feel well today.

I feel pretty confident that this will be sufficient to put the feud of Ariana Grande and Kanye West to rest, but who really knows. I love Ariana saying that she doesn’t need to promote anything, because she’s basically right. She’s out here breaking streaming records left and right, so this song is going to be a hit no matter what. We’ve all made jokes that crossed the line before; it happens.

Now that this beef has (hopefully) been squashed, let me bless you with my personal favorite Kanye tweet from this morning:

Ministry!!! Forget the Pope, we’re all at church with Kanye now. Priests around the world are shook AF. Sincerely, I hope Kanye West gets whatever treatment he needs, because mental health issues suck, no matter your politics. In the mean time, maybe he should cool it with the stream of consciousness tweets, just a thought.