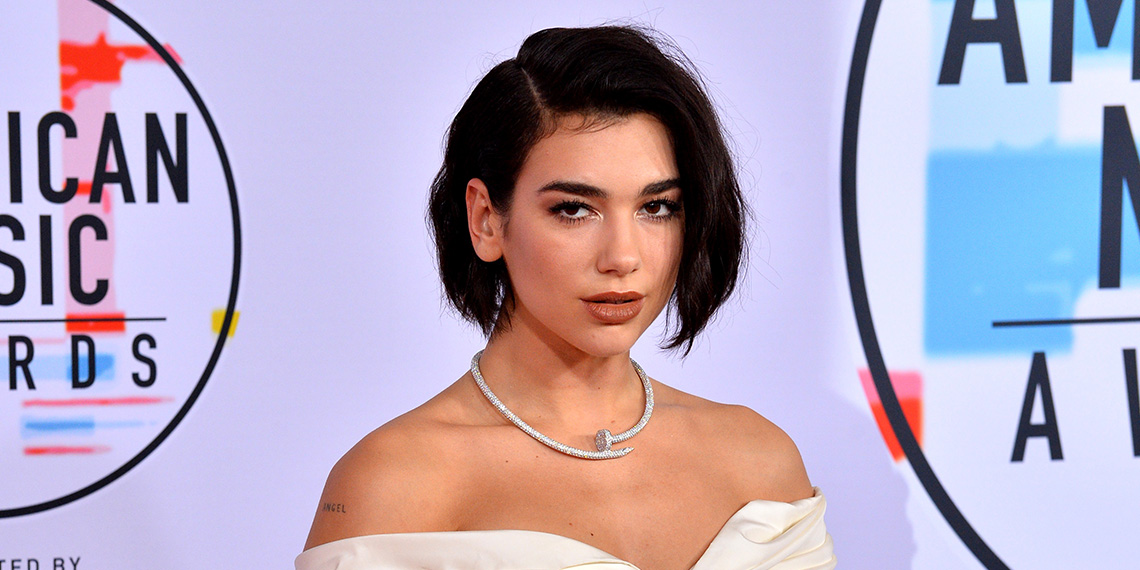 9 Celebrities Who Have Traveled Way Too Much This Summer

As we’re all very aware, this is not a normal summer. As we do our part to minimize the spread of coronavirus, that means the majority of travel plans are not really an option right now. Depending on the situation where you live, you can hopefully plan some COVID-friendly weekend getaways—provided you follow state quarantine guidelines—but with a U.S. passport not worth the paper it’s printed on, your big international trip just isn’t happening this year.

We’ve all had to make massive adjustments this year, but if the hellscape of 2020 has proved anything, it’s that celebrities are not just like us. In March and April, most celebs were staying home like the rest of us, making cringeworthy PSA videos and entertaining us with concerts on Instagram Live. But nearly six months into the pandemic, celebrity behavior is a very mixed bag. While some are still hunkering down, others are a little too determined to get back to their normal lives.

While celebrities’ access to things like private planes and rapid test results certainly makes it easier for them to travel, there’s no way to fly around 100% safely right now. And beyond whatever risks these people are taking for themselves, they’re also setting a sh*tty example for their many followers. I don’t expect every celebrity to be a beacon of good judgment, but come on.

I’m a huge fan of Dua Lipa personally, which is why I’ve been especially annoyed watching her fly around the world this summer. She and boyfriend Anwar Hadid have been together this whole time, starting with a few months of actual isolation at her home in London. They celebrated her album release and their one-year anniversary in quarantine, and were doing so well! But then at the beginning of July, Dua and Anwar flew to the Caribbean island of Saint Lucia for vacation. Dua captioned her first vacation post “island isolation,” so hopefully they were actually isolated while there, but they still went on vacation.

By mid-July, Dua and Anwar were in New York City, where they were photographed out and about numerous times—usually wearing masks, but not always. While on the east coast, the couple also spent time at Yolanda Hadid’s house in Pennsylvania, where they saw Bella and a very pregnant Gigi Hadid. Since the end of last month, they’ve been in LA, and they haven’t exactly been isolating. Dua posted a photo hanging out (indoors, no masks) with Miley Cyrus, and last week she celebrated her 25th birthday with a party. Dua!! Stop that!!

In life you have to live in the moment and be grateful for the present and all that’s infront of you not behind you! I’ve had one of the most amazing trips ever. Thank you @ultimacollection #ultimacollection #ultimacorfu I’m so grateful to you and your amazing staff for looking after us on one of the most dreeeeemiest holiday ever. I’m forever grateful but I’m going to need to get back to work. I can’t wait to show you all why I took this break and what Me and my team have been cooking up for you all! It’s so exciting! Hold on bots! Something is coming! 😈🥳😝

Much like Dua Lipa, British singer Rita Ora spent the first few months of lockdown more or less in actual lockdown. She rented a house in the Cotswolds (major The Holiday vibes), and other than some bikini pics in nature, it didn’t seem like she was doing much. But just like Dua Lipa, she got bored of isolation sometime in June, and by the beginning of July, she was on vacation in Paris. Since then, she’s spent time at home in London, and more recently, she’s been on back-to-back holidays in Ibiza and Greece. I know the COVID travel situation is slightly different in Europe currently than in the U.S., but maybe this summer would be a good time to limit yourself to like, one beach vacation? Also, I know there’s more to do in Ibiza than just clubbing, but is it really worth it to go when the clubs aren’t even open?

Timothée Chalamet and Eiza Gonzalez vacationing in Mexico in the midst of a global pandemic! pic.twitter.com/JAAlvKAHsJ

Timmy keeps a pretty low profile on social media, but paparazzi and fan photos have provided us with sporadic updates on his ever-changing pandemic whereabouts. He’s spent most of the last six months in New York, but in June, his trip to Mexico was major tabloid news. That’s mainly because he was spotted at a resort in Cabo getting close with Eiza González, the first time they were seen together. Earlier this month, he flew from the U.S. to Hungary, where postponed reshoots on the upcoming Dune movie were allowed to go forward. Americans still face strict restrictions when traveling to European countries including Hungary, but judging from the timeline here, it doesn’t appear Timothée quarantined for 14 days.

Kanye West has been in the news a lot this summer, but I’m surprised his traveling hasn’t gotten more attention. Last month, Kanye tweeted that he was running for President, and then made headlines for some questionable comments made at a rally in South Carolina. Kanye’s comments about Harriet Tubman and abortion raised a lot of eyebrows, but also… why was he in South Carolina? He doesn’t live there, and in terms of his Presidential campaign, he didn’t even meet requirements to be listed on the ballot there. He hasn’t hosted any more campaign rallies since then, but that doesn’t mean he hasn’t been traveling.

In the past month or so, Kanye has spent a lot of time at his ranch in Wyoming, where Kim flew to visit him from LA at the end of July (the whole family also went to Wyoming on a separate trip earlier this summer). But rather than just staying in Wyoming, the whole family went on vacation earlier this month, with E! News reporting that they spent time in an undisclosed tropical location. Again, I know these people fly private everywhere and probably have unlimited access to testing, but it’s still not a great look.

A number of Real Housewives and Bravolebrities have exhibited some questionable judgment during the pandemic, but RHOC’s Kelly Dodd has undoubtedly been the worst of the bunch. Early in the pandemic, when New York was the global epicenter, she flew back and forth between NYC and California to spend time with her fiancé, Fox News host Rick Leventhal. At the time, she received major backlash for comments on Instagram about coronavirus being “God’s way of thinning the herd,” and her subsequent terrible takes on Black Lives Matter didn’t help her reputation in the Bravo community.

Going on another adventure.,, thanks @asiajones101 nothing like flying private and yachting .. loving my chain 😷 mask @babydish_

This summer, Kelly has been all over the place, taking a family vacation to Florida in June, and a trip to Mexico last week, in addition to traveling between New York and California. Earlier this summer, RHOC resumed filming for their 15th season, and despite half the cast contracting COVID-19, and their cast trip being cut short, Kelly somehow avoided getting sick. Kelly has posted about getting tested numerous times, at least, but it doesn’t make the traveling itself any less risky.

When comparing reality TV stars’ responses to the pandemic, Bachelor Nation manages to make the Real Housewives look like responsible members of society. The days of Tyler, Hannah, and Matt James at the quarantine house are long gone (and that was questionable to begin with, tbh). Since leaving that overcrowded house in Florida months ago, Hannah Brown has spent time at home in Alabama, and is now living in California.

Back w my girls

Madison Prewett has also hopped around quite a bit. She spent the first few months with her family in Alabama, before heading to Atlanta for a couple weeks in June, where she hung out with fellow Bachelor alums (mask-free, naturally). In early July, she was in Los Angeles, where she hung out with Hannah Ann, before heading to Nashville by the end of the month (and maybe also back to Alabama, it’s honestly hard to keep track). Now, she’s back in LA, and she just had her hair done by the same woman who gives frightening extensions to the likes of Amanda Stanton, Corinne Olympios, and Kim Zolciak Biermann.

I try not to keep tabs on too many Bachelor Nation people for fear that I will actually lose my mind, but suffice it to say that Hannah and Madi are not the only two Bachelor alums that have been a few too many places this summer.

With the big bro @chancetherapper

Justin and Hailey started out their quarantine at their lake house in Canada, which is kind of the perfect place to be isolated for a while. But, like everyone else on this list, the whole “quarantine” thing pretty much lost meaning after a few months, and the Biebers have done quite a bit of traveling since then. For much of the summer, they’ve road tripped in an RV together, which is better than flying, but it’s not like they’ve been isolated on their travels. They went to Chicago, where they hung out with Chance the Rapper, they’ve had people on their boat, and recently, Justin has posted pictures from multiple different group dinners. Overall, Justin and Hailey aren’t the worst on this list, but they’re also doing more than they need to be.

In general, it’s frustrating that people with influence are so blatantly flaunting their privilege at a time when people are losing loved ones to COVID and struggling from the economic impacts of the pandemic. There’s no such thing as risk-free travel right now, and these people are taking those risks a little too lightly.