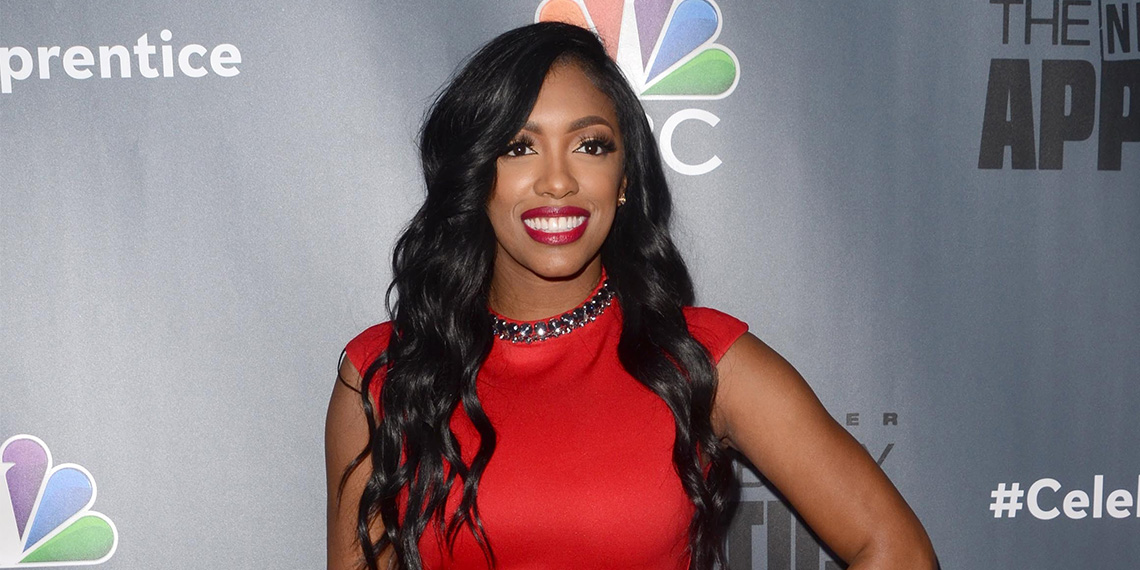 The Best & Worst Bravolebrity Responses To The Protests

If you’ve been watching Bravo shows like Real Housewives and Vanderpump Rules for years, you’ve probably come to terms with the fact that not all the cast members are great people. But usually that’s in the context of the show. It’s entertaining to watch someone be a nightmare on a group trip, but when that same person starts spouting ignorant nonsense on social media, it’s no longer fun.

A lot of Bravolebrities usually keep their views on real world events pretty quiet, but in the last week, pretty much everyone has posted in support of the Justice For George Floyd campaign, at the very least. And while some Bravolebrities have had amazing, inspirational responses to the current situation, some have really f*cked it up. Here are some of the Bravolebrity responses to what’s going on in the world right now, from the uplifting to the problematic.

Thank you for your peaceful and powerful voice friend. I am in tears watching the events of tonight in the city that I love. I pray for peace. Justice. And for all the tired and broken hearts and souls tonight.

Porsha Williams is the granddaughter of civil rights leader Hosea Williams, and she’s done his legacy proud over the last week. Last week, she peacefully protested in Atlanta with RHOA costar Shamea Morton, and spoke to a local news network about the need for justice. In the powerful clip, Porsha said “I may be well-known, but I am here to be a voice for the voiceless,” and demanded justice for George Floyd and greater change in black communities. Porsha has come a long way since the days when she thought the Underground Railroad was an actual train.

I swear the media is doing THEE MOST race baiting! If it wasn’t for social media, we wouldn’t have seen the peaceful protestors at all! Watch the news and it’s all violence and looting by people who are clearly not a part of the cause! Am I the only one seeing this? Frustrating!

Monique has been very active on Twitter over the past week, sharing her own thoughts as well as retweeting a lot of information and insightful commentary. She also brought attention to the elections happening in many states on Tuesday, which is important, because state and local elections have a direct effect on a lot of the issues at hand here.

To put it simply, Kelly Bensimon has been a disaster on social media this week. Multiple times, she’s posted something offensive or inaccurate, gotten called out, deleted the post, made a confusing apology, and then put up another offensive or inaccurate post. We’re all learning, and it’s okay to make honest mistakes, but Kelly’s posts just feel reckless and tone-deaf.

In this tweet from Monday, she shared a photo of peaceful protestors blocking a highway, claiming that it was a scene from the Hamptons in real time. She called for an end to the protests and loitering (lol, she meant looting), ignoring the whole reason why the protests are occurring. On top of that, this isn’t the Hamptons, it’s Connecticut, and the photo was from Sunday, not Monday.

Despite making some bizarre apologies, Kelly obviously still doesn’t get it. On Thursday morning, she tweeted this graphic attempting to explain white privilege. In the tweet, Kelly called herself a “victim of how white privilege sounds” (not a thing), and also used a Blue Lives Matter hashtag. Kelly says that she’s learning, but any white person who thinks now is the time to call themselves a victim clearly hasn’t learned enough.

I’m a victim of how white privilege sounds. See below to help change the way we speak. #BlueLivesMatters pic.twitter.com/Edyx9wdtcr

Kelly also doesn’t seem to understand the reasons Black Lives Matter exists and why it’s problematic to swap out “Black” with other words. Over the weekend, she posted an “All Lives Matter” tweet, which she later deleted. She’s apologized for the “verbiage mix up“, and has used #BlackLivesMatter in many subsequent posts. But then, today, she’s talking about Blue Lives all of a sudden? Yeah, no.

The Real Housewives of Orange County is one of the more conservative casts on Bravo, so Braunwyn’s recent behavior has been a breath of fresh air compared to that of her costars. Braunwyn has joined peaceful protests multiple days this week, and even brought some of her children to a protest on Wednesday. She isn’t afraid to speak out, and her sign in this photo is really great: “There is a name for white people in OC who protest their ‘right to a haircut’ but stay silent when black lives are murdered: RACIST.” Damn.

Speaking of Braunwyn’s RHOC costars, this has been a trying time to follow Kelly Dodd on Instagram. She’s spent the last few months flying back and forth between New York and California, downplaying the danger of COVID-19, and even calling it “God’s way of thinning the herd.” Unsurprisingly, she’s been similarly problematic over the past week. In one Instagram story (which got deleted), she called protestors “animals” committing “terrorism on our land,” and opined that they don’t have problems like this in England (false, btw). Her words were completely disgusting, and though she’s pivoted to saying Black Lives Matter on social media, it’s hard to believe that’s anything more than a PR move.

Eva has been one of the most active Housewives on Instagram this week, posting informational videos, voting PSAs, and inspirational messages daily. Her profile has become a valuable platform for updates, including multiple posts bringing awareness to fake protestors breaking windows and looting just to cause chaos. Eva isn’t taking any of this lightly, and her dedication to this cause has really been amazing to see.

It’s time to wake up and be honest. It’s not enough to say you’re not racist. Let’s commit to doing the work to make a change!

More than most in the Bravo community, Katie seems to understand and accept the work that it takes to educate yourself and be a good ally. In addition to posting several times in support of Black Lives Matter, she’s also used her platform to spotlight black-owned businesses, anti-racist literature, and a Google Doc with hundreds of resources dedicated to dismantling systemic racism. Katie showed a hint of this understanding on this season of VPR when she called out the police prank as problematic, and she’s backing that up with action.

What is happening now has nothing to do with the tragic death of George Floyd – criminal looting is stealing – our businesses hurt by COVID don’t deserve this!!! You are blessed to live in the USA. Leave our small businesses alone!

Taylor Armstrong is the kind of person who makes me want to stay off of Twitter right now. While she’s repeatedly condemned the murder of George Floyd, she doesn’t seem to get the larger issue here. She’s tweeted many times about looting and the effect on small businesses, and yesterday she added that the protestors are “blessed to live in the USA.” Really? I’m sure I can think of plenty of people who don’t feel blessed to live in a country that has systematically oppressed them for centuries, and to even suggest that is incredibly tone-deaf.

In another tweet, Taylor suggested that, because she is part Native American, she understands “heritage issues.” I don’t really know what she means by that, but I’m going to stop thinking about it before I get any more angry.

In a powerful Twitter thread from last week, RHOP’s Candiace Dillard challenged non-Black allies to do better, saying that “the oppressed cannot drive out oppression on our own.” She called out those she works with, saying, “I’m disappointed that amongst my white colleagues, who have no problem using their platforms to promote their businesses, their clothing lines, their restaurants and everything in between, there has been virtual silence.” In the week since Candiace posted this, many more people have shown their support and joined the conversation, but this is an important message to remember even when Black Lives Matter isn’t trending. Being an ally is a 24/7 job, not just when there’s a hashtag to share.

My kids researched and found this peaceful protest that we attended today. It was organized by teenagers and was 2k-3k strong. My girls made our signs and wanted to be the 1st ones there. You have to talk to your children so that they understand because they too want their voices heard. #blmbethesda #justiceforgeorgefloyd

RHOP’s Gizelle Bryant has been outspoken on social media, and on Tuesday, she posted that she brought her daughters to a protest. She specified that her daughters did the research to find the protest, made their own signs, and wanted to be the first ones there, which makes my heart so warm. The children, they really are the future.

If you’ve watched even one episode of RHONY, you probably know that Ramona Singer is a piece of work, and her behavior this week has been… frustrating. After saying nothing over the weekend, her first comment on the current situation was in the form of an “all lives matter” comment. Oof. She was called out by many, including castmate Leah McSweeney, and deleted the comment. Since then, she’s posted a couple times, and said Black Lives Matter, but she’s been quiet since her Blackout Tuesday post. It seems like Ramona got the message about not saying All Lives Matter, but I’m not convinced she actually cares, or plans to do anything more meaningful. Not necessarily surprising, but it’s too bad.

The majority of the Bravolebrities haven’t been problematic this week, but he’s be honest, our expectations for them are pretty low. It’s good that only a handful have been out here spreading bullsh*t, but the vast majority of them could still do way more. These are just some of the best and worst examples, but if you want a more in-depth list of each Housewife’s posts, writer Tracie Morrissey has meticulously catalogued them in her Instagram Story highlights.