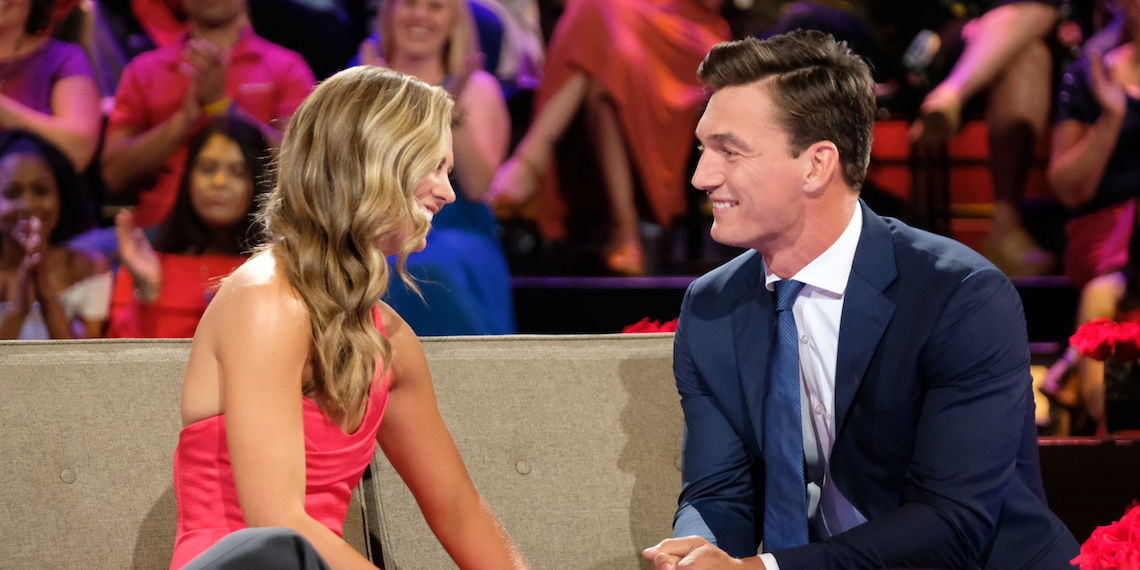 The Thirstiest ‘Bachelor’ Celebs During Quarantine

I tell you, the quarantine has brought out the best and the worst in people. And by “people” I’m not talking about your crazy Aunt Cheryl’s return to Facebook, I’m talking about the plague upon humanity that is Bachelor Nation. I think it’s safe to say I’m always talking about The Bachelor, mmkay? While the most exciting thing in our day-to-day lives has been getting dressed up to take the dog out to poop three times a day, ABC’s children of the corn have been treating quarantine like their own personal PR playground. They heard “pandemic”  and instead of thinking of new ways to relax and reset, they’re out here finding new and creative ways to stay relevant even though absolutely no one asked them to. So, without further ado, here are the thirstiest people in Bachelor Nation right now, who really need to do less.

Am I surprised that Chad Johnson is using this pandemic to extend his 15 minutes of fame? No, not at all. Do I want to see it, though? Also no, not at all. Surprisingly, Chad isn’t pulling the move I thought he would and starting Twitter fights with a new person in Bachelor Nation every two days, but he is promoting his OnlyFans real hard. It’s apparently now free, which I think kind of defeats the purpose of having an OnlyFans?

Just made a new FREE OnlyFans account! Check it out! 😈https://t.co/n6G9BInqoY

He also apparently bought domain names for various Bachelor alums. He really is the Martin Shkreli of Bachelor Nation. I’m not going to click any of the links, because I don’t want to give Chad the satisfaction, but I would imagine they just redirect to his OnlyFans page.

Who has a better website? Kelsey Weier? Chase Mcnary? Hannah Ann? Or Derek Peth? Or Robby Hayes? Personally I like all of them.https://t.co/2S2HD0fvB3https://t.co/xSDBBKrqrDhttps://t.co/uogKYUt3Jshttps://t.co/nAKMFtiPPrhttps://t.co/tmHxuN1WLn#TheBachelor

You guys: Say OnlyFans again.
Me:

Poor Clare. America’s favorite spinster was just a few weeks away from finding her happy ending with all of those post-Bachelorette sponsorships, when the world shut down due to a global pandemic. If that’s not the most Clare thing to ever happen to a person, then I don’t know what is. But Clare has been staying strong and clinging to her relevance harder than I’ve been clinging to the idea that I still have 4th of July plans. When COVID first hit and ABC announced that her season would be postponed, she took to Twitter to reignite a feud with her Bachelor ex Juan Pablo. More recently, Clare hopped on Instagram to announce that she still has the dress she was dumped in on national television six years ago. That would be special if I didn’t 100% believe all contestants are contractually obligated to keep those for 10 years after their season is over lest ABC miss an opportunity to exploit the most painful and humiliating moment of their life for their own personal gain.

#TheBachelorette’s Clare Crawley reveals why she kept the dress she wore when she split with Juan Pablo Galavis. Hit the link in bio to read what she said about that “empowering” moment. 💪 (📸: ABC)

While I appreciate Clare’s efforts to remain relevant, her tactics just feel tired. Starting sh*t with your ex from six years ago on a public platform? Posting about your hoe clothes from the past?? These are things I would have done in college, and all it earned me was pitying looks from my sorority’s Safety and Wellness chair.

I feel for Hannah Ann, I really do. She did all the right things while competing for Peter’s heart. She laughed at all of his jokes, she cried when she was supposed to, she let Peter talk her into recreating that scene from Titanic during their Fantasy Suite date, and she didn’t even look repulsed when Peter’s mom called Pachi post-coitus. She was denied the coveted Bachelorette spot and now it’s looking like Paradise might be out for her too. This was supposed to be her time to shine!! How is she supposed to get modeling gigs that aren’t for off-brand shapewear or a Denny’s menu if she isn’t able to capitalize off her Bachelor fame?? And so this is why I forgive her for staging her own paparazzi shots during a global pandemic. I’ve seen more stories online about Hannah Ann being “spotted” in LA than I have articles from the CDC about proper hand washing. When she’s not being “caught” out and about it in a full face of contour, she’s been blowing up the TikTok scene with cringey dance routines that feature her favorite famous friends. Honestly, I hope this strategy works for her. She deserves to get something out of her relationship with Peter other than just time served.

Guys, I’m worried about Peter. There, I’ve said it! After failing to make it work with 25+ of America’s Next Top Instagram Models, getting engaged, breaking off that engagement, getting a girlfriend for two hours, and breaking up that relationship because his mommy told him to, he’s been struggling. While most Bachelor/ette leads come off their season with shiny new engagements (or at least shiny, new spon-con deals), Pilot Pete’s biggest announcement as of late is that he’s moving out of his parent’s basement. Maybe. Probably. If he can get them to co-sign his lease after the pandemic ends. You can tell he might be at his breaking point by the way he’s been acting out on TikTok recently. Peter’s TikTok activity ranges from mild cringiness to straight-up I’m calling his mother. Honestly, I’m worried for him. Barb, can we get a wellness check up in here??

I’m just going to come out and say this because we’ve all been thinking it: The Quarantine Crew is blasphemous. There is actually nothing more offensive to me than a bunch of hot singles flaunting their hotness and proximity to a Florida timeshare while the rest of us consider which old underwear to use when we need to wipe our asses after the TP stockpile runs empty. For the past several weeks now, Hannah and Tyler C have been living their best lives down in Florida in what appears to be some sort of harem situation. At best, their social distancing can be described as a deleted scene from Spring Breakers; at worst, something the CDC definitely referenced in their Powerpoint of what not to do during their last White House briefing. Either way, out of respect for those of us who are subsisting on a diet of Kraft cheese slices and Franzia and who haven’t breathed fresh air since February, they need to cut that  sh*t out and save their antics for when Mike Fliess can profit off it, mmkay?