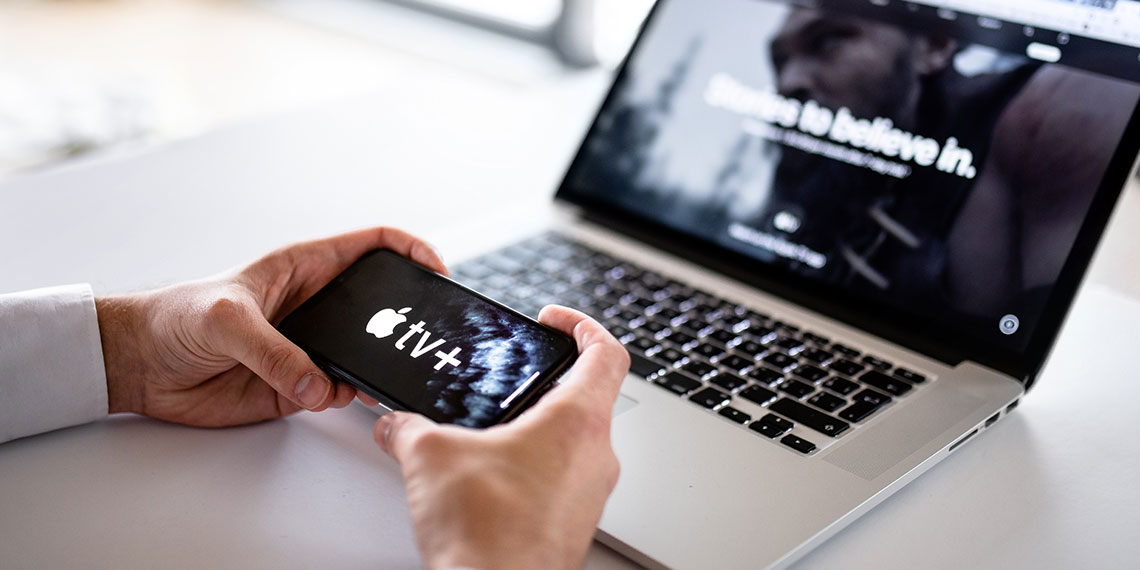 Is Apple TV+ Worth It? Our No Bullsh*t Review

You’ve probably heard a lot in the last few weeks and months about the escalating streaming wars, and it’s a lot to keep up with. In addition to the existing major players (Netflix, Hulu, and Amazon), other big companies are jumping into the streaming service game. HBO will launch its expanded HBO Max service next May, Disney+ arrives next week, and NBC also has its own service in the works. And last week, Apple jumped into the original content game with their new streaming service, Apple TV+.

It’s been a week since Apple TV+ launched, and I’ve had time to figure out how it works and what it has to offer, so let’s talk. I’ve gotten a lot of questions about what it is, how it works, and whether it’s any good. Keep reading for everything you need to know about Apple TV+.

How Does It Work?

First, let me address the biggest point of confusion here: Apple TV+ has nothing to do with the little Apple TV box that you hook up to your television. If you have one of those, great, but you can still subscribe to the new service without it. You can watch Apple TV+ on your computer, phone, Roku—whatever you’ve got, you can probably watch Apple TV+.

A membership will set you back $4.99 a month, so like, one coffee. You get one-week free trial, but don’t expect to just binge The Morning Show and cancel without ever getting charged. Most of the shows are being released one episode at a time, so you’ll have to pay for at least two months to get through a whole ten-episode season. Damn it. This is clever on Apple’s part, because they know that people will probably try to cancel this sh*t as soon as possible once they’ve seen the show they bought Apple TV+ to watch. Oh, and if you buy a new Apple device (including an iPhone), you get a year free, so like, score.

What Do You Get?

Before we talk about any of the original shows, there’s one major thing you need to know. Unlike the other major streaming services, Apple TV+ has no library of existing content, for now at least. So like, imagine Netflix, but without Friends, or The Good Place, or any of the existing shows and movies that you binge when you’re hibernating for the winter—it would be like if you paid for Netflix and only got the originals. Apple has invested hundreds of millions of dollars into producing original content, but because they’re not rolling out everything at once, this means that right now there are only a handful of shows on Apple TV+.

There’s no question that the marquee show on Apple’s new service is The Morning Show. Starring Jennifer Aniston, Reese Witherspoon, and Steve Carell, this is like the Big Little Lies of Apple TV+, and they’ve thrown a lot of advertising behind it. Aside from that, there’s See, starring Jason Momoa, Dickinson, starring Hailee Steinfeld as a young Emily Dickinson, and For All Mankind, a period drama that imagines how the world would be different if the Soviet Union had landed on the moon first. There’s also an Oprah’s Book Club talk show, a documentary about an elephant, and a few shows for kids.

Are The Shows Good?

Okay, so I guess this is the big question. After all this hype, does the content deliver? And really, it’s kind of a mixed bag for now. I haven’t watched everything, but a week has given me enough time to get a feel for what Apple TV+ has to offer.

First, The Morning Show. After seeing the insane cast and the insane level of hype, I’ve gotta be honest, it’s a little bit of a letdown. The show isn’t bad by any means, but based on the cast and the production value, it’s not nearly as good as it should be. The main characters all give lots of spirited monologues about justice, and consequences, and power, but they tend to fall flat. Jennifer Aniston is great in a more dramatic role, but Reese Witherspoon’s tragic brunette wig and southern accent feel a little forced. The show is offering a commentary on the #MeToo movement, but after three episodes, I’m still not sure what it’s trying to say. The second and third episodes are better than the first one, so we’ll see if the season keeps improving.

Moving on, let me just say that I f*cking love Dickinson. It’s a historical comedy centered on Hailee Steinfeld as an angsty Emily Dickinson, whose parents don’t want her to be a poet. With modern dialogue, music, and humor, the tone of the show is fresh and hilarious, and I’m very into it. If you need some hints about the vibe, Wiz Khalifa makes a cameo in the first episode, and there’s a Lizzo song in episode two. Yeah, it’s fun.

I haven’t had a chance to check out Jason Momoa’s See yet, but with a 39% on Rotten Tomatoes, my expectations are staying low. I have, however, started watching For All Mankind, and the historical twist on the Space Race is an interesting concept that critics have really been liking. I’ve only seen one episode, but I’m definitely going to keep watching to see what happens in this alternate timeline.

Is It Worth It?

Look, Apple TV+ is brand new, and it’s definitely still a work in progress. Right now, the content offerings are pretty limited, and depending on what you’re into, you might not love any of these shows. But Apple knows this, and in addition to two more shows debuting in the next few weeks, they have over 20 titles currently in development. Building a network of content from the ground up is an ambitious project, so Apple is off to a pretty solid start.

To me, the biggest selling point of Apple TV+ is the low price point. Without the benefit of a large content library, Apple knows they can’t charge the same price as Hulu or Netflix, so they were smart to slide in just under $5 a month. I’m not going to pretend I’m great with money, and there’s approximately zero chance that I’ll notice this money coming out of my bank account every month. I should note that your account is automatically tied to your Apple ID, so it’s not really practical to share a membership with your roommates/ex/friend’s mom’s sister. Tragic, but at least it’s cheap.

I’m not going to say that Apple TV+ is perfect, but it’s really not bad, either. Even Netflix’s original offerings vary wildly in quality, so it’s not really fair to expect perfection from Apple. For the price, it’s probably worth signing up for, even if you only really want to watch The Morning Show. You can cancel any time if you’re not feeling it, and like I said, you probably won’t even notice that you’re paying for it. Personally, I’m going to keep my subscription, because let’s be honest, I don’t want to miss out on anything.