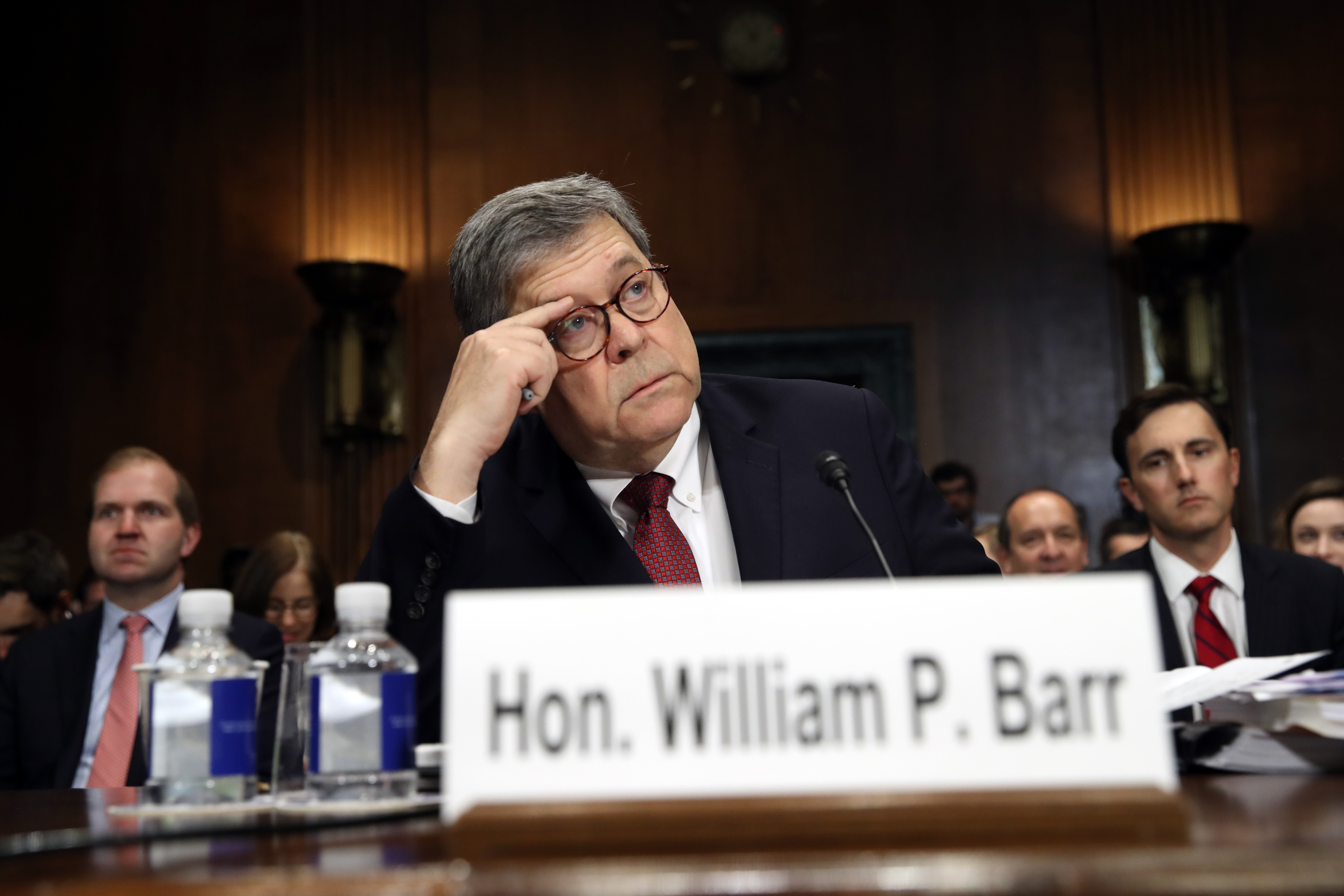 Another day, another day-long congressional testimony where some old white guy lies at us for six hours. Grool. Attorney General William Barr testified before the Senate Judiciary Committee today regarding the Mueller investigation, his decision not to charge President Trump with obstruction, and the 4-page summary he provided of Mueller’s report ahead of its actual release. Here are 6 major takeaways from Barr’s testimony for those of you who can’t just casually watch hours of C-SPAN at the office.

1. Republicans Want to Investigate the Investigation

From the people who brought you the Benghazi hearings, I give you…the Mueller investigation investigation! Several Republican senators used their precious time to express concern over how the Mueller investigation was started and the legality of the FISA warrants used to surveil the Trump campaign. When asked by Senator Lindsey Graham if he was concerned about the “counterintelligence probe and how it started,” Barr answered yes, meaning he might be open to the Department of Justice investigating the origins of the investigation itself. All of this is based on a Trump-supported idea that the investigation into his campaign was based on the Steele dossier (aka the thing the pee tape rumor comes from), despite the fact that both the FBI and the Mueller report both demonstrate that the investigation began after George Papadopoulos got drunk and told an Australian diplomat the Russians had dirt on Hillary. Which reminds me, I need to apologize for some things I said after drinks last weekend…

Throughout the hearing, AG Barr seemed to be confused over the definition of very simple words. Barr claimed that he needed clarification on the definition of the words “suggest,” “summary,” “members,” and “conclusion.” He also said that President Trump never told White House counsel Don McGahn to “fire” Mueller, he simply asked him to “remove Mueller from his position due to alleged conflicts of interest.” See? Totally different.

Lindsey Graham resumed his role as craziest motherf*cker in the room for yet another hearing, Lord help us all. As committee chairman, Graham used his opening speech to yell about Hillary’s emails (of course) and read text messages between then-FBI official Peter Strzok and his girlfriend Lisa Page, one of which literally just said “Trump is a f*cking idiot.” Wait…but if criticizing Trump in 2016 is wrong then what about the guy who said this?

If we nominate Trump, we will get destroyed…….and we will deserve it.

“You know how you make America great again? Tell @realDonaldTrump to go to hell” https://t.co/pBLaZ1kgUV

Or any of this?

2020 hopefuls and Senate Judiciary Committee members Cory Booker, Kamala Harris, and Amy Klobuchar all used the hearing to audition for debating Donald Trump sometime in the future. Booker hammered Barr for “adding normalcy to a point where we should be sounding alarms,” about Russian interference. Klobuchar brought receipts while questioning Barr’s decision not to pursue an obstruction of justice charge, and in a particularly shady exchange, Kamala Harris came to slay when she asked Barr if the President or anyone else had ever suggested he investigate anyone. He responded by saying he doesn’t know what “suggest” means.

Here is the complete exchange, via CSPAN, between Kamala Harris and Bill Barr — including the part where Barr couldn’t say whether Trump or anyone in the White House has ever suggested that he open an investigation into anyone. It’s worth a watch. pic.twitter.com/wJOdSFR7JR

Much of the hearing was focused on a March 27 letter Mueller sent to AG Barr in which he expressed concern over Barr’s Cliffs Notes version of the report, saying that it “did not fully capture the context, nature, and substance of this office’s work and conclusions” and caused “public confusion about critical aspects of the results of our investigation.” When asked about what Mueller’s concerns, Barr said that he thought the letter was “a bit snitty” and that after he read it, he called Mueller and asked, “Why don’t you pick up and call me if you have an issue?” You have my number, bro!

Barr says Mueller’s letter to him was “snitty” https://t.co/9lw0dzHPzm pic.twitter.com/9qDwVMimzi

Despite the fact that the president tweets “TOTAL EXONERATION” once per hour these days, both Barr and the Mueller report were actually careful not to exonerate him. When asked about his decision not to charge Trump with obstruction Barr said, “I didn’t exonerate. I said that we didn’t believe that there was sufficient evidence to establish an obstruction case.” Nobody tell Trump he said that…