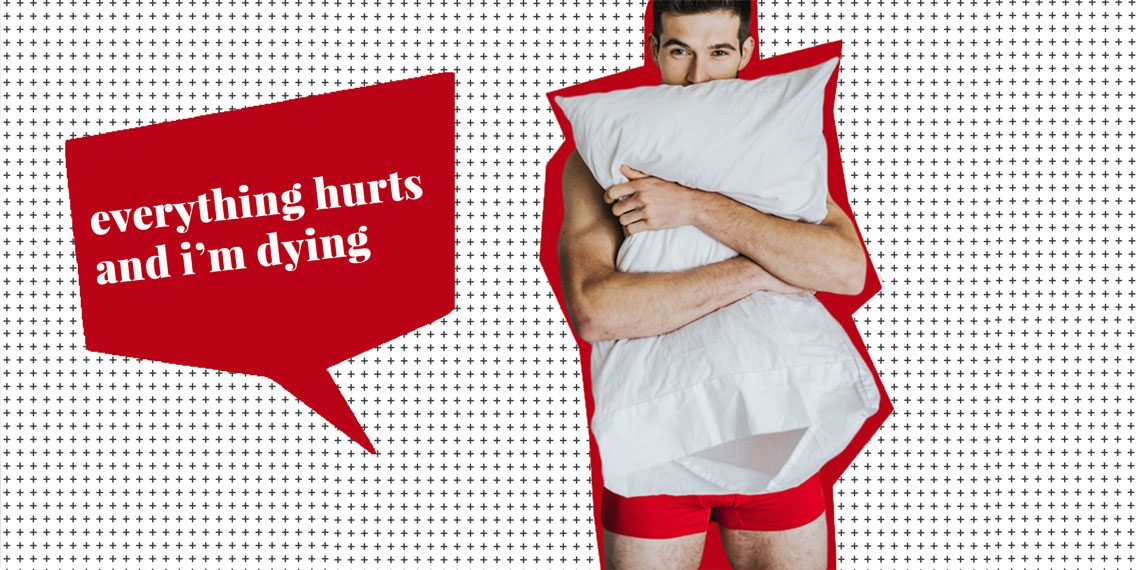 6 Sex Positions That Could Land You In The ER

Let me start this post off by saying injuries during sex aren’t extremely common. According to Debby Herbenick, a research scientist at Indiana University and the author of Great in Bed, injuries tend to be as a result of doing it in an unfamiliar place, rather than in an unfamiliar position. Needless to say, bumping and grinding can end you up in the ER (have you seen TLC’s Sex Sent Me to the ER???). Here is a list of the most dangerous sex positions that have been found to lead to the most injuries. I’m not saying don’t have sex, God no, but be careful kids. Here, everybody take some rubbers.

While doing research, I found out that doggy style is considered one of the most dangerous sex positions. If he’s going at it too hard (“it” being you) then he can cause bruising or even vaginal tears. Also, the penis can accidentally slip into the anus, causing anal tearing. OW. A study published in the Journal of Impotence Research found that 41% of injuries during sex, specifically penile fractures (a rupture in two areas that are responsible for erections, f*cking ouch) were in doggy style. But if you ask me, if a guy accidentally slides into your ass, he deserves any injury he may get.

The study found woman on top (aka cowgirl) to be the third most dangerous position that has been found to lead to penile fractures. Reverse cowgirl increases his risk of injury due to the similar positioning of P in V to doggy style. Thrusting too hard into her pubic bone could be painful for both partners. Although you taking control can be a serious turn-on for him, be mindful that his large friend can be fragile and a penile fracture means temporary abstinence for the both of you.

Also known as “counter top sex”. The reason this position is v dangerous is because of its spontaneity. Being in a place that you aren’t used to f*cking in adds to the threat of injuries. Picture this: You are sitting on the counter, your SO is standing in front of you, you’re doing it, it’s passionate and hot, and he thrusts and misses your vajayjay and slams into the counter. Talk about a major mood killer. I can guarantee there will be tears and a trip to the ER.

Romantic. It’s basically standing missionary. Slightly less vanilla but significantly more difficult. If your guy is super fit (#goals), then you should be fine. But having sex while my boyfriend holds me up sounds uber nerve-wracking. If he drops me, I’m injured. If he doesn’t drop me, he’s defs going to be sore the next day, and not in the way Ariana Grande describes.

This one, surprisingly, lands on the list of most dangerous sex positions because of your increased risk of getting pink eye. LOL. Don’t fart in your man’s face and you should be fine.