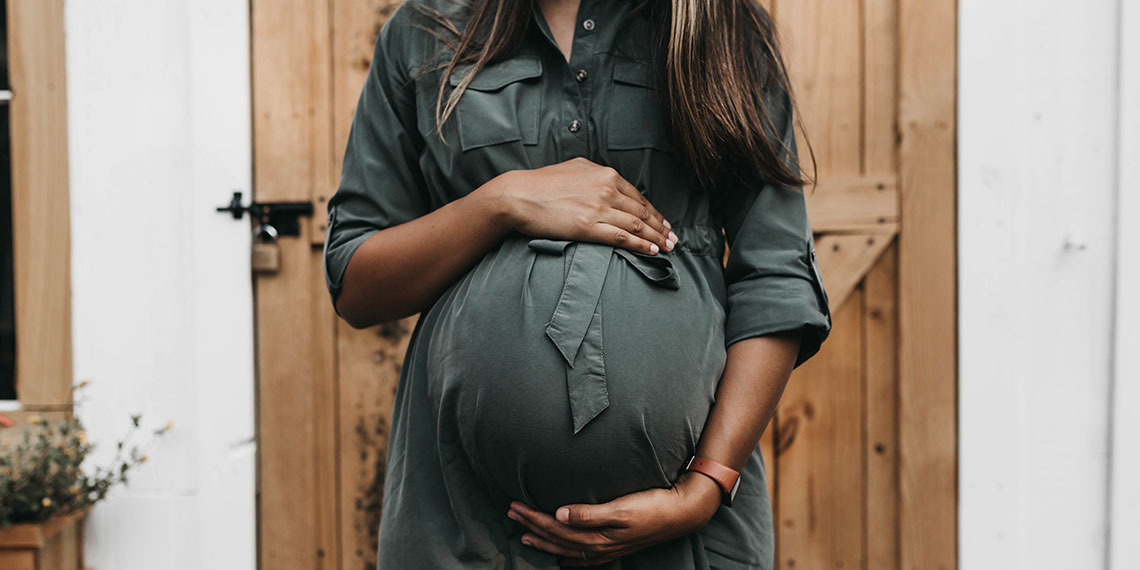 5 Things I Wish I Knew Before My C-Section

There are a lot of *feelings* regarding how people have kids these days. Whether you have a natural birth, get an epidural, birth your baby in a bathtub filled with healing crystals, or whatever the f*ck, someone in your life is going to have an opinion on it (solicited or, more often, not). Lucky for me and thanks to a wacky cervix, the decision for me to have a natural birth was off the table and a scheduled C-section was put down in the calendar instead. At first I was not exactly enthused, since major surgery isn’t usually something I actively seek out. However, I realized that being able to put the birth of my son in my planner (“7:30am – Have Baby”) instead of waking up in a puddle of my water breaking, figuring out what to do with my dog, calming my husband down, trying to pack a bag, and making a mad dash to the hospital was not so bad.

You May Be Strapped Down

You know in the movie Braveheart when the English are pulling out William Wallace’s insides and he’s all, “FREEEDOMMM”? That’s sort of how a Cesarean is, except you can’t feel anything. After your spinal is administered (more on this in a minute) and everything goes numb, your arms are actually strapped to the operating table to keep from any involuntary jerking while the doctors are, like, cutting you open, pulling a baby out, and sewing you up. Some hospitals bypass strapping you in, and I kind of wish mine had, but, nevertheless, prepare for that whole possibility.

The worst part of being strapped in? If and when your baby is placed on your chest fresh out of the oven, you can’t cuddle immediately. For me, my son was gasping a bit (what a drama queen, I’m so proud) so I chose to have the nurses and doctors take care of him before he came to me. I still got to see him when they held him up like Simba. I just didn’t hold him until I was sewn up and ready to be wheeled into recovery, which doesn’t match up with everything you’ve seen in movies about birth, where the mother immediately gets to hold her newborn and like, cries.

I had no idea a human being could feel as numb as I did during and after my C-section. In fact, it took HOURS after the actual surgery for my spinal block to wear off, to the point where I couldn’t be moved for a while, couldn’t eat, and couldn’t leave the recovery room. Not being able to feel your toes for that long is kind of scary, tbh, but it’s more than likely a better alternative to feeling where you’ve just been cut open. You may also get the shakes, which is totally normal.

…but the local anesthesia f*cking does. If you know anything about a C-section, you’re probably aware that you’ll likely be lucid but numb from the chest down, thanks to a spinal block of some good drugs. However, if you’ve ever heard anything about spinals, it’s probably been on the negative side. To be fair, spinals used to require a big-ass needle to, uh, successfully poke between your vertebrae and deliver sweet, sweet numbness. These days, the needle is much smaller, so the spinal itself is not as horribly painful as it used to be.

However, you’ll be getting a local anesthetic to numb you up before the spinal actually is administered, and that, at least for me, hurt like 25 wasp stings at once. The whole scene played out as such: I sat on the edge of the operating table while the nurse held me sort of head to head—with her hands on my shoulders so I didn’t move or suddenly tense up. The local was administered into my spine, I cursed out a few people, and then the spinal was administered (and I never felt it). Then, everything from my boobs down went totally numb and the nurse and a few other medical personnel lifted my legs on to the table to get the show on the road. They even put some stylish socks on me.

Gas pains in your shoulders, the worst massage of your life, and bleeding are all in store.

First up, the massage. As soon as you’re out of surgery, the nurse will “massage” your uterus to encourage it to start shrinking back to its regular size. This sounds nice but, I assure you, is not. In fact, if you asked me what was the worst pain through the whole C-section and everything that followed, I’d tell you it was the final uterine massage when my spinal had finally worn off. I almost punched the nurse in the face, and I definitely called her a few bad words. (Sorry, sis.)

Second, the gas you experience is unlike anything you’ve ever felt before in your life. Because you’ve been cut open and closed back up, there’s bound to be some air trapped inside of you, leading to some pretty horrible gas pains in your future—including in your shoulders (which, I’m told, is normal). Your nurses will continually ask if you’ve farted yet and, let me tell you, when you finally do start blowing it out, you’ll feel like throwing yourself a f*cking parade.

Lastly, you’ll also be treated to this baller mesh underwear (pro tip: steal as many pairs as possible) and some giant pads. Why? You’re still going to shed the baby condo (aka lining) that was inside your uterus. It’s like a really heavy period that lasts for weeks. So, enjoy that while dealing with a newborn, a fresh battle would, and some truly insane gas.

Four words I never thought I’d string together. I’ve heard that pooping after a natural birth is an ordeal since, ya know, you’ve physically pushed out an 8-10 pound human. Now, imagine how scary pooping is when you’ve been actually cut in half. From what I understand, you aren’t given the green light to leave the hospital after a C-section until you show number two who’s boss, so to speak. I successfully pooped, y’all, so my gold star was getting to go home with a baby without an instruction manual.

With a C-section, you’ll have a catheter put in right before they slice and dice you, since getting up is slightly problematic right after surgery. Within about 12 hours though (at least for me), the nurse will pop in, take out the catheter, and tell you to try to pee. It took me four hours and three tries to pee, you guys. Your muscles are f*cked up, things have been physically moved around, and your body needs a moment, okay? Same goes for pooping, which can be a bit easier thanks to stool softeners. But beware the constipation that comes with the strong painkillers you’ll be sent home with.

If you end up having to have a C-section, lean in. It’s okay and isn’t as scary as people (even me) make it seem. Just be prepared for some pain. But like, what part of giving birth is pain-free?