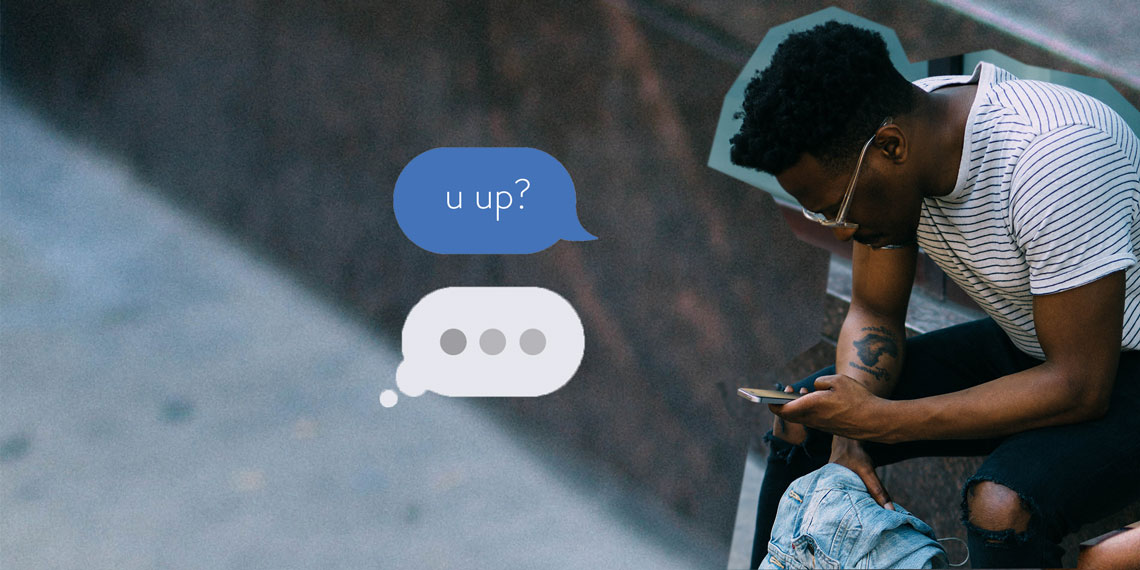 Unless you’re still dating your high school boyfriend like seven years later (congrats, weirdo), you’ve def come across a guy at some point and wondered, “is he actually into me or am I just a hookup?” It’s something that you should figure out, specifically if you’re emotionally unstable and afraid of rejection. Though I’m sure it’s baffling that everyone isn’t in love with you, men are, as a rule, idiots.

Once upon a time, I was an absolute moron and basically thought that if I started talking to a guy I’d eventually date him. That’s when I stumbled upon the Betches dating book, I Had A Nice Time And Other Lies, one day and got a clue. This isn’t even #sponsored, it’s just how I found my way to this website. But also buy their new book because it’s equally brilliant. K sorry I’ll stop fangirling.

Anyway, you don’t want to be a dumbass by focusing on a single guy and refusing to talk to other potentially even hotter guys just because you’re convinced that you’re going to start dating and you don’t want to ruin it. That’s stupid for so many reasons. Basically, here are all the signs you’re just a hookup that I wish I had always known. These have been gathered from my friends and my own idiocy. I also polled some of my guy friends so you could get the ~inside scoop~.

Hopefully, you already know the obvious. If he only texts you at 2am, he doesn’t want to date you. But boys, despite being complete buffoons to girls, are tbh a little sneaky sometimes. So without further ado, here are some slightly less obvious signs you’re just a hookup and he’s not that into you, sorry bb.

1. You’ve Never Seen Him Consume Anything But Alcohol

Either he’s secretly a vampire (cue a Vampire Diaries marathon) or he doesn’t want to waste money buying you food when he can just buy you shots in a few hours when you meet up at a bar. “Oh yeah, we’ll get dinner next time but come to Kell’s tonight!” Don’t fall for that.

2. He Takes Forever To Reply

He takes a day to text you back, and when he does, his texts makes no sense, he doesn’t answer any of your questions, he OBNRs your Snapchat (if you’re, like, under 21 this is especially important), etc. it’s one of the surefire signs you’re just a hookup. If he replies with, “Oh sorry just saw this” or “Was slammed this week with work,” you should call BS and move on. Three different guys I polled were like, “we’re always lying when we say this,” sooo consider it a line.

3. He Doesn’t Take You To Brunch The Next Morning

Just because he let you sleep over does not mean he’s necessarily into you. Like, okay, he didn’t shove you out of bed at 4am. So, he’s… a semi-decent human being? I wouldn’t go announcing your impending nuptials. Ask yourself a few more questions: Did you wake up wedged between the mattress and the wall with no covers? Did he mutter something about how the door locks and run off to “use the bathroom” so you can change and leave ASAP? Did he promise to text you later even though you haven’t even exchanged numbers? If you answer yes to any of these questions, ding ding ding (!!) he’s an asshole, and he’s probs not into you.

If, however, he offers to take you out for brunch, or even just a casual coffee at Philz, then things are looking up. At the very least, he better text you after hooking up.

4. He Doesn’t Talk With You About Substantial Things

Do you know anything about his life? Like, does he have a little sister? Have a favorite food? Know when his next midterm is? And more importantly, does he know anything about you? Does he remember your birthday? Or like, I don’t know, if you have a huge presentation for work? Basically, if he knows details about you, that means he cares enough to remember boring sh*t about your life. If he only remembers to text you Saturday night because ~suddenly~ he wants to know “what’s up” then leave him on read.

Either he’s supremely awkward (in which case, ew byeeeeee) or he just doesn’t want to talk to you. Sure, it’s immature to be standing eight inches away from someone and not say hi, but really, you can’t expect much from 22-year-olds who still think they’re in a frat. Anyway, if he looks away when you walk by or mutters “hey” before walking off in the other direction aggressively “texting” then yeah, he’s not interested.

Even though it may suck to realize that your future husband potential boyfriend person of interest isn’t actually, um, interested in you, it’s a healthy thing to realize. You really don’t want to waste time and brain space on a guy that’s not good enough for you anyway when you could be finding someone else instead or bingeing all the Netflix romcoms ever created, because tbh that sounds more fun.