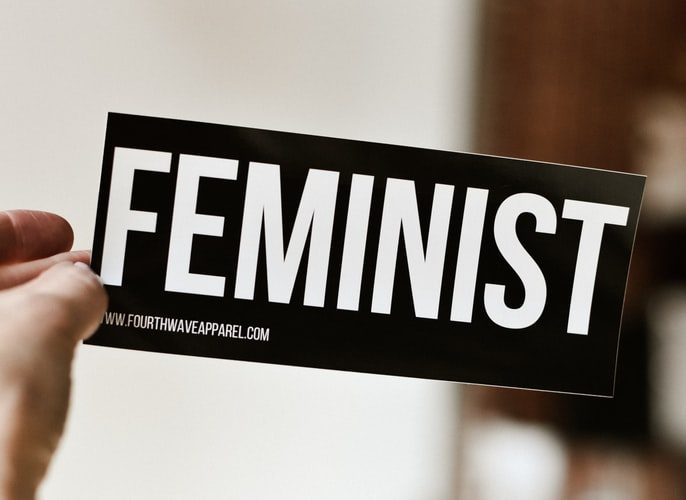 5 Celebrities Who Have Misunderstood Feminism

Feminism is, at its core, a relatively simple concept. Merriam-Webster defines it as “the theory of the political, economic, and social equality of the sexes.” Unless you’ve been trapped in a bunker since the 1950s or serving in the two highest offices of the United States, you’ll probably concede that this is a good idea. Yet according to a survey by GenForward, less than 20% of participants belonging to any racial or ethnic group self-identify as feminist, with most saying they “don’t identify as a traditional feminist, but support women’s rights and equality.” This cognitive dissonance is even more glaring when we look at celebrities’ interpretations of the term. Given their power and influence, it also makes it that much more disappointing. Below are five famous women who at one point or another have refused to identify as feminist, despite very clearly supporting feminist ideas. Celebrities—they’re just as clueless as like us!

When asked in a 2012 interview with The Daily Beast whether she considers herself a feminist, Taylor Swift said, “I don’t really think about things as guys versus girls. I never have. I was raised by parents who brought me up to think if you work as hard as guys, you can go far in life.” So adorable. While this is a lovely way to think, it presupposes, incorrectly, that feminism is a movement fueled by the hatred of men. On the contrary, feminism is about uniting men and women and putting them on equal footing. Luckily, Taylor has since changed her tune.

Miley Cyrus skirted around the issue in a 2014 interview with Elle by saying, “I’m just about equality, period. It’s not like, ‘I’m a woman, women should be in charge!’ I just want there to be equality for everybody.” Miley’s concept of feminism suffers from a similar flaw in logic as Taylor’s: it assumes that the movement is about uprooting men and taking away their power. However, it’s not an either-or proposition. Both men and women can and should have opportunities to be in power and “in charge”. Crazy, I know.

Susan Sarandon, actress and occasional problematic person, had this to say about identifying as a feminist in a 2013 interview with The Guardian: “I think of myself as a humanist because I think it’s less alienating to people who think of feminism as being a load of strident bitches, and because you want everyone to have equal pay, equal rights, education, and health care.” The “humanist” response is a popular one with celebrities and, IMHO, a bit of a cop-out because it doesn’t acknowledge the reality that we live in a world where women are the more disadvantaged sex. Even worse, it perpetuates the false notion that all feminists are militant, combat boot-wearing, bra-burning wenches who want to burn down the world and render men obsolete (though I’ll admit I’m down for the combat boots). Can we be angry sometimes? Sure. But some anger is more than warranted when we continue to live in a world where we’re paid 77% of what men make, account for only 25.4% of board members and 6.6% of CEOs of Fortune 500 companies, are at a greater risk of rape  and domestic violence, and have little to no autonomy over our bodies. Instead of being afraid of appearing angry, perhaps we should ask ourselves why we’re so uncomfortable with women being angry in the first place.

Ironically, the star of Sex and the City, a show that’s supposed to be all about female empowerment, declined to take up the term despite clearly espousing feminist views in a 2016 interview with Marie Claire: “I am not a feminist. I don’t think I qualify. I believe in women and I believe in equality, but I think there is so much that needs to be done that I don’t even want to separate it anymore. I’m so tired of separation. I just want people to be treated equally.” The problem with SJP’s response is that she’s guilty of the very thing she doesn’t like about the movement. Women can’t begin to achieve the equality she desires if she and other non-feminist feminists refuse to engage and separate themselves from the cause. There’s power and unity in numbers.

It may be hard to believe now, but there once was a time when the woman who closed out the 2014 VMAs by performing in front of a giant “FEMINIST” sign hesitated to accept the label. Just one year earlier in an interview with British Vogue, the one and only Bey said, “That word can be very extreme … But I guess I am a modern-day feminist. I do believe in equality. Why do you have to choose what type of woman you are? Why do you have to label yourself anything? … I do believe in equality and that we have a way to go and it’s something that’s pushed aside and something that we have been conditioned to accept… But I’m happily married. I love my husband.” The reference to her marriage and husband is strange as well as problematic, because it implies that a feminist can’t have a healthy and loving relationship with a man. Her aversion to labels sounds more like the Tuesday night musings of your run-of-the-mill f*ckboy rather than a compelling argument coming from one of the most powerful and innovative performers of our time. Without labels, we can’t identify ourselves and, in turn, effect meaningful change, something Beyoncé later realized and emphasized with her VMA performance.

It’s clear that when it comes to feminism, we can’t look to celebrities for guidance—not just because they often fundamentally misunderstand the term, but also because, like most things celebrity-related, it’s an exercise in distraction. Roxane Gay points out in a piece for The Guardian that, “We run into trouble, though, when we celebrate celebrity feminism while avoiding the actual work of feminism.” Identifying oneself as a feminist is a crucial first step, but it’s just the beginning of the conversation and work that needs to be done.