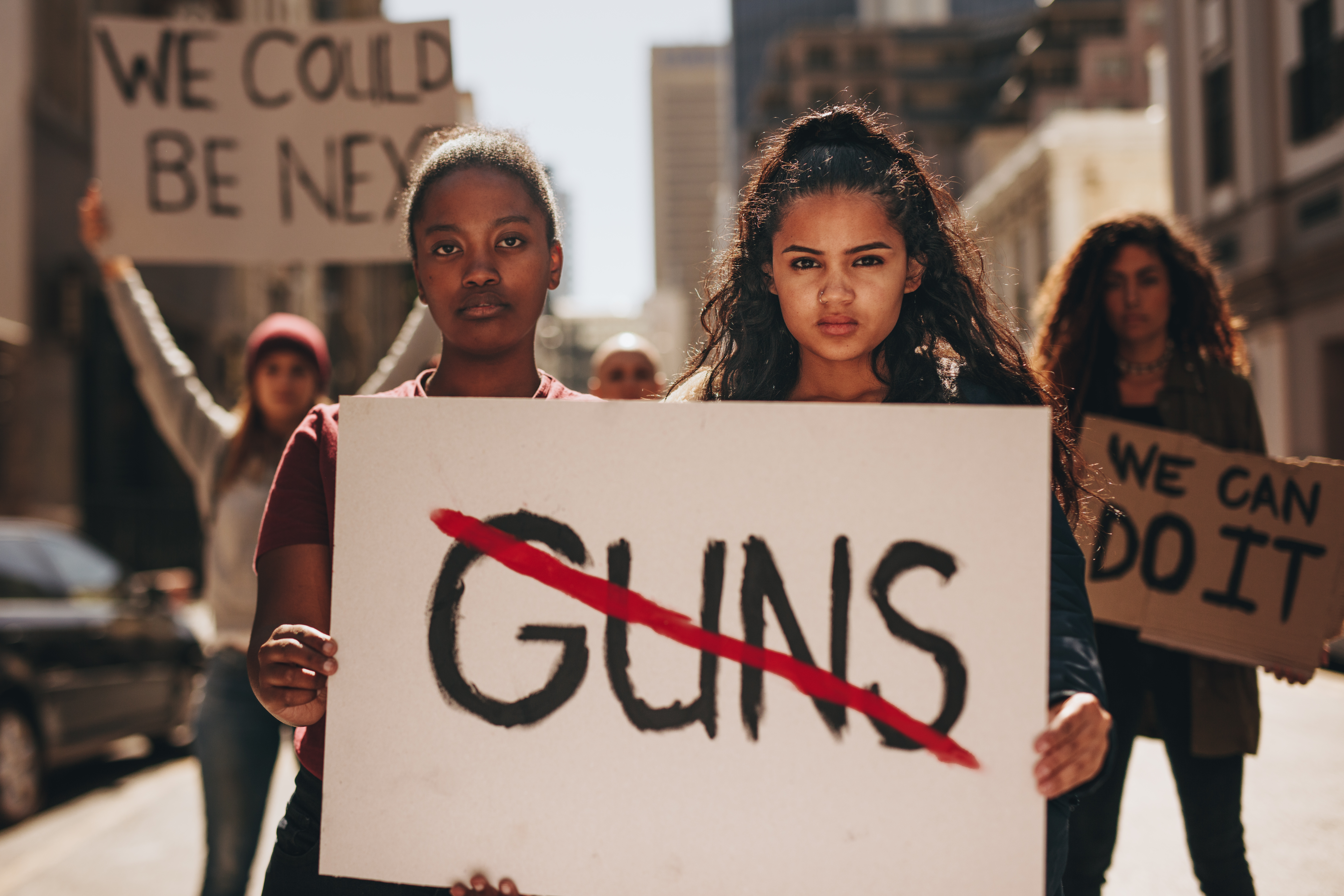 Here’s Why Gun Control Is A Feminist Issue

Gun control is an American issue, but it’s also a feminist one. And before you immediately make your way to the comments to tell me that women aren’t the only ones who are victims of gun violence, let me save you the time and tell you that I know this, and not being the only victim of tragedy doesn’t disqualify you from being affected by the issue. Now, let’s dive in, shall we?

Let’s start with the stats. Women in America are 25 times more likely to be killed with a gun than women in other high-income countries. A lot of these numbers sadly come from domestic abuse cases. On average, 52 women are shot and killed by an intimate partner per month. And if you’re thinking, “Well, a domestic abuser could simply use another weapon to kill their partner if they didn’t have a gun” — sure, but a gun is the most effective way to kill someone, and guns exist in abundance in the U.S., which is why so many women die at the hands of one.

Put another way, plenty of countries have issues with domestic violence. America has issues with domestic violence, but we also have a ton of guns. Americans are less than 5 percent of the world’s population, but according to Vox, we own 95 percent of the world’s privately held firearms. When domestic tensions arise, women in America are much more likely to die with all the guns lying around. According to Everytown, about 4.5 million American women have been threatened with a gun by a partner.

And to bring it all together, a large portion of mass shootings are carried out by men who have a history of domestic abuse (Everytown did a study that found that 54 percent of mass shootings from 2009-2017 involved a perpetrator who had shot a partner or family member before or during their shooting spree.)

There are some f*cked up loopholes for buying guns when it comes to domestic abuse, because this is America, where gun sales are more important than women’s safety. God bless! The good news is that some progress has been made in making sure men with a history of domestic abuse aren’t able to buy guns. Something known as the  “boyfriend loophole” has allowed men with a history of domestic abuse to buy guns as long as they weren’t married to the partner(s) they had abused in the past. It also allowed men with a criminal record of stalking to buy guns. This year, the House of Representatives renewed the Violence Against Women Act with added legislation that would essentially close the boyfriend loophole. Now it just has to pass the Senate. Somehow I’m not totally confident, but let’s hope #MoscowMitch gets the job done here…

And since we’ve been hearing a lot of the “guns aren’t the problem” arguments, let’s unpack that from a feminist perspective. Guns are the problem, but they aren’t the only problem. We’ve seen the white supremacy and racism play a huge role in recent mass shootings. And both of these issues are entrenched in our patriarchal society. White supremacy was born from white male entitlement, bigotry, and fear of having to share their rights with any other demographic. What’s more, numerous shootings have been perpetrated by men who have expressly targeted women. In 2014, Elliot Rodger killed six people after promising to kill women for rejecting him.

Toxic masculinity fuels the violence these men seek and execute. This needs to be addressed, but it needs to do so with the help of better gun laws that make sure these men don’t have easy access to guns. Gun legislation and a deep, cultural shift need to work hand in hand. Gun violence isn’t going to be solved with one solution, but also isn’t going to be solved if we do nothing/don’t change our laws.

These stats from @Everytown exemplify why gun violence prevention is inherently a women’s issue. #EnoughIsEnough . . IMAGE DESCRIPTION: Text graphics saying: 1) Gun violence is a women’s issue, 2) About 4.5M American women alive today have been threatened with a gun by their partner. Nearly 1M women alive today have been shot or shot at by an intimate partner, 3) Access to a gun makes it 5x more likely that a woman will be killed by her abusive partner, 4) Black women are 2x as likely as white women to be fatally shot by an intimate partner, 5) Women in the U.S. are 21x more likely to be killed with a gun than women in other high-income countries.

Clearly, what we are doing now is not keeping American women safe. The numbers speak for themselves.