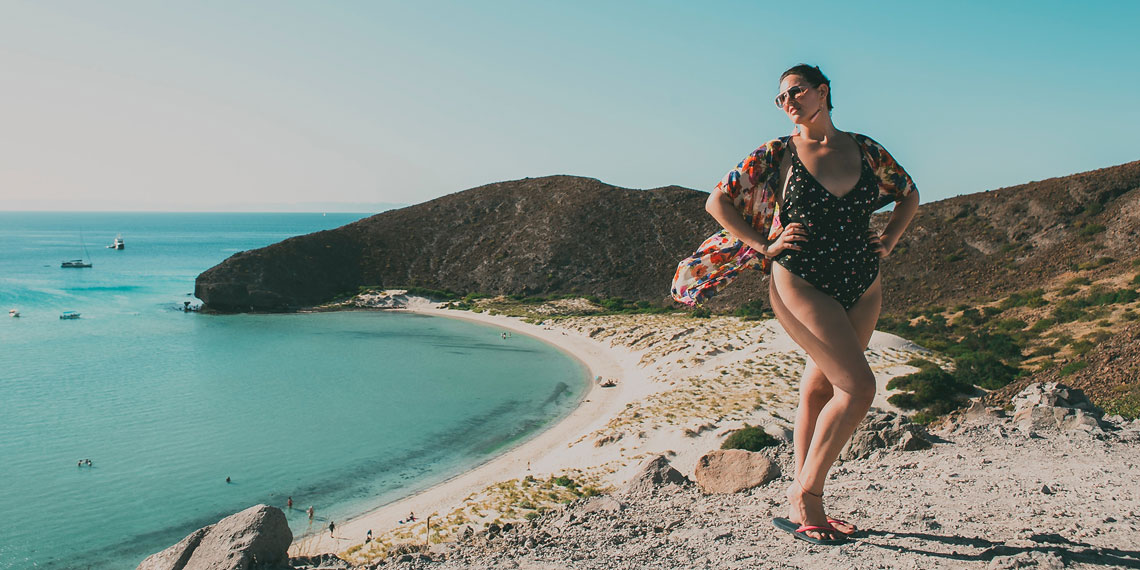 4 Brands We’re Applauding For Not Retouching Their Ads

Because I am supremely lazy, get department store-induced migraines, and am under the age of 35, most of my shopping takes place online. I’m currently in hot pursuit of a wedding guest dress that says, “This is a fancy designer, but it was on sale” so I headed to the one place for this kind of lewk, Revolve, and let me just say, I’m disappointed. Either they have an incredible model scouter that has somehow managed to find all alien-women crossovers who have four-foot long legs and normal-sized torsos, or the brand’s photo team retouches the sh*t out of the models’ bodies. I’m no Photoshop expert, so the fact that even I noticed something was wrong is a serious problem. From a consumer standpoint, I am not tempted to buy a dress that, according to the photo online, will only flatter someone who does not have a ribcage.

I absolutely stan brands that are proud to show their clothes, makeup, accessories, etc. on models who look like real people. Beyond just showing size diversity, I love a brand that chooses to not erase stuff like scars, freckles, cellulite and a bunch of other sh*t photo editors consider unsightly in a picture. Clap once if you’re more down to buy something if it’s shown on a model who looks like you…but, like, really pretty because they’re still models. Since major beauty and fashion brands don’t do this often enough, I want to commend a few who don’t retouch their models to the point where they are unrecognizable.

@fenty close up. The culture.

This list is in no particular order, except for this first item because Rihanna is obviously the most amazing fashion designer/beauty guru/musical genius/God that ever walked the Earth and deserves to be first in everything. Riri showcases overwhelmingly diverse gorgeousness from Paloma Elsesser to Camila Costa to Slick Woods. I mean, all I can say is hell f*cking yes! I already knew Ri is a boss who does whatever the f*ck she wants, but what made me feel like this article needed to be written was an ad for her jewelry featuring a very untouched Aweng Chuol. The South Sudanese model is the definition of glowing. Like, what highlighter is she using? She has a few subtle facial scars, but so does everyone! I have one from the chicken pox under one of my eyes and, guess what, no one cares. Scars aren’t offensive and shouldn’t be edited out of anything—especially a beauty shot, which is a term I learned from ANTM. Thank you, Tyra. At the end of the day, Rihanna has the right idea here: she designs her makeup, jewelry, and clothing lines for all women to wear and feel hot in. We applaud you, Rihanna!

Proving that age is just a number, 55-year-old marathon runner, mother and cancer survivor, Ruby, shows us there are no limits to what you can achieve, at any age ??‍♀️ Encouraging women in all walks of life to live their lives to the fullest, she’s an inspiration to us all ? Ruby wants to see more athletes that look like her, who do you want to see? Just click the link in our bio to upload your photo to Project #ShowUs. @girlgaze ?: @debysucha ?? ?: @gettyimages #Dove #ShowUs #RealBeauty #Athletes #WomenWhoLookLikeMe #Mother #CancerSurvivor #Strength #StrongWomen #girlgaze #GettyImages

I obviously couldn’t write an article about brands that celebrate real people without mentioning the OG. Dove boarded the body positive train way back in 2004, you guys. “As a beauty brand, Dove has always celebrated real women and their beauty. We believe the Mark will help women identify reality in what can be a confusing, digital world and relieve some of the pressure to look a certain way,” Amy Stepanian, Dove’s Marketing Director said of the brand’s No Digital Distortion Mark campaign. It’d be cool if there was no need for a campaign like this, but we live in a superficial world run by superficial people, so we’ll have to take what we can get for now. To me, Dove is the epitome of realness and, although their ads can be a little aggressive with shoving their agenda down our eye sockets every chance they get, I love what the brand stands for. They’re like the opposite of Abercrombie’s former CEO, who didn’t believe that larger people are capable of being the “cool kids.” Gag. Correct me if I’m wrong, but any full-grown adult using the phrase “cool kids” in complete seriousness is still bitter about not being invited to parties in high school. Anyway, cheers to Dove for not being like this. Now everyone go buy some soap!

#AerieREAL is… loving the swim you’re in. Share your REALisms with #AerieREAL @Aerie

TBH I haven’t stepped foot in American Eagle since 2007, but I have ordered a few Aerie bathing suits and pajama bottoms online. The only reason I did such a thing was because I could get a sense of how the pieces fit because they are shown on everyday body types. The only evidence of Photoshop may be adding a cloud or two to their beach pics, but it looks like the models bodies are left intact. The fact that there’s like a bikini body ideal out there in the first place is gross, and brands like Aerie are thankfully shutting it down. Like, want a bikini body? Put on a bikini. Boom, done.

Aerie has been promoting body positivity sans photo editing for a while now—since 2014, actually. Yes, their creative teams edit the photos to give them a more editorial look, but they generally leave the models alone. When the brand first stopped editing women’s bodies five years ago, Aerie’s sales skyrocketed almost 30%. Wait, so you’re saying clothing that real women buy sells better when shown on real women? Color me shooketh! Well done, Aerie. We need more brands like this to show us the way when it comes to knowing your audience.

As far as I’m concerned, ASOS can literally do no wrong at this point. I liked the brand before I learned about their editing policy, and now I am addicted. They stopped airbrushing back in 2017 with its ASOS Face + Body launch, which was a rebranding done right, if you ask me. In fact, if you’re a big ASOS fan, you know that they reject the word “beauty” because it’s too subjective and broad. Check out their IG for a refreshing celebration of their values, which we all need to adopt. I’m sure some of y’all are wondering why I chose the pic I did to represent the absence of Photoshop, as this model clearly never had an awkward phase and it shows. The reason I chose it because she’s clearly stunning and has gorgeous skin, but you can see her pores! Unlike most severe closeups beauty brands use to highlight whatever overpriced cream they’re trying to sell by trying to convince us that it erases pores, ASOS left this girl’s pores alone. And guess what? She’s still really f*cking pretty and I would gladly trade skin with her. Regardless of if you buy a beauty product or not, you should be happy to have the skin you’re in—even though it has pores. Everyone has them, people. Literally everyone. If you see someone who doesn’t have them, get them help ASAP because something is wrong.