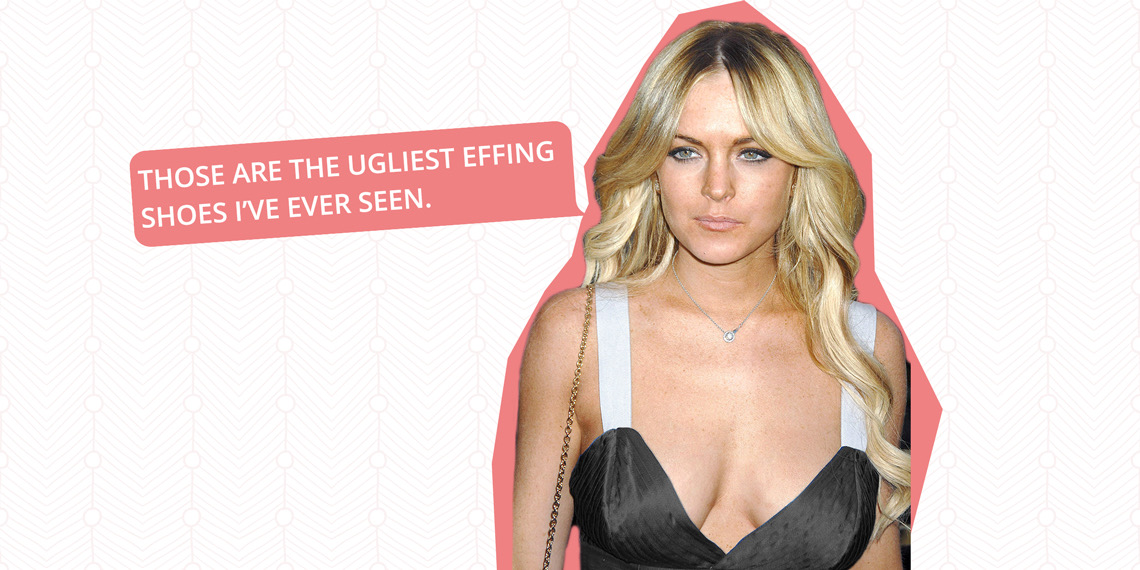 If you’re anything like me, your Sunday was probably spent brunching, napping off a hangover, and overeating while watching The Office. If you’re anything like Lindsay Lohan, you spent your Sunday threatening your employees’ jobs on social media. What employees, you ask? ICYMI, Lindsay is now the proud owner of two nightclubs: the creatively named LOHAN in Athens and LOHAN Beach House in Rhodes. On Sunday, two LOHAN staff members (say Lohan again) posted an Instagram promoting the new club. Lindsay, as one does, took the opportunity to publicly humiliate them for dress code violations. Let’s take a look.

TBH, the first “violation” that comes to mind here is these ridiculous sleeves. Beyond being hideous, they seem like a huge fire hazard, and I sincerely hope that LOHAN is a candle-free environment. Anyway, Lohan’s issue was actually not with these fugly robes. She commented the following on the pic (comments still up, because Lindsay is in no way backing down from this).

In case you think this is just friendly banter with her LOHAN staff, another commenter checked in to see if she was joking. She was not.

So, what exactly is Lindsay’s game here? If I had to guess, I’d say she’s trying to build up buzz for her upcoming Vanderpump-ish reality show. But honestly, this all seems more like The Apprentice.  (It doesn’t hurt that she’s previously said she wants to be the next Trump.) And that’s just…not appealing. Then again, Lindsay Lohan has, in the past year, faked a British accent, propositioned Trump on Lawyer.com, and designed a personal island. People who work for her hopefully know what they’re getting into. Let’s hope no one actually lost their job, and that Lindsay decided on the nude heel. Those white heels are the ugliest effing shoes I’ve ever seen.