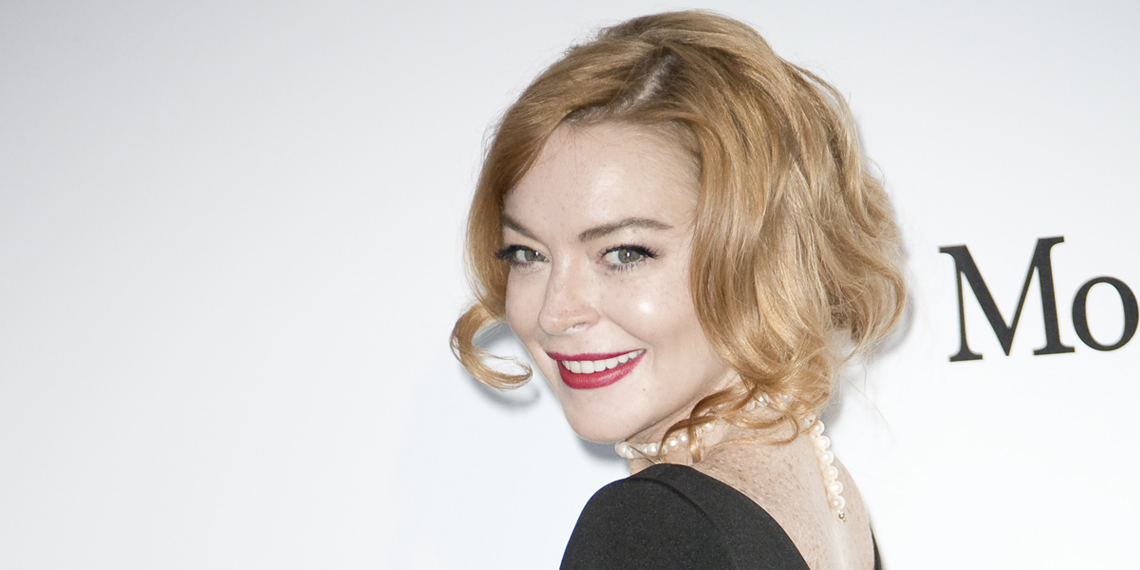 Lindsay Lohan has had a tough time finding her groove as an adult, but she’s finally getting there. She’s turning 32 today, and it seems like she’s actually in a really good place. A few months back, I roasted Lindsay pretty hard for her interview with W Magazine, in which she described like, 14 different businesses she was working on, and she also talked about wanting to win an Oscar. That interview was a lot, but today I have nothing negative to say about Lindsay. It’s her birthday, and we have some very exciting news to celebrate: Lindsay Lohan is reportedly coming back to reality TV, and it sounds fucking amazing.

As you may know, Lindsay’s most legitimate business these days is running nightclubs in Greece. If you didn’t know that, welcome to 2018, shit’s wild. In 2016, LiLo opened Lohan Nightclub in Athens, and it’s apparently like, super fun. She followed that up this year with two more clubs, one in Rhodes, and Lohan Beach House in Mykonos, which also includes a restaurant. That brings us to the best news I’ve heard in literal months. Lindsay Lohan is reportedly doing a new reality show for MTV, and it’s basically going to be like Vanderpump Rules. OH MY FUCKING GOD. It may be Lindsay’s birthday, but she’s the one giving us a gift this year.

Here’s the commercial for the actual club in Mykonos, and the accompanying Instagram caption which is the best thing I’ve ever read:

#lohanbeachhouse #mykonos ???????? life is precious, we must not take advantage of what we are given. We must take the tools of our experiences and use those tools to give back to others. No judgment. Just be #grateful also if you need a @lawyer_com come to @lohannightclub #protection

I really need a minute to process how incredible this could be. Obviously they have to get the casting right, but if they can assemble a crew of idiots half as entertaining as Jax, Stassi, Lala, and the gang, this is going to be must-see TV. Lindsay Lohan as the Lisa Vanderpump-esque figure is perfection. Think about it: Lisa and Lindsay are both gay icons, they have exotic accents (fake or real), and they each look about 10 years older than they actually are. I cannot wait to see Lindsay in charge of a bunch of dumb kids who just want a reason to party in Mykonos for the summer.

Just picture Lindsay Lohan in this outfit saying these words:

This also plays perfectly into my fantasy of Lindsay someday returning to the US and becoming a Real Housewife. I’m sure Dubai and Greece are a lot of fun and all, but America needs its OG child star back. And in case you’re worried that Lindsay has become too much of a real adult to be entertaining, she’s still not that normal. In a recent New York Times profile, Linds said that Tiffany Trump is a close friend and she’s coming to visit her soon in Greece, She also says she feels so safe living in Dubai that she often leaves her doors unlocked. I hope to one day trust one person as much as Lindsay Lohan trusts the entire population of Dubai.

Speaking of Dubai, Lindsay is currently working on her club there, which will be on its own island. That’s right, Lindsay Lohan owns a fucking island, and soon you’ll be able to party there. I told you 2018 is wild.

Happy birthday Lindsay, and please have this reality show ready by the time Bachelor in Paradise ends.