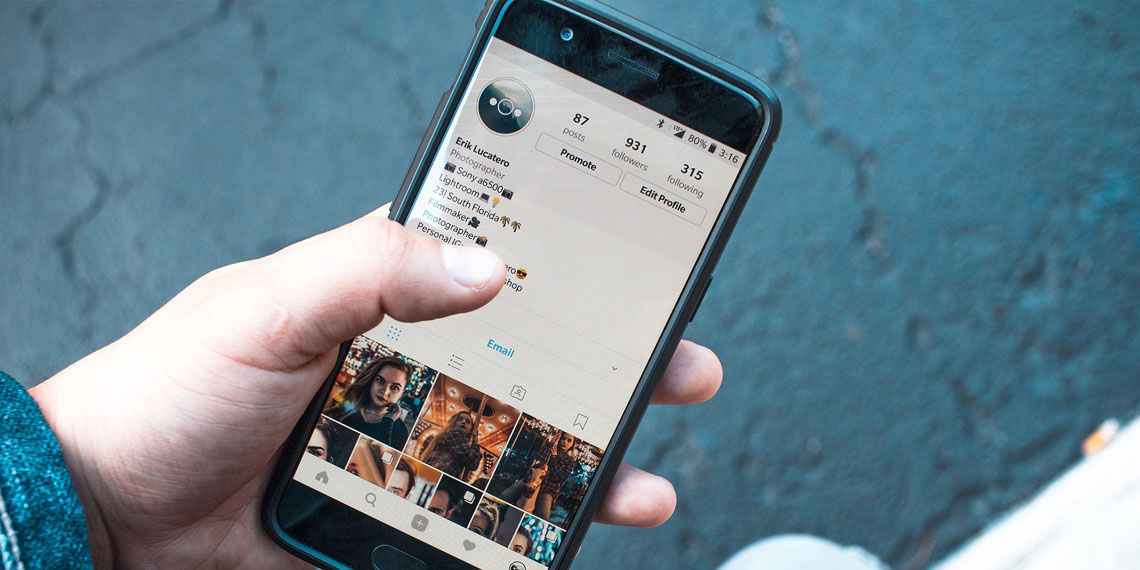 Influencers everywhere were distraught (I assume), when Instagram announced last week that they were testing out removing the like count on posts. To be clear, Instagram would not do away with the like function entirely—that would be insane—but they are playing around with a new functionality that wouldn’t display the number of likes a given post has. Instead, users would be able to see the names of people who liked the post, and only the owner of an account would see the actual number. The decision comes after study after study found that social media platforms like Instagram are addictive, promote constant comparison, and can ultimately negatively impact users’ mental health. The move to hide likes, Instagram says, was made to create “a less pressurized environment where people feel comfortable expressing themselves,” and ultimately get people to focus on content more than likes.

Given that May is Mental Health Awareness month, this is a smart PR move on Instagram’s part, if nothing else. Instagram has known their platform is bad for mental health for at least a year, when Facebook and Instagram announced a feature that would tell users how much time they spent on the apps in an effort to improve people’s mental well-being. The “You’re All Caught Up” message was also intended to help with mental health, I guess so users can get a gentle reminder to get the f*ck off Instagram and go do something else (or at least, that’s how I perceive that notification). So on the surface, it seems positive that the company and platform that created these problems is now working on a solution to address them. And given the movements towards de-stigmatizing mental illness and promoting mental health and self-care in general, this seems like a positive change.

I will not compare myself to a stranger on Instagram (or anyone in real life!) ❤️?❤️? This silly little quote/statement/thing I scribbled on a piece of paper and shared on here quite a few years ago had a tiny impact on A LOT of people, it’s been shared probably thousands of times and got lots of people talking about this false perception of ‘perfect lives’ that so many of us are comparing our own lives to. A study recently showed that more than A THIRD of teenage girls in England suffer from depression and anxiety… and although social media isn’t the only thing to contribute to this, I think it has a lot to answer for. We don’t live perfect lives, nobody does… we’re all human and we all have sadness, worries, health issues, family issues, all kinds of crap to deal with and the fact that none of that is posted publicly online (because it’s private and not something that the whole world needs to know about most of the time) can make us feel alone in that dark hole and that these things aren’t happening to others and everyone else must be having a magic time on a beach somewhere sipping cocktails. That would be absolutely lovely, but it’s not reality. Of course it’s not just females, over the past few years the suicide rate in men has risen dramatically! We must talk to one another, don’t assume that what you see on social media is a true reflection of how that person is feeling, still ask your pals how they’re doing, don’t assume everything’s rosey just because of their highlight reel on here. It’s become very easy to put on a ‘brave face’ via social media, but deep down we all know it’s bullshit.. absolutely all of us have bad days ???? (link in story for @thehappynewspaper mug)

But is it really going to help?

Full disclosure, I’m definitely old and don’t use Instagram the way the kids do these days, so my opinion could very well be way off-base. And, to be clear, I’m glad that Instagram is at least attempting to do something—it’s better than nothing, absolutely. But, I have a few problems with this. Number one, among me and my friends, likes are not really the measurement off of which we base our envy of other people—it’s followers. I’ve never had a conversation with my friends about Instagram where they express jealousy over someone’s photo getting more likes than theirs (and I have had many conversations about Instagram; it is part of my job). More often than not, you’re salty that someone has more followers than you. And sure, maybe that’s because, implicitly, more followers means a potential for more likes on a post, but it’s not so explicit as “Becky’s selfie got more likes than mine, so now I feel sh*tty.” At least for me and my friends! For other people, it really might be that cut-and-dry, and for those people, Instagram removing likes, I imagine, would be a huge weight off their shoulders.

The only times I’ve ever cared about likes have been on my own posts, and it’s like, this competition with myself over how many likes I can get on a selfie, compared to my other photos. I feel like the comparison is more internal than external—I don’t so much compare my fake candid to another person’s fake candid, but I will compare that fake candid to, say, a selfie I took a month ago, or a tweet I screenshotted and posted on IG. And then I get in my feelings depending on how those likes measure up. (My tweets always get more likes than any photos of me, what does that say about me?) So is hiding likes really getting to the root of the problem? Especially when, by Instagram’s own admission, I will be able to access how many likes my posts get? I don’t know.

One major way removing Instagram likes could really shift the culture is that it will be harder for influencers to quantify the effectiveness of their posts, which may impact their ability to do sponsored campaigns. And in a time where people are literally out here buying products for themselves, Instagramming them, and falsely passing those photos off as ads, maybe this will level the playing field. Then again, Refinery29 already reported that Instagram is already “thinking through ways for creators to communicate value to their partners.” At the end of the day, Instagram is here to make money, so they’re probably not going to stop people from monetizing their accounts, as I’m sure it would drive both people with huge followings and companies looking to spend money to other platforms.

To me, the bigger issue with Instagram is less so the likes and more so the implicit competition to take the cutest picture, to apply just the right filter, to FaceTune yourself to the point that you are unrecognizable in order to compete with other people who are doing that too. It’s also the fact that almost everybody is manipulating their photos in some way, but few people are owning up to it. And I feel like with this stuff, the cat is already out of the bag. There’s no going back to taking truly #unfiltered pics, or removing FaceTune off the app store, or unlearning your angles (btw, can someone please teach me my angles?), unless we all implicitly agree to stop doing this sh*t. To this point, The Atlantic did a whole piece claiming that influencers are abandoning the Instagram look, so maybe we truly are going towards that direction. And if that’s the case, then maybe Instagram removing likes will give us all the push we need to stop basing so much of our self-worth in Instagram. If those types of pictures aren’t getting the most likes, because you can’t tell how many likes they’re getting,  maybe we will all just drop the act.

So, for now (and especially considering a likes-less Instagram is only in the testing phases in Canada), I think influencers can breathe a sigh of relief. Even if these changes do happen, I don’t think it’s going to dramatically change the way we Instagram overnight. However, combined with other factors like the rise of young influencers who are posting raw photos of themselves, it may help start a shift in the way we use Instagram, and how Instagram makes us feel about ourselves. And I’m all for that—as long as they don’t f*ck with my memes.