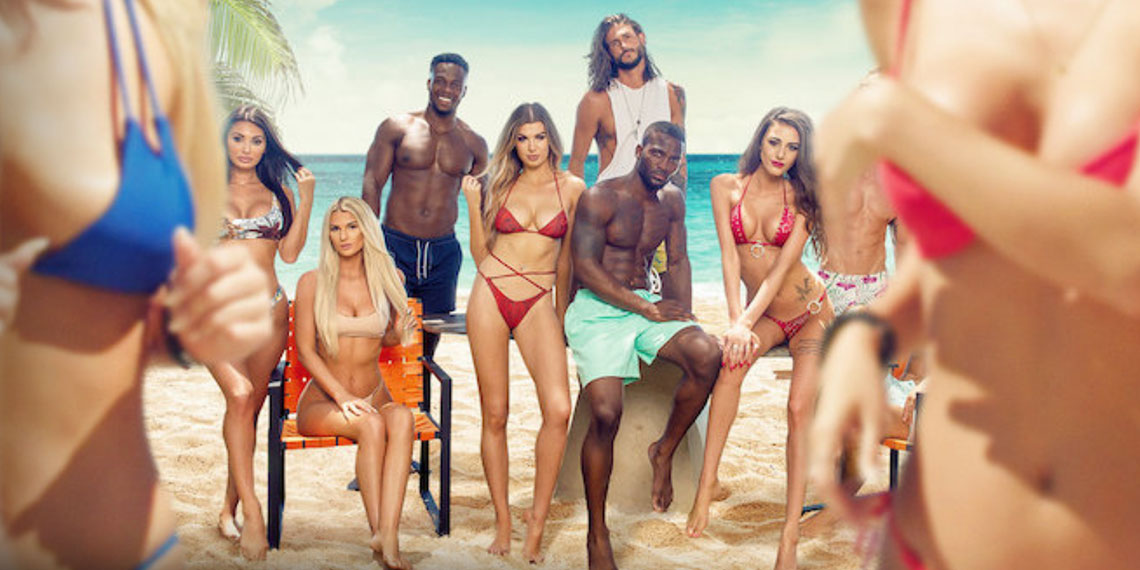 As we enter into yet another week of our never-ending stay-at-home order, we rely on a few comforts to help get us through the uncertainty and terror of this time. Napping at all hours of the day? Definitely. Eating every single snack we just bought at the grocery store that was supposed to last us two weeks? Of course! Dressing our dog up like the Queen of England and pretending we’re at high tea? Who among us hasn’t?! But, most importantly, we rely on Netflix to continuously drop the most absurd shows (Hi, Tiger King! Hi, Love is Blind!) that allow us to forget for just a little while that we are actually living in a game of Jumanji. And Netflix is coming through for us yet again on Friday, April 17th, when they drop their next reality dating show, Too Hot to Handle. They just released the trailer, and it looks like exactly the amount of trash we all need in our lives right now (which is Britney-in-a-gas-station-bathroom-without-her-shoes level of trash). So, let’s take a look at the trailer, break it down, and talk about why Too Hot To Handle is most definitely going to be a worthy successor to our last reality obsession, Love is Blind.

I’m going to leave the trailer for you right here, please watch it, take copious notes, and then come back to me to discuss.

There sure is a lot to unpack, so let’s go over the basics. Too Hot to Handle features 10 hot singles on an island in bikinis, drinking excessive amounts of alcohol out of Solo cups, and in a competition for $100,000. Seems pretty easy, right? But of course, there is a twist, because Netflix is nothing if not a sick bastard. A cone shaped robot named Lana tells the contestants that in order to win the money, they have to abstain from sexual activity. I shrieked. These people literally arrived on the island slathered in their favorite lube, and they aren’t allowed to have sex?! Have you seen anything sadder in your whole life?

What the contestants thought the island was going to be like:

After the robot drops its bombshell, the contestants slowly remove their penises from whatever hole they had immediately stuck them in, and proceed to lose their minds. This seems like it’s going to be fun! Well for me, at least—the raging hormones disguised as people stuck on this sexless island seem a little less enthused.

So what else is notable about the trailer, I mean, other than the fact that one dude is obviously going to f*ck a fish? Well, a lot of these people appear to be British, which makes me wonder if they think Americans are not garbage enough for this show? If so, I’d like to point them in the direction of a brilliant piece of art known as Are You The One? for proof that you can most certainly peel some of us off a sticky linoleum floor in Jacksonville and convince us to humiliate ourselves on TV for a small amount of money and a can of Axe Body Spray. Something to consider for next season! It’s also cute that one of the women thinks that because of the format, “maybe more can come from this.” Adorable. I think it means he’s just going to bang you when you get home and then ghost you, but it’s nice to have dreams!

We also see someone saying “I don’t want to break the rules,” and then a montage of a LOT of rule breaking. So I think it is safe to say that even though hooking up isn’t allowed, there will be a bunch of people claiming that they didn’t mean to, they just fell and somehow it slipped in! That can’t count, right? Lana would never take away money for such an innocent accident, would she?

If anything is clear from watching this trailer, though, it’s that Too Hot To Handle is the OBVIOUS successor to Love is Blind, and might even improve upon its predecessor. First of all, they’ve replaced Nick and Vanessa Lachey with a talking triangle with some pretty blue lights, and it delivers lines better than they ever did. Sorry Lacheys, no more free vacations for you. You’ll have to do sponsored Instagram ads pimping out your children like the rest of the C-listers if you want a summer vacay!

There also appears to be way more partying on Too Hot To Handle, which I’m thankful for. I was a little tired of watching only Jessica get sloshed in every episode of Love is Blind.

Okay fine, I wasn’t, that was pure gold, but I want to see ALL the contestants bring shame on their families by drinking too much pinot grigio and hitting on someone else’s man. And finally, Too Hot To Handle has a similar premise to Love is Blind. Robot Lana explains to the contestants, much more eloquently than Nick ever did, that the reason they can’t have sex is so they gain deeper connections with one another. I’m not sure why this “deep connection” thing is the hill Netflix is willing to die on in 2020, but most likely because it’s making them a sh*t ton of cash and not because they care about people forming successful relationships built on love and respect, right?

I have to admit, I’m excited for this one. And not just because I think it’s going to end with the robot slaughtering all the contestants and taking over the island to breed little Lanas that will eventually conquer the world. But because we all watched Love is Blind, and now in real life we’re stuck dating in isolation pods, so if we all watch Too Hot To Handle, at least we’ll be stuck on an island after this, even if we must be abstinent. CAN’T WAIT!