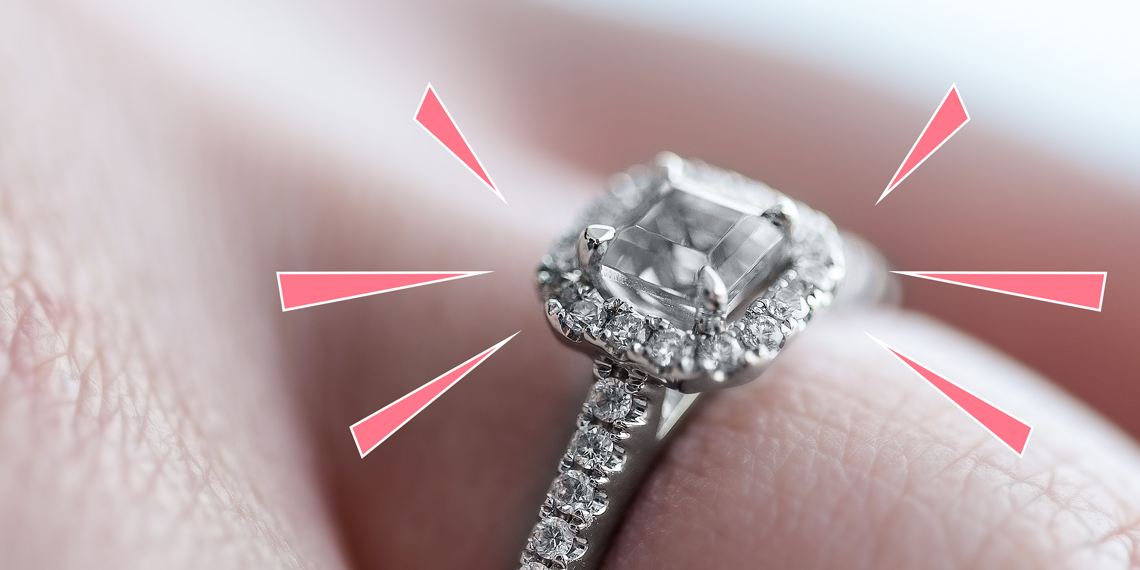 Why Rushed Engagement Is The Newest Celebrity Trend

It’s been a weird summer. Trump keeps interrupting The Bachelorette, the heat wave broke everyone’s spirits, and all our least fave baby celeb couples are getting engaged. And by “baby,” I mean that both the celebs themselves and the actual relationships are very, very young. First we had Ariana Grande (25) and Pete Davidson (24), and now we have Justin Bieber (24), and Hailey Baldwin (21). Yes, TWENTY-ONE. I too spat out my coffee upon reading that. Doesn’t that just seem awfully young to ruin your life in such a permanent way make such a long-term decision? While Justin and Hailey have had an on-off thing for years, neither couple was publicly together earlier than, say, May. All of which begs the question: why the rush? Is this a hot new celeb trend we’ll all hate for a year and then emulate forever? WTF is really going on? Here are some theories.

This is one of my preferred theories, though probably unlikely. After decades of the media zooming in on left hands and perceived “bumps,” it’d be really fun if these couples were just trolling the shit out of all of us. If nothing else, it would explain why they keep describing the news as “lit.” I think it’s fair to say that if there’s even a small chance your wedding vows will contain that word, you’re too young to get married. So, there’s a small chance this is a wildly self-aware and meta interpretation of what the media expects of today’s just-past-teen celeb. Then again, “Justin Bieber” and “self-aware” aren’t used in the same sentence much. Which brings me to my next theory…

They Wanted To Change The Conversation

At this point, I feel we should address that in both couples there is a More Famous and Less Famous party. I bet you anything that Google searches for “who is Pete Davidson” and “who is Hailey Baldwin” have both skyrocketed this June. Not that either party is actually unknown, mind you—just less of a household name. Justin and Ariana, the slightly more famous, are both pop stars who the public has some trouble taking seriously. Ariana because she profited off a “sexy baby” aesthetic for some time, Justin for…darker reasons. I don’t need to remind you. However, the public is also consistently obsessed with their music, so they have a ton of star power. It’s possible that these engagements just came about as mutually beneficial arrangements. The Less Famous parties get a boost in name recognition, and the More Famous parties get an image boost by linking themselves to someone the public doesn’t yet openly mock.

They’re Working With An Apocalypse Mentality

You know how you feel when you open your email and we’re on the verge of war with North Korea? Or Roe v. Wade is about to be overturned? Or children are being held in cages? You know, the gut-wrenching feeling you’ve been getting every day for months on end? Well, if celebs are indeed #justlikeus, maybe they aren’t quite so immune to that, either. The general “the world could end at any moment so let’s go all-out now” feeling. If I were a twentysomething celebrity, I’d be buying million-dollar diamonds and holding my loved ones close too. Seriously though, uncertain times do breed a lot of sudden-onset heavy relationships. Think back to your senior spring: how many couples you’d expected to last a week suddenly pledged their undying loyalty to each other? When the outside world is frightening, it helps to have a constant.

Yeah, this is totally possible. I’m not saying they AREN’T in love, I’m just saying that alone isn’t quite enough to explain the hastiness of these decisions. Jupiter has also been in retrograde since March, which I’m low-key convinced played a major role. But you don’t see me going around calling it the ONLY reason.

Justin Would Dump Hailey In A Second If Selena Called

Does this have anything to do with theories about too-soon engagements? Nope, it’s just one of my more firmly held beliefs and I have nowhere else to put it. When it comes to Biebs, nothing will convince me he did this for any other reason than to post an IG story of Hailey’s ring and obsessively check his phone to see if Selena watched it. Selena JUST released a song called “Back to You,” guys. Somehow, somewhere, these two will run towards each other in the rain while this song plays.

So yeah, these celebrity couples aren’t the first to get married after a short period of time. But they’re too young, too insanely quick, and too close together not to note. Who knows, maybe Ariana just opened the floodgates and we’ll be seeing a continuing wave of 24-year-olds tying this knot to people they met at the club last week. Honestly, I can think of worse things.