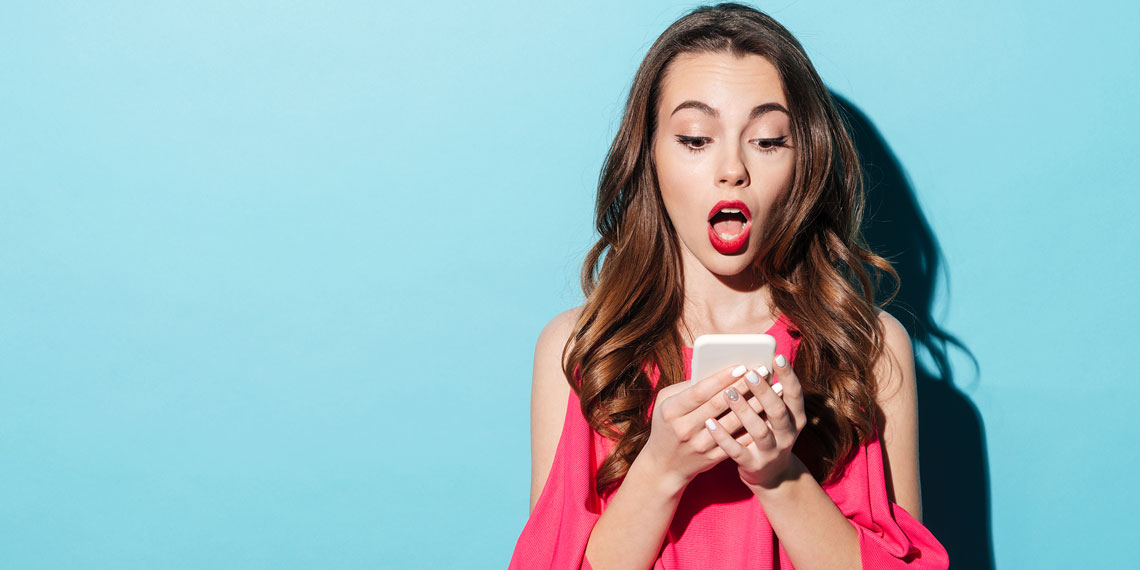 Why Do Men Send Dick Pics, Even Though Nobody Wants To See Them?

A friend of mine was recently sharing her current dating adventures and telling me about a guy who had completely blown her off. Then out of no where, he sent her a picture of his genitalia. We were both like, “what the actual f*ck?” Because, like, had he wanted to have sex with her, he would have to actually hang out with her. But he basically stood her up and ignored her texts. At first he was “too busy” and then it was just straight-up ghosting. So what is with the dick pic? Did he think his penis was so impressive that all would be forgiven? If he wanted to show her his dick, don’t you think it’d work out better if he actually got to know her so she wanted to see it?
First off, let’s get one thing out of the way about unsolicited dick pics. Are men aware that this is straight-up sexual harassment? No one wants to look at you naked unless they have expressively given consent to do so. Why would you want to force someone to see you naked? It’s not going to end well for you. Women don’t go around sending internal vag pics to men they don’t know. (At least I hope not?!)
We were both confused. What do men want from dick pics, particularly if you’re not sexting or even in an opportunity to have sex with the person you’re sending your junk to? So I asked a couple of experts. Let’s put an end to this madness.

And at 1:37am when my phone lit up with that long-awaited “WYD” text, it made me wonder, “What AM I doing?” pic.twitter.com/D1VfCZRwQz

I consulted my friend and expert Adrienne Scotti, M.A. of Psychology, who gave me a more evolutionary perspective as to why men send dick pics. She said that there is an animal aspect to showing a potential mate your junk as a way to prove virility. There’s an evolutionary belief that female species would be more attracted to males with bigger genitals, as it was a sign that they were more fertile, and with today’s creative picture taking angles and filters, any man can look huge and want to show it off. Now, to be clear, she’s not saying that when a guy is sending you a dick pic, he’s actively thinking, “I’m going to send her a picture of my penis to prove to her how fertile I am!” (Most likely, any man who’s sending you an unsolicited picture isn’t actively thinking at all.) But she hypothesizes that the act of sending dick pics derived from these old-ass evolutionary habits of men wanting to show off their junk to potential mates. Grool.

And if you’re thinking that this strategy is stupid, you are right! Adrienne said that this method isn’t even necessarily effective for animals, let alone humans, because usually the asshole monkey or whatever showing his “big balls” to all the female monkeys tends to be more aggressive, and therefore, not an ideal mate. Which, actually? That’s how I feel about human men who send unsolicited inappropriate pictures. They are way too aggressive and creepy.

So, what, even if a guy doesn’t want to have sex (because he’s bailing on plans), he thinks dick pics make him more attractive/seem like an ideal mate? Jesus, fix it. PSA MEN: penises are weird looking. No one finds them attractive out of context. Take off your shirt instead, after asking first if she wants to see that, and leave it at that. There is a reason Magic Mike is about abs and not men flopping their dicks around.

I mean, okay, the evolutionary explanation makes some sense I guess, but also seems like the exact type of argument some Red Pill-subscribing asshole would use to justify sexual harassment: “it’s just an evolutionary adaptation, it’s not my fault!!!” So could it be anything else? Luckily, I have TWO friends who know their sh*t in this area. So I asked expert Ruth Robbins, PhD, Clinical Psychology Postdoctoral Resident. While Dr. Robbins agrees with the evolutionary thing as a possible theory, she said that men are often rewarded by being the pursuer and this is another way of doing so. Sexting also is correlated to greater sexual satisfaction and open sexual communication. Which, yeah, I could see being a thing in consenting, reciprocal relationships, but out of the blue?? I have never seen a spontaneous penis picture and gotten turned on.

Another theory Dr. Robbins mentioned is that by sending a dick pic, men are establishing dominance to be the aggressor sexually. It gives them a sense of control, and no matter how it’s received (positive or negative), they are getting attention for it. Given what I know of men, this is probably the most likely scenario—they just want attention any way they can get it, even if it makes women uncomfortable. Dr. Robbins also said that it can decrease rejection for the man if the picture is well-received. She also noted the power/control/aggressive nature of men pursuing women is mostly an issue in heterosexual couples, as dick pics and that level of pursuit is way more common in homosexual male circles. Gay men, thoughts?

TL;DR: men mostly send dick pics because they think you will find it impressive and give them attention, and they feel they are now “in control” of the relationship. Sooo in my friend’s case, the douche in question was feeling insecure and wanted validation that he was in charge. While simultaneously ruining any shot at actually having sex with her. Men, your methods are stupid. Think AND ASK before you make us look at your weird little dicks.