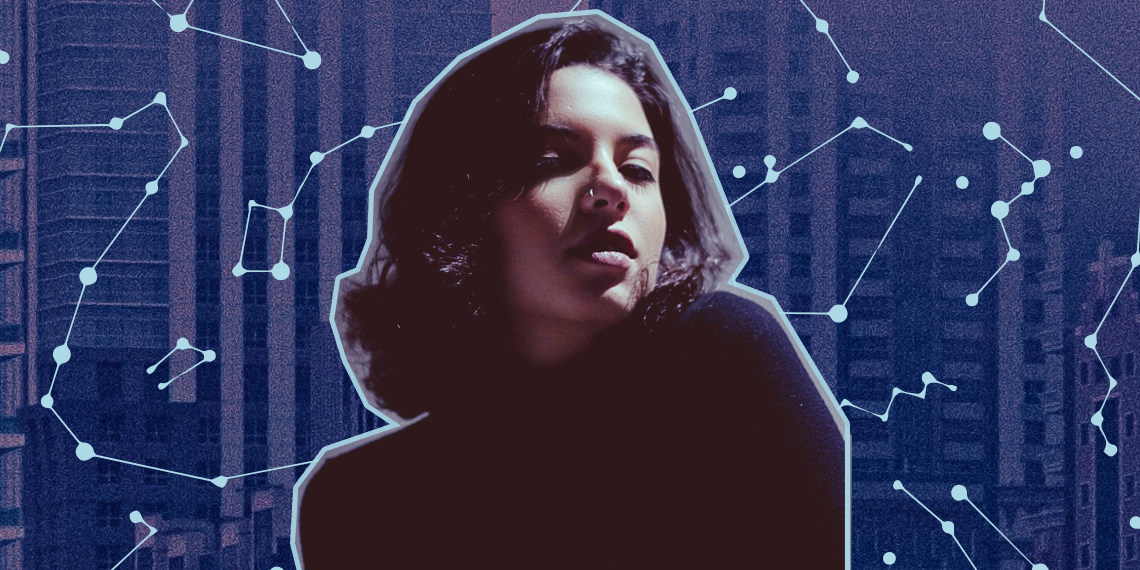 Who Should You Kiss At Midnight? Weekly Horoscopes Dec 30-Jan 3

This week, there’s only one question on everyone’s mind: what should I do for New Year’s Eve? Also, who should I kiss once I get there? Fear not! Every zodiac sign has a different idea of what the perfect NYE is, whether it be an insane party you barely remember the next day, or an intimate gathering with friends that you also barely remember the next day. What way to start the decade…

Aries has no time for lame parties or low-key events. You’re in the mood for a big-ass party with all the besties (and a few attractive strangers) worthy of the Roaring 20s Part 2. Not only that, but you’re willing to party hop to get it. Don’t get yourself locked into one event by making ironclad plans or paying an insane cover charge days in advance. Make a list of a couple lit looking parties and make a pact with yourself to hit all of them. Maybe you will, maybe you won’t, but at least you’ll have a backup plan for when you walk into what was supposed to be a rager and it ends up just being five people on a couch listening to Enya.

In general, Tauruses like to keep things both chill and luxe, which means your ultimate NYE would be spent around a huge table at the fanciest restaurant you can find. Maybe you’ll go to a party after, maybe you’ll stay put and a run up a credit card bill that you won’t be able to pay off until 2021. And sure, you might have a massive food baby by midnight, but on the bright side, all those carbs will help fend off the hangover the rest of your friends will be suffering through on January 1. Plus who doesn’t want to kick off the new decade with a wine and cheese plate?

Social af Gemini will not be content just to party with the homies this year. No f*cking way. You want a big blowout bash on a rooftop or in a warehouse full of people you’ve never seen in your goddamn life, but who will all be your best friends by the time the ball drops. You see no problem walking into a social situation knowing absolutely no one, so don’t feel like you have to accompany your friends anywhere. Just don’t be surprised if you wake up on New Year’s Day with 100 new contacts all named some variation of “Hot Glitter Guy NYE” that you have to try to sort through.

NYE can be overwhelming for sensitive Cancers, who would prefer to ring in the New Year with close friends in a more intimate setting and not screaming small talk at strangers over loud dubstep for five hours. I mean…we don’t blame you. Put out the call to see who else in your crew is down for a slightly less intense NYE and plan an evening drinking wine in pjs instead. You’ll still probably end up drunk as f*ck and crying about past traumas by the time midnight comes around (this would have happened no matter where you went), but at least you won’t have to worry about changing out of spanx or taking off your makeup when you get home.

Be the NYE party you want to see in the world, Leo! Leos love being the center of attention, and hate bad parties, so why not combine these two things and throw a bash yourself? It’s the 20s, and nobody is better suited than Leo to be the decade’s new Gatsby. Fire up the ol’ group chat, make a run to the liquor store, and invest in a serious sound system. By midnight everyone will be singing your praises. Though you might regret buying all that glitter when it comes time to clean your apartment the next morning.

Unlike Leo, Virgo’s job this NYE is to resist the urge to throw a party. Seriously. You’ll get so obsessed with the details it’ll ruin your night, and as Marissa once said on The OC, the way you spend NYE is the way you’ll spend the rest of the year. Instead, be content with hitting up someone else’s party and silently judging it from afar. You’ll have more fun that way, and as an added bonus you won’t spend half the night cleaning up after people or obsessively making sure everyone’s had enough shots.

Libra is another sign that is just not that into the whole “crazy New Year’s party” thing. It’s not that you don’t want to celebrate, its just that you’d much rather spend your NYE with VIPs only and not like, a hundred randos who are all trying to make out with you. See if your area has any good NYE fireworks and gather a core crew of only your favorite people to ring in 2020 by getting drunk on a picnic blanket and watching sh*t explode in the sky. And no, you don’t have to kiss the weird old couple that set up their blanket next to you. Unless you all want to…

Scorpios love mystery and hate being told what to do or following rigid plans. Instead of mapping out every second of where you’ll be on NYE, leave some sh*t up to chance. Maybe you’ll bar hop with your friends before heading to a party, maybe you’ll make a grand entrance at 11:55pm just as your friends were about to report you missing. Maybe you’ll kiss that person you’ve been texting, maybe you’ll kiss a complete rando. Leaving things up to chance will help keep your NYE spicy, just be sure to share your location with a pal and don’t get murdered before midnight.

Yep, you’re getting drunk this NYE. Just embrace it, Sagittarius. You’ll be the person dancing on a table with a chandelier on their head hours before midnight. You’ll be the person who keeps trying to force the party to sing Auld Lang Syne, only to realize you do not know the words. You’ll be the person waking up on New Year’s Day in an unknown location covered in glitter and a 2020 face tattoo you seriously hope is not permanent. This is just inevitable. All the other signs are honestly a little jealous.

Casual Capricorn would rather plan a dinner with family and friends than spend their night raging with strangers, so why not do just that? Invite people over to your place for something really special, and spend the day cooking an amazing meal for the people you love most. Maybe it won’t be as Instagrammable as other events in your area. Maybe you’ll lose track of time and forget to even watch the ball drop. But you’ll start out the year doing what you love with the people you love most. And as an added bonus you won’t spend the first morning of the decade literally dying from a hangover.

Low-key house party is the name of the game for Aquarius this year. You want a good mix of friends and people you don’t know with some music and dancing, but also with enough space to sit down and have a real conversation. In essence, you want to be sipping champagne, not popping bottles. You wanna be indulging in the art of conversation, not indulging in the art of taking body shots. How very adult.

Pisces wants to start the New Year right by getting away from it all for a little while. If you can plan a last minute trip to the woods, do it, and spend your NYE staring up at the stars (and also probably on mushrooms). If a trip away isn’t in the cards, going to a concert or event will leave you feeling wayyy more ready for the new decade than a party, plus no one can accuse you of being lame or staying in with a full-blown Lizzo concert unfolding in your stories.