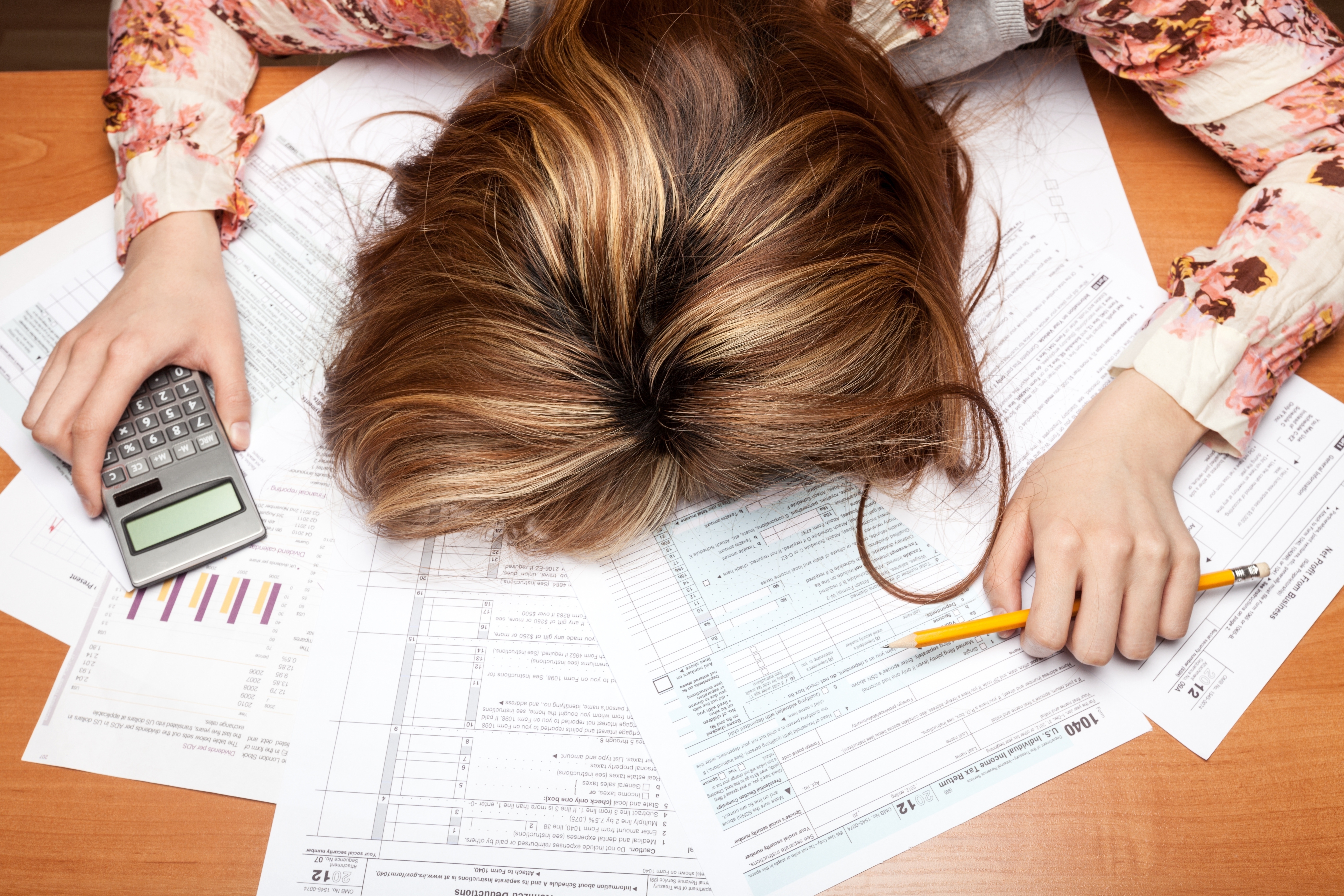 What To Do If You Procrastinated Your Taxes

April 17 is officially the worst day of 2018. No, the pee tape didn’t leak; it’s motherfucking tax day. It’s a day when even the most commie pinko liberal SJW becomes a wingnut constitutional originalist. It’s also a day when we’re reminded (ad nauseam) of how much money the scumbag tax prep companies spend to keep our tax code complicated as shit. Coincidentally, if you’re reading this by the time it’s published and haven’t done your taxes yet, it means something else: you done fucked up. Luckily, the entire reason I got harassed into writing this was to explain what to do if you missed the tax deadline (or just fucked them up).

The good news is that it’s not all gloom and doom. Even if you hit the unholy trifecta of a) being late as shit, b) owing money and c) making dumbass mistakes, you’re probably ok. The IRS isn’t going to repossess your grandma’s house, and the jackbooted brownshirts aren’t coming to throw you into debtors prison. I mean, I’m also definitely neither a lawyer nor an accountant, so I guess those things could happen. More likely, though, one of the following (decidedly less threatening) scenarios apply to you.

What To Do If You Missed The Tax Deadline

This is undoubtedly the best scenario for people who read this website, because you don’t have to do shit. Well, almost shit. If (like most Americans) you overcook your withholdings on your tax forms during the year (and you work an hourly or salaried job where taxes are automatically withheld), you’re probably owed a refund by the IRS. In that case, all you have to do is file them by November—no special extensions required. You see, the IRS has already held onto your money (interest-free!) for the better part of a year, and they’re happy to continue to do so. They won’t even charge you a penalty!

The only caveat is if you don’t e-file by November, you have to mail them in. I’d bet good money ($5) that 50-60% of our readers don’t know how to address an envelope at this point, so don’t let it get that dire.

Option One: File And Pay ASAP

LMAO you’re fuccccccckkkeeeedddddddddddddd. Jk, you really aren’t. But the bad news is, you can no longer file for an extension that would have bought you until November to get your taxes filed. Your best bet is to file ASAP to avoid the penalties and interest the IRS will gleefully throw at you. (Note, again, that you get no such recompense when they’re holding onto your money.) File now, pay your bill, and honestly nothing bad will happen to you outside of some (honestly pretty reasonable) fees. You can use the government’s online forms or whatever soul-sucking tax prep software you prefer. If you made under $58,000 last year, you can file your federal taxes 100% free through any service.

Wait, what’s that? You owe a lot more money than you have because you’re incredibly financially irresponsible? Ugh, you’ll still be ok. Step one is still to file ASAP, and to pay as much as you can upfront. If it takes you another paycheck or two to make up the rest, you won’t be out that much. But if you’ll need a lot more time than that (where the fuck does all of your tax-free money go, anyway?), you can set up a payment plan with the IRS. There will still be penalties involved, but they’re a lot less squirrely when they know when the money will be there. Note that you can’t do this, like, every year.

The good news is that this does not apply to the majority of workers, usually only contractors and others who receive 1099s instead of W2s. That’ll eventually be most workers if companies like Uber get their way, but not yet. Yayy gig economy!

Option Two: Become A Sovereign Citizen And Go Off The Grid

If you think about it, have you ever really read the Constitution and all of its amendments? I reckon that you have not, but there’s a nonzero part of the population that has, and an even nonzero-er portion of those people interpret it to mean that the government doesn’t actually have the right to tax you. Are these people insane? Fuck and yes, they’re insane as hell, but you have to admit that there’s a certain charm to living in Bumfuck, Oregon and shitting in an outhouse. So refreshing! You just have to get used to carrying a gun at all times and yelling “TAXATION IS THEFT AND THEFT IS VIOLENCE” every time you pass a cop.

What To Do If You Made A Tax Fuckup

Scenario 1: The IRS Rejects Your Return

So you filed on time, which is good! V responsible of you. But then, seemingly out of nowhere (read: like 24 hours after you clicked “file” in TurboTax), you get a harrowing message: The IRS has REJECTED your vile, no-good return! This sounds like the audit police are about to bust in and give you the Michael Cohen special, but fear not—they just need you to fix your obviously wrong shit. Your tax filing software (whether you do it through the government or otherwise) will tell you where you messed up. In this situation it’s a glaring, easily fixable error; like forgetting to claim any income or trying to write your Sephora points off as a charitable donation. Oops!

Scenario 2: The IRS Accepts Your Return

While this may sound better, it’s actually… not, somehow? That’s only because you have to play the waiting game, though. If the IRS accepts your return with something you know is wrong, that means you have to wait until it’s processed, and until you receive your return (if you’re expecting one) before filing an amended return. If you already owe money or made a mistake that could cause you to owe money, on the other hand, you should file that shit ASAP. And don’t worry about the little shit: The IRS will correct your math mistakes on their own, and they’ll kindly let you know if you’re missing any forms or schedules.

Finally, don’t worry too much about a mistake leading to an audit, even a kind of big omission. You want to know the biggest red flag for IRS auditors? Making more than $200k per year, which quadruples your chances. Otherwise, unless you’re just straight up not reporting all of your income (they receive the same forms you do, you know..), you aren’t worth the trouble.