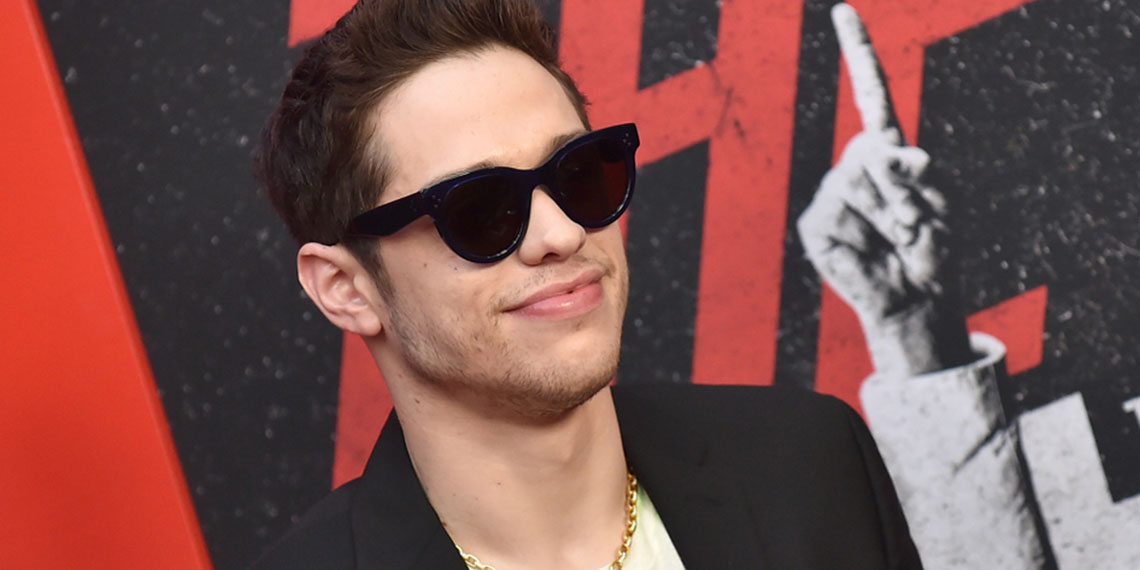 What Makes Pete Davidson So Attractive? An Investigation

Is there anything more perfect in this world than when two beautiful people get together and form a power couple? It’s hard to look away. You know the kind of couples I’m talking about. We’ve got Brad and Angelina. Blake and Ryan. Chrissy and John. Leo and *insert 21-year-old lingerie model here*. We expect these couples. They make perfect sense. They just feel right. But recently we’ve had a, let’s say, non-traditional celebrity as one-half of the hottest couples, and I’m trying to wrap my head around just WHAT it is that makes Pete Davidson irresistible. In the last year and a half alone, Pete has been engaged to Ariana Grande, dated Kate Beckinsale and Margaret Qualley, and now things are getting romantic with Kaia Gerber. Over the weekend, they celebrated his 26th birthday and were spotted holding hands. It. Is. On. I think anyone with eyes would agree that Pete doesn’t look like your traditional Hollywood leading man, or someone that we usually see with the most beautiful women in the world. So what is it about him that makes women flock to him? Let me and my remedial Psych 101 knowledge break it down for you!

Pete Davidson is the reason that BDE exists in our lexicon, and it was exhaustively discussed all over the internet last summer. So what contributes to his BDE? First, he’s tall. You might not think this is all that important, but most of the men in show biz are tiny. I know this for a fact because I was once at a fashion show and the Jonas brothers were there, and I scooped  up all three of them in my palm, put them in the front pocket of my overalls, and walked right on out. I’m not even kidding. So, tall is rare and tall is exciting. Also, unlike Kourtney Kardashian, he is interesting to look at. He might not be traditionally handsome, but that is a FACE, you know? It has presence. And finally, he’s intense. He falls hard. These relationships have not lasted a long time, but they’ve gotten serious quickly, with engagements and move-ins, and premieres, etc. And who doesn’t want a guy that’s completely obsessed with them, to the point that you get matching tattoos, a pet rabbit, and the inability to ever be physically separated before you even learn their middle name? I sure do. That’s totally healthy, right?

This one doesn’t need much explanation. He’s on SNL. He joined the show when he was only 20 years old as one of the youngest cast members ever. He also has a movie called King of Staten Island coming out in 2020 that is based on his life, and that he wrote with a guy you might have heard of, Judd Apatow. Sure, his humor is dark, but I think most people would appreciate someone whispering horrific jokes into their ear at their mother’s funeral. Just me? At the VERY least, Kate Beckinsale was definitely into that.

He Gets Lots Of Publicity

As I always say around here, if you think that celebrities are not calculated and strategic about their images, then it must be nice living in your very empty and uncomplicated brain. Can I move in, please? Pete Davidson is officially a publicity magnet. Ever since his relationship with Ariana, his profile has blown up, and people are interested in his every move. This makes him a great choice for a young female celebrity who wants to put her name on the map. I mean, Margaret Qualley? Not to be rude, but who the f*ck are you? Approximately 12 people watched The Leftovers. And yeah, Kaia Gerber is getting pretty famous, but if she wants to overtake Gigi Hadid as the top second-generation supermodel, she really needs to up her profile. And a buzzy relationship was the one thing she was missing. So now they’ll eat that Magnolia cake, they’ll hold hands around town, they’ll profess their undying love on Instagram, and then they’ll break up. All of this will happen in the next 30 days. The relationship won’t last long, but that publicity bump for Kaia will last forever.

And there you have it! Pete Davidson, hot girl magnet. Did I miss anything else that makes him so irresistible? Let me know!