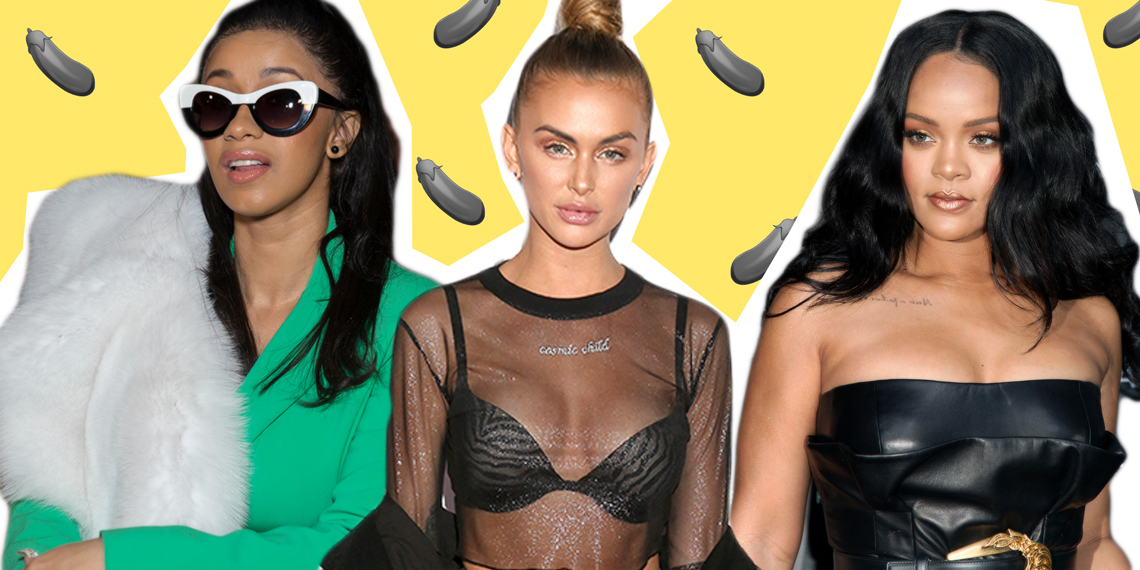 What Is Big Dick Energy? 7 Women Who Have BDE

If you haven’t heard about Big Dick Energy, you clearly haven’t been on social media all week. WTF? And if you’ve never been in the presence of Big Dick Energy, please stop hanging out at houses of guys who have a “Saturdays Are For The Boys” flag. Like most ridiculous concepts that you didn’t know people could conceive of, BDE is a concept that came from Twitter. It was first used when talking about Anthony Bourdain (RIP) and then used when talking about Pete Davidson. And like any viral thing, it just took a life of its own that will inevitably die out when Ellen Degeneres features it on her show or Fat Jew steals a meme about it. Big Dick Energy is the capacity to carry yourself with an unshakable confidence and truly not give a fuck. I honestly have no idea why this is called Big Dick Energy, because there are way too many well-endowed dudes out there who have zero confidence, but it’s a vibe that any gender can cultivate. Check out some female celebs who have BDE.

I don’t know about you, but when I first heard about Big Dick Energy, I immediately thought of Rihanna. No seriously, I didn’t think of guys who seem like they have big dicks. I thought of Rihanna. She made nipple piercings and bringing your own wine to restaurants cool. Sure, those are things that I have since done to disappoint my parents, but that’s still Big Dick Energy. She even brought a flask to the Grammys, because are we still acting like award shows are interesting (besides the red carpet or when someone does something offensive)? Completing the cinnamon challenge or gallon of milk challenge would be easier than encompassing into words how much Rihanna has—no wait, invented—Big Dick Energy. So I’ll leave this video of her instead because it does her BDE justice.

You need a lot of balls to cheat, lie, throw drinks, and nearly commit murder on camera for Vanderpump Rules. But you need hella Big Dick Energy to suck milk and honey out of a baby bottle on camera for Vanderpump Rules. Lala’s epic one-liners alone emit BDE. “Obviously I’m not getting paid to have sex, although that would be dope”—that would make a great Seeking Arrangements slogan, boo. “I’d like to thank my little kitty cat because it takes that D like a champ”—better than any Oscars thank you speech. “Once you let a guy inside any of your holes, it’s very easy to get back in”—engrave that into my grave. Lala lives everyday like it’s payday, and luckily for us, every day just so happens to be a good day to take your top off. And that, right there, is the essence of Big Dick Energy.

I don’t know about you, but I was pretty surprised that the plot of Cruel Intentions is about a dumpster baby of the Winklevoss family who falls in love with a Southern version of a virgin who can’t even drive. I really thought it was about bad bitch Kathryn Merteuil kicking ass and taking names all while being high on cocaine. Isn’t that what Jordan Belfort basically did? And any finance dude or frat bro will tell you Wolf of Wall Street is all about dick energy (of course after telling you how much Big Dick Energy they definitely don’t have). The X-rated version of Blair Waldorf legit had her own sex lair. Did Jordan Belfort? Nah. Kathryn Merteuil is the movie embodiment of BDE.

I know the Kardashian family is used to paternity drama (*cough* Kylie’s bodyguard and OJ Simpson), so it wouldn’t be shocking if Rihanna turned out to be Kris Jenner’s daughter the entire time.

Exhibit B: Their Big Dick Energy. Either that, or Big Dick Energy comes from vodka and hanging out with rappers. Regardless, Kris Jenner is the biggest hustler. She truly changed the landscape of Hollywood. And being the most ruthless and the most fabulous person on the planet definitely means she has BDE.

5. Anyone Played By Julia Louis Dreyfus

Elaine Benes does it like a dude: she shit talks, sleeps around, and is just as much of a dick as any of the guys she hangs with. George Constanza definitely is the embodiment of Small Dick Energy, but out of all the guys there, Elaine definitely embodies Big Dick Energy the most. One time she threatened to have the IRS crawl so far up a politician’s colon, he better think the only thing they find is more cancer! You’re gonna need to have a proverbially big dick to get that far up their colon so they feel completely emasculated. And I don’t even have to say that much about Selina Meyer. How can the first female president NOT have BDE?

I’m semi-surprised Cardi B didn’t invent this term, because it seems like something she would do. Cardi B certainly has BDE because she’s so unapologetic. From the famous “let me fat in peace” to “I know I look good. I know I’m rich, I know I’m talented. I know I could get any man I want—any basketball player, football player,” Cardi knows who she is and she gives the least amount of fucks possible. Watching her twerk at Coachella while heavily pregnant and telling the crowd that she wanted us to see how she got pregnant in the first place was truly inspirational.

Mindy Kaling once said she is so confident because her parents raised her to have the confidence of a privileged white guy. First off, do you know how confident privileged white guys are? The Republican primary literally turned into an argument about who has the bigger dick. That’s not confidence. That’s Big Dick Energy. Her parents clearly raised her to go after what she thinks she deserves and while doing it, she’s broken down a lot of barriers. And breaking down barriers takes a lot of Big Dick Energy.