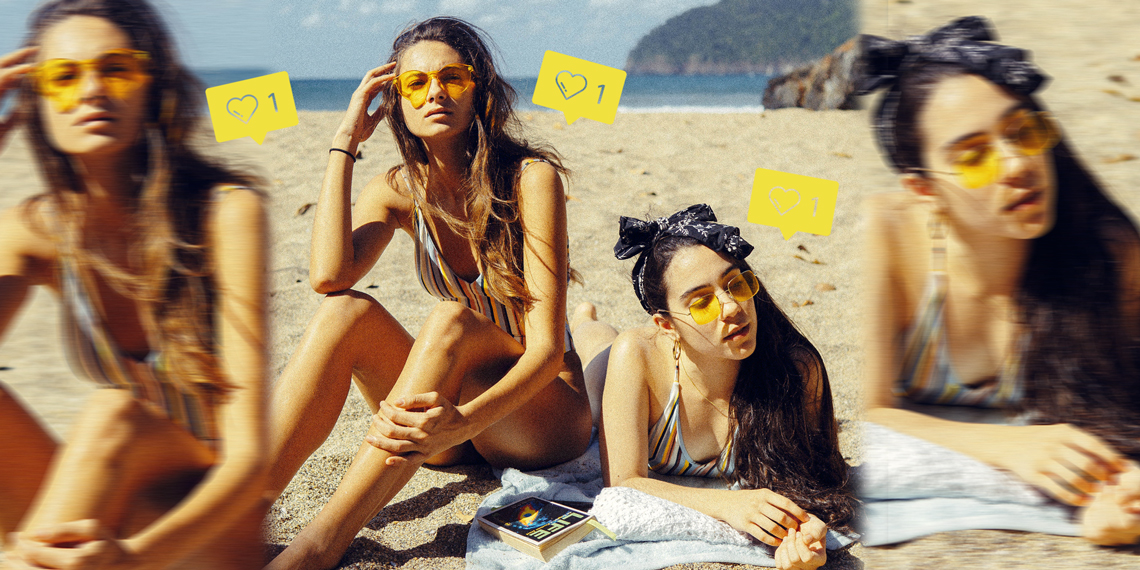 6 Easy Ways To Look Hotter In All Your Photos

There is literally nothing worse about summer—I mean, besides the heat, tourists, and children everywhere—than taking unflattering photos. It doesn’t matter how hot you look in your bikini IRL, at the wrong angle you could gain 50 pounds or look like an entirely different person. So since we are wearing less, you have to plan ahead to put your best foot forward (literally), and look hot af in every photo you Instagram all summer. Here are some sneaky ways to look better in pictures.

Unless you’re somehow perfectly spherical, you’re probably smaller in profile than straight on. A trick to get the perfect angle is to stand sideways first, then rotate a little to face the front, so you’re at the perfect 2/3 angle. See? Don’t even bother dieting, you just lost 10 pounds.

No matter what size you are, anyone could look like they have a gut if their posture isn’t right—so with good posture, you’ll automatically look better in pictures. Having good posture is putting your shoulders back, straightening up, holding up your head, and holding in your core. It’s more like flexing your muscles than sucking in—if you don’t know what I’m talking about, go take a yoga class. You’re actually supposed to be always engaging your core, as it’s better for your posture. I mean, I accidentally hold my breath sometimes because I forget to breathe, so I don’t really do this, but you are supposed to. It makes your ab muscles hold your stomach in so you look less squishy, and it will show more definition. You know, if you have it. If you just suck in, you will probably look like you’re sucking in, which just makes you look 10 times worse. There is one horrible picture of me in high school where I was feeling kind of bloated so I sucked in really hard for a photo and I ended up making my ribs stick out. I looked like a starving child from a third world country, when I just wanted to look like 1998 Britney. It still haunts me to this day.

Don’t stand with equal weight on both feet in some kind of WWE pose. Shift most of your weight on your back leg and point your toe a little with your front leg. This will make you have the same definition you get when you wear heels (even if you’re barefoot).

It’s all about angles, are you catching on? Your face also looks better at a 2/3 view. It’s just a general rule, fight me. If you’re worried about a double chin, try pushing your head forward a little to stretch it out. Otherwise, just try not to look completely straight on at the camera. It also helps to open your eyes a little wider than usual, but not like crazy eyes or a serial killer.

5. Stand Away From The Camera

This is basic perspective. The closest things to the camera look biggest (plus have the worst warping from camera angles) so try to get further from the lense if you’re taking a group pic, or find someone to take it for you with you all standing equally as far.

Are you really trying to get ab definition in your beach pics? Wellll, if you really care about this, you can emphasize the abs you already have by contouring the same way we do with our cheekbones. Just put bronzer in the parts of your stomach you want to go in (like the sides and the ab crack), and highlighter on the “pack” muscles. When you take your photos, the light will catch highlight and push back the darker parts, so it’ll make you look more ripped. But please note, this only works if you already have some ab definition. I don’t think if you don’t have abs at all you can just like draw it on with makeup and have it look legit, but idk, maybe you’re super good at makeup, so you can give it a try?