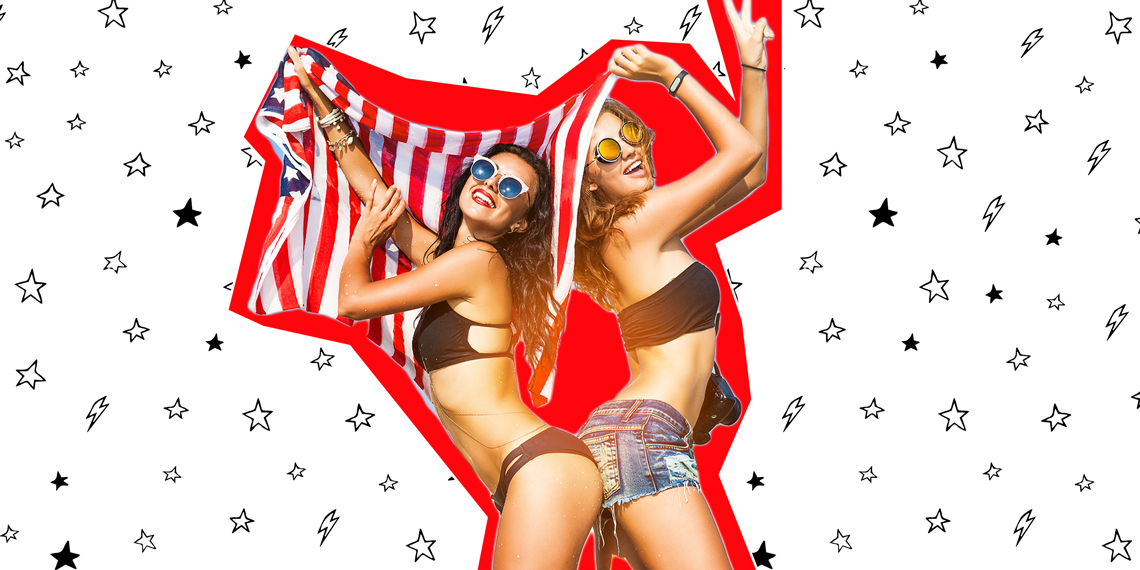 Overdone July 4th Instagrams You Should Avoid At All Costs

How you spend the Fourth of July says a lot about you. How you Instagram how you spent the Fourth of July says even more. Whether you’re planning to show off the cherry pie you baked, the bikini body you spent all winter dying for, or you simply want to remind the world that you still drink like a sophomore in college, there are a few overdone photos you should steer clear of. Just warning you, if you post one of these overdone July 4th Instagrams, I probably will like it, but I will also screenshot it and send it to my group chat. (Did you even talk shit about someone’s Instagram post in the group chat if the screenshot doesn’t clearly indicate that you liked it anyway?)

1. Photo Of You In Red, White, & Blue Clothes Next To A Plant In Your Yard

I mean, we’ve all been there. Everyone understands the struggle of overdressing for a holiday, and then actually just sitting around eating pasta salad at a family barbecue. You can redeem the day with a dope Instagram; you just can’t do it in front of some mediocre shrubbery in the backyard.

2. Posing On Or Near A Unicorn Float

Unicorn floats are so 2017, which means we can expect to see basics posing with them for at least the next two summers. For those of you who aren’t good at math, this makes the unicorn float Instagram one of the most overdone July 4th Instagrams you could possibly post this year. General rule of thumb: If you’re going to recreate a Kendall Jenner Instagram, your window of opportunity is as narrow as two weeks.

3. Hanging On A Boat In An American Flag Bikini

Speaking of classics that aren’t getting stale… if you’re planning on posting a photo of yourself on a boat with your buttcheeks squeezing out of an American Flag bikini, you might want to reevaluate. Tomi Lahren kind of spoiled this one for all of us.

I believe that the creation of Boomerang technology was probably intended for the purpose of girls posting quick, looped videos of themselves holding sparklers on July 4th. Some may argue that this is a classic, but I’m here to tell you that it’s overdone.

Unless it’s an extremely cute baby, using a small human as an Instagram prop is not a viable option. If you really insist on being that girl who has to post with “the cutest niece/nephew in the whole wide world!!” at least have the decency to step away from the picnic table for the photo. Why do people think that having a baby in the frame makes up for the fact that the photo is not aesthetically pleasing? It doesn’t. You can do better. And also, why is everyone these days so obsessed with their nieces and nephews? They’re not even your spawn. I don’t get it.