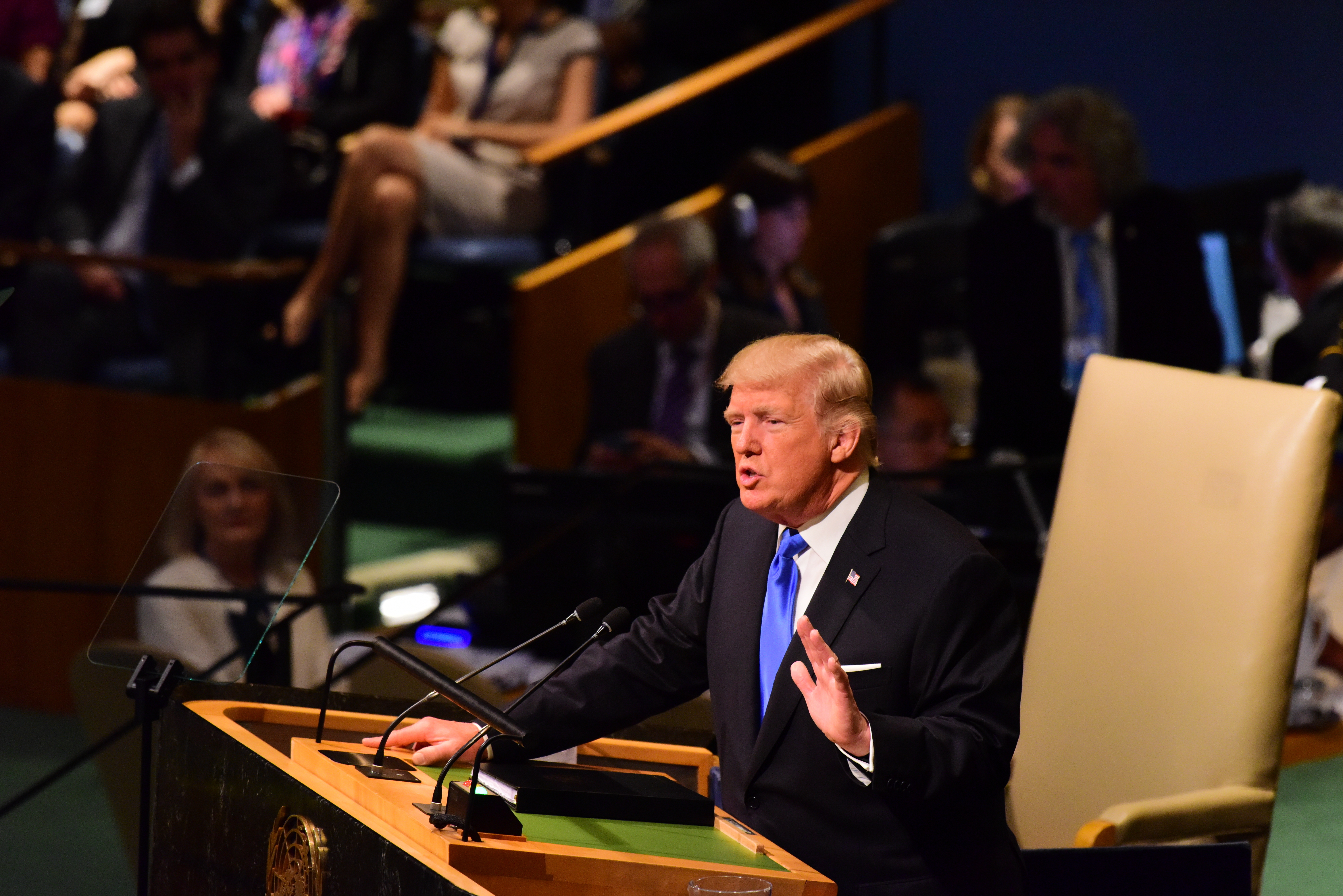 Donald Trump Just Got Laughed At By The Entire World (Literally)

Ever since Donald Trump took the oath of office, we’ve known the world was laughing at us figuratively. But now they’re laughing at us literally. Last year, President Trump made a splash at the U.N. General Assembly by calling Kim Jong Un “rocket man.” (It’s cool – they’re BFFs now.) This year, he made U.N. history by being the first POTUS ever to be literally laughed at by all the leaders of the world, for something he did not intend to be funny.

After President Trump claimed his administration had “accomplished more in 2 years than any administration in history,” the audience could not contain their lols, and actually erupted in laughter.

Trump bragged about his presidency at #UNGA and world leaders laughed.

“I didn’t expect that reaction, but that’s okay”: https://t.co/6gF9x6uE6o pic.twitter.com/nX88GMFikQ

Trump tried to play it off with the whole “I didn’t expect that reaction, but that’s okay,” move, but I think we all know that whatever’s left of his brain has immediately gotten to work on a scathing subtweet of the entire international community, that he’ll send out any minute now. What makes this all better is that the speech was written by racist Squidward himself, Stephen Miller, so we’ve humiliated two birds on the international stage with one bad speech.

Oh, and when Fox News published the video, they edited out the part where everyone laughed at him because of course they f*cking did.

I see you edited out the part where the audience laughed at him.

As great as this clip is, the joke may end up being on all of us, since Trump will definitely use this as an excuse to nuke literally everyone or give guns to bears or whatever the f*ck crazy idea he and Stephen come up with as retribution for this. Sad!