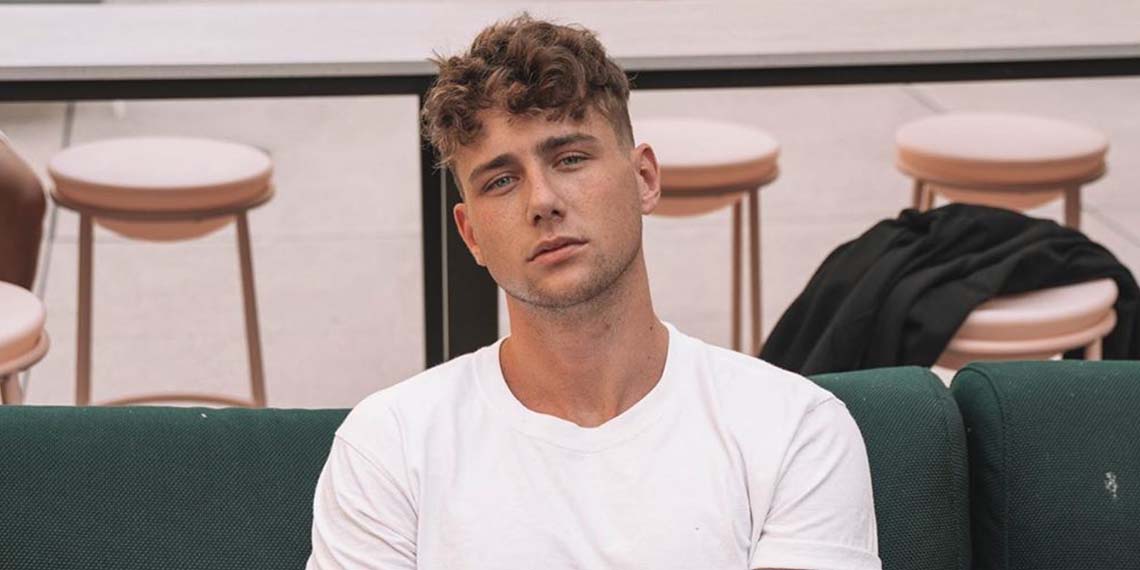 First comes Love Is Blind, then comes marriage, then comes yet another f*cking reality dating show. It’s 2020, and most of us can relate to being isolated and isolated and sex-starved, but imagine this: you’re champagne-wasted on a free beach resort vaca surrounded by super hot people…the catch is, you’re literally not allowed to hook up with anyone unless you want to lose money. Harry Jowsey, the Australian hunk from Netflix’s reality dating show Too Hot To Handle, has experienced this ~traumatic~ experience firsthand. On the most recent episode of the Let Me Finish podcast, Taylor Jackson and Abby Lloyd sat down with Harry to discuss his recent breakup, sex, and breakup sex.

Harry and his THTH costar Francesca Farago, a Canadian model and Instagram personality, left the show together, broke up, then got engaged during the reunion special. But, in true influencer fashion, Francesca announced their second split via a YouTube video entitled “Our Break Up.” According to Harry, he was totally blindsided by the video, since he and Francesca had actually filmed a joint video explaining their breakup. “Everything was going to be civil, but she posted her video and it kinda just had a whole bunch of fabricated stories to attack me,” he said. “And I was like, I’ve got receipts and everything.” (Screenshots, screenshots, screenshots, people.)

The dramatic breakup has, understandably, been pretty tough on Harry’s mental health. In addition to anxiety attacks and a loss of appetite, he’s been getting attacked by commenters on his Instagram and TikTok accounts. “I don’t know what happened with me and Francesca because we had a great relationship, the breakup wasn’t bad, we just didn’t see eye-to-eye on a whole bunch of stuff,” he said. “Then that video got posted and then she just kept sending this tirade of hate toward me and my friends and my family, and I was like, ‘I don’t know who she’s talking to or who’s in her corner, because this isn’t the girl that I know.” As if the heart-wrenching breakup weren’t bad enough, Harry now has to call in his lawyers. “It’s gotten to a point where it’s affecting my brand…so I’m like okay, everything you’re saying is a lie, so…” We’re here for this passive aggression.

Francesca rebounded quickly, while Harry—who really is too hot to handle IRL, Abby confirms—has been easing back into the dating game. Just this weekend, he took a girl to dinner then to a party with a bunch of Gen Z TikTok stars (seems like a pretty sh*tty date idea, but that’s just me). Turns out, his date had ~history~ with one of the other guys there and ended up leaving with him, so Harry ended the night, declaring, ”Okay, I’m calling an Uber, I’m going home.” I mean, we’ve all been there. On the bright side, this means that Harry is single….He reports that he’s into tattoos, girls that text first, and post-breakup sex, so slide on into those DMs, ladies.

For more on Harry’s love and sex life, listen to the full interview on the latest episode of the Let Me Finish podcast.