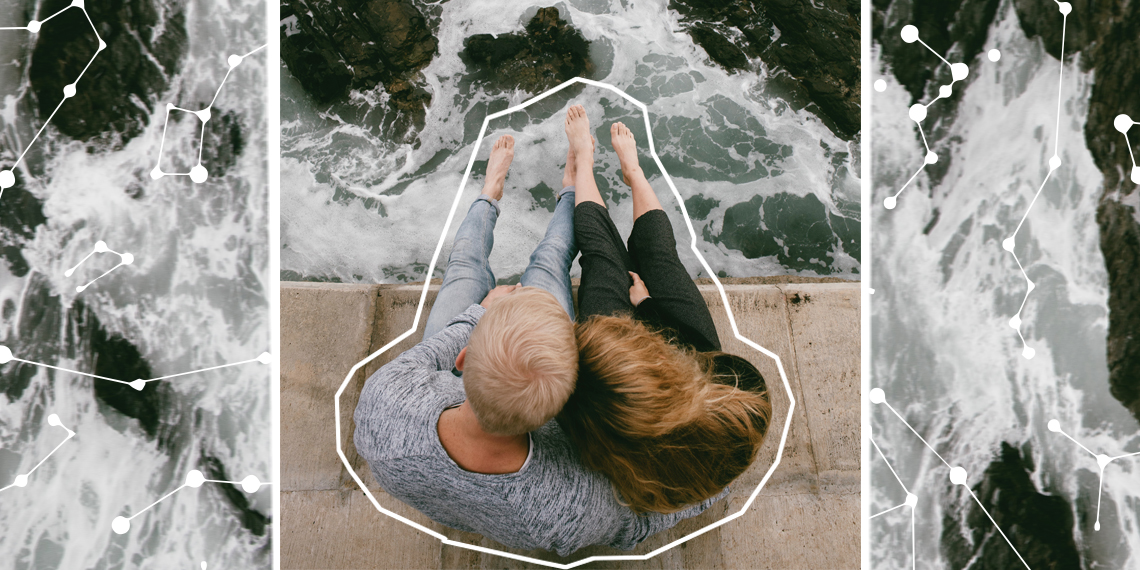 These Zodiac Signs Are The Most Likely To Cheat

People who make all of their life choices based on their ~zodiac sign~ are truly my favorite breed of human. Like, there are more than 7.5 billion people in the world, and you’re telling me that all of them fit neatly into 12 categories because everyone in those categories subscribes to the exact same personality traits?! Wow, Bethenny. Wow. Yes, I’m fully aware it sounds like I don’t buy into all of this zodiac sh*t, but I 100% do because I need to blame all of my terrible life choices on something other than my poor decision-making skills and inability to ignore “I miss you” texts.

Yes, I will admit that some zodiac stuff is absolute garbage, but some of it is pretty real! So for this installment of “I let my zodiac tell me what to do,” I’d like to discuss how you should engage in romantic situations based on your sign, using the findings of an EduBirdie survey that tested the relationship tendencies of each zodiac sign. Are you a loyal betch or a betch with a wandering eye? Let’s find out, shall we?

According to horoscope.com, Aries “will never do something just because everyone else is doing it.” Fair enough. The main qualities of Aries are: competitive, loyal, smart and impulsive. This honestly sounds like every guy I’ve ever dated, minus the loyal part. EduBirdie found that Aries act on instinct and, because of this, will likely stray from a relationship if the moment presents itself. Ever the opportunist, right? Look, if you’re an Aries/sh*tty person and find yourself banging someone who isn’t your significant other, don’t lie about it. Honesty and begging for forgiveness are always the best policy, so after you’ve determined that you haven’t caught an STD from banging a rando in the bathroom of a bar, tell your partner and pray they can still see the good qualities of Aries, like the fact that ageless angel Paul Rudd is also an Aries.

“Smart, ambitious, and trustworthy, Taurus is the anchor of the zodiac,” according to horoscope.com. Can someone please explain what the “anchor of the Zodiac” is supposed to mean? Much appreciated. Anyway, back to the survey: “17% of Taurus have or have come close to cheating, whereas the strong majority believe in steadfast fidelity.” Now, that’s something worth believing in! Too bad there are apparently no Tauruses left in the world, amiright? Taurus are also practical and sensual, which makes them grounded and dependable in relationships. If any Taurus out there would like to apply for the position of a thirsty Virgo’s boyfriend (it’s me, I’m the thirsty Virgo), please do so in the comments or in my DMs.

Greetings and condolences to anyone who has ever had to deal with a Gemini. EduBirdie says, “Expressive and curious, people born under Gemini typically prefer casual relationships, which isn’t surprising given nearly one-third (31%) have or have come close to cheating on a significant other.” For an unbiased survey, this seems like a pretty solid roast, if you ask me! I do agree, though. Gemini are famous for having split personalities, and I am not a fan. Put more nicely, horoscope.com says, “Gemini is characterized by the Twins, Castor and Pollux, and is known for having two different sides they can display to the world.” Same sh*t, though. Clap once if you’ve ever dated a Gemini who said he can’t date you because serious relationships go against his sign. I’m clapping, are you?

It is my personal belief that, despite its horrible name, that Cancer is the best zodiac sign. EduBirdie says, “Sentimental and compassionate, these water signs are guided by their nurturing dispositions. In touch with their feelings and true to commitment, only 13% have or have come close to cheating, with most remaining faithful.” I’m picking up what Cancer is putting down. Is there a way to filter my Ship feed to show only Cancer? Asking for a friend.

“Leos are all about the drama, with fiery personalities and the actions to show it; 36% have either cheated or have come close to it, letting relationships burn before them.” Is it just me, or are these impartial survey findings very opinionated? Look, if you’re a Leo, just make some sort of effort to, like, not act like a Leo in your relationship. On the upside, Leos are blessed with high self-esteem, which now that I think about it, I’m not so sure is a good thing? Is this why Leonardo DiCaprio only dates models half his age? Just a theory. Whatever.

Ah, the best sign of all the signs. And I’m not just saying that because I am a Virgo. “Virgos are known for loyalty and practicality, and that reputation extends to relationships. Only 6% have considered straying from a relationship,” EduBirdie says. Only 6% is pretty good, y’all. Find yourself a Virgo if you want to experience what being treated well feels like. Virgos are “smart, sophisticated, and kind, and they get the job done without complaining. Virgos are also amazing friends.” In other words, Virgos have no flaws.

Ah, another sign who stans fidelity! “Diplomatic and gracious, Libras crave typical romance. EduBirdie’s survey findings showed only 7% have considered engaging with someone other than their partner.” For those of you who skimmed that stat, I’d like to note that it says only 7% have considered cheating, not have cheated. Libras, where you at? I know a great Virgo who needs a boyfriend! Libras are generally “intelligent, kind, and always willing to put others before themselves,” which is really the only difference between Virgos and Libras.

“Scorpios are reluctant to let anyone in, and are understandably less likely to engage in a casual relationship. Only 9% have or have come close to cheating, with most remaining faithful.” Well, what do you expect from a sign named after an animal that can kill you just from touching you? Yes, this is a good stat, but if you’re a Scorpio, you prob waited a long-ass time before settling down. Tell me I’m wrong. I dare thee. Before everyone attacks me in the comments, I’d just like to say that dating Scorpios isn’t as bad as it seems because they are loyal af and try really hard once they’re in a relationship. Getting them in the relationship is hard f*cking work, though, so you better damn well love this person before agreeing to put up with the bullsh*t for years and years.

Sagittarius is basically another word for “extrovert.” If you need further proof of this, Chrissy Teigen is a Sagittarius. Boom. “Sagittarius are more likely to leave a relationship if they aren’t happy with the idea that the grass is always greener. Of those surveyed, EduBirdie found 23% have or have come close to cheating on their partner.” This basically confirms what we already knew: John and Chrissy truly are #relationshipgoals.

Capricorns are pretty similar to Virgos, except that their sense of humor is replaced by a desire to always be right. “Serious and independent, Capricorns are planners and less likely to settle down easily, but once settled won’t typically stray. Just 11% have considered cheating or gone through with it.” Interesante. Remind me why we bother with Capricorn? These the guys who tell us they can’t take us to frat formal because they don’t want to ruin the friendship?

“Aquarius babies connect with others on a deeper level, so one night stands are typically out of the question, with 10% considering or engaging in cheating behavior.” Those are pretty good odds, and honestly, any guy who is down to connect beyond a superficial level, especially in a city as big as New York, is fine in my book. On the downside, though, Aquarians can be temperamental and uncompromising, and many are shy and quiet. Ugh, I guess we can’t win?

Pisces is one of the few words I can literally never spell correctly on the first try because it’s unnecessarily complicated, just like the people born between February 19 and March 20. “Compassionate and empathetic, like the other water signs, Pisces babies are faithful; only 12% have considered or engaged in cheating.” After reading this study, it doesn’t seem like a whole lot of the signs enjoy cheating, which is great for humanity, but a little boring for people who live for drama (hi).