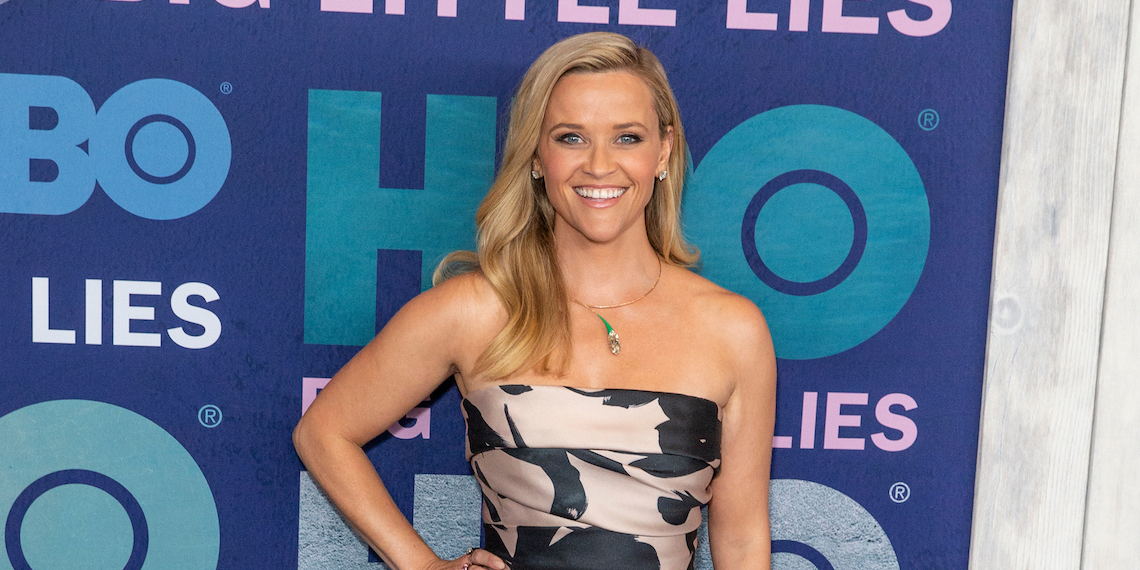 No one wants to look old. That’s just the way it is. Every year, we spend billions of dollars on serums and SPFs and masks that are all designed to hold off the fact that we’re all getting a little bit closer to death. Sorry if that was dramatic, but it’s the truth. Whether you’re a botox aficionado or just obsessed with skincare, we all just want to age gracefully.

But somehow, there are certain celebrities who don’t age gracefully. Instead, they seem not to age at all. While I’m sure this has something to do with being able to afford the best treatments, procedures, and products on the market, there’s no substitute for good genes. I don’t know what secrets these stars have up their sleeves, but they all look freakishly good for their age (or any age).

Thank you to my team for making me feel like a ? last night! @lonavigi @petraflannery @mollyrstern #BLL2

Reese Witherspoon is 43 years old, but she still looks the exact same as she did when she played Elle Woods for the first time. That was 18 years ago, in case you don’t feel old already. This photo of Reese was taken two nights ago at the season 2 premiere of Big Little Lies, and I’m personally offended at how radiant her skin looks. She also has an amazing style that’s classy and sophisticated, but never makes her seem older than she is. I want Reese to be my mom, but she looks more like my older sister if we’re being honest.

Getting it in right before rehearsals. Almost tour time. ?

Talking about Jennifer Lopez looking amazing is nothing new, but I’m still shocked every time I see a photo of her. Her killer body is thanks to a killer workout, but her face is just as flawless. My skin hasn’t looked that good since I was nine years old. I truly would not believe that she was 49 years old, but she’s been famous since before I was born. At this rate, she’ll probably look this good after I’m dead, too.

In the past, I’ve definitely been guilty of sleeping on Gabrielle Union, and shame on me for that. Gabrielle is hilarious, talented, and absolutely STUNNING. She posted the above photo a few days ago, while on vacation in Greece with her hubby Dwyane Wade. As evidenced in the caption, she is 46 YEARS OLD. Is she a witch? Did she make a deal with the devil? There is simply no other explanation. Gab just had her first child (god bless shady baby) last fall, but she’s still going to be the hottest mom at daycare.

how the fuck is paul rudd 50????? what kind of water is this guy drinking?????‍♀️ pic.twitter.com/cceituhtDN

I wasn’t initially going to include any men on this list, but then I remembered that Paul Rudd TURNED 50 LAST MONTH. I don’t understand this, because he still looks exactly like he did in Clueless, which was basically a quarter of a century ago. It’s just not fair. On his birthday in April, everyone pointed out that this is what happens when you’re charming and unproblematic, which is true. Find me anyone who doesn’t love Paul Rudd, and I’ll tell them why they’re wrong.

As a model, it’s obviously part of the job description to be ridiculously attractive, but most models are out of the game before they turn 30. Naomi, however, just turned 49, and is still killing the game. She looked absolutely stunning at this year’s Met Gala, and she also closed Valentino’s most recent haute couture show. I would let her throw a cell phone at me literally any day of the week.

I guess starring in one of the most successful TV shows of all time clears your skin right up. Jen turned 50 in February of this year, but her face is still frozen somewhere in the mid-90s. Minus the haircut, thankfully. Now all she needs to do is get back with Brad Pitt and it will really feel like we’ve all gone back in time.

Hey @helenachristensen I’ll save this outfit so you can wear it 10 years from now! ???#noagelimitonawomenandherbeauty #gotyourback #oopssheworeonetoo #girlpower #tribeca2019 #Chanel

See that woman in the photo? Yeah, she’s 60. I’m super happy for all these stars looking ageless well into their 40s, but Angela Bassett really takes it to the next level. She’s basically looked the same since the 1970s. She played a Voodoo priestess on one season of American Horror Story, so she must have put a spell on herself to never get a day older. It’s working.

Who’s your favorite ageless celebrity? Do you have any secrets to keep your skin looking fresh? What am I doing wrong? Bueller?