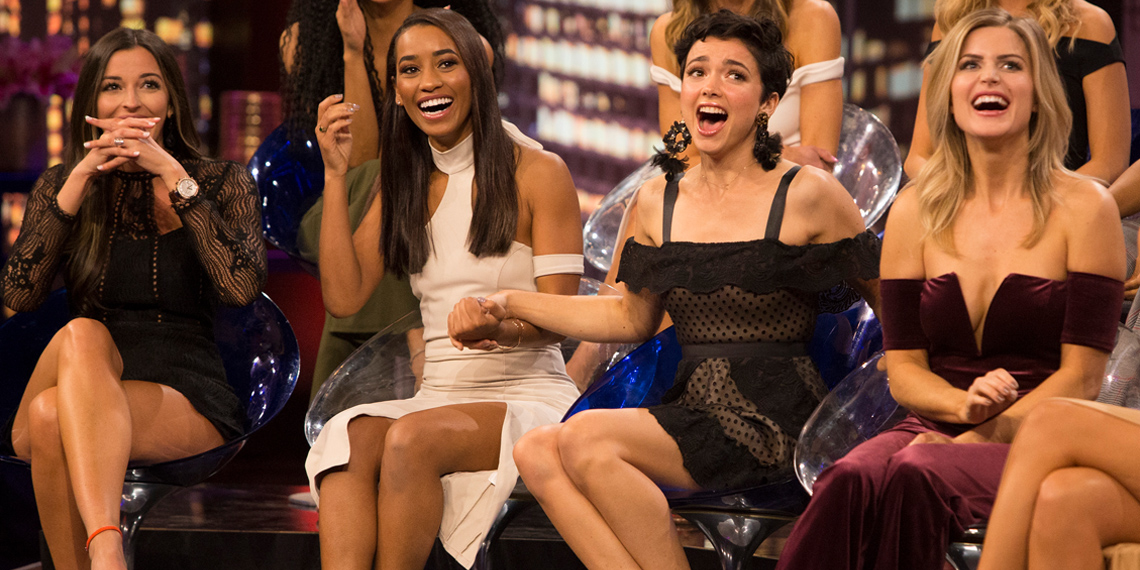 Here’s Who Gained The Most IG Followers From ‘The Bachelor’

I’m not gonna lie, sometimes it feels like we’re the only ones who actually care about The Bachelor. But today I know there’s at least one other Bachelor-obsessed psycho out there, because someone analyzed the data on Bachelor contestants getting Instagram famous. Thank god, now that this information exists I can finally go to sleep. Seriously, this must have taken a lot of work, because there are percentages and screenshots and just overall meticulous research. This person is definitely getting a rose. Arie tried pretty hard to ruin The Bachelor forever, but it’s real homies like this that keep the love going even in a world of fuckboys.

It’s no surprise that going on a show like The Bachelor leads to a nice bump in your social media stats, but not all influencers are created equal. Some of the women on Arie’s season had thousands of followers before they were even cast, while others had sad little private accounts with only a few hundred followers. While all of the women from season 22 (still unbelievable that there have been that many seasons) increased their follower total, it’s interesting to see who benefits the most from their time making a fool of themselves on national TV.

Nothing much, just a Flat Tummy Tea sponsorship.

This season, it’s no surprise that the girls who gained the most followers were the ones who made it to the end. Becca K. is the overall winner (and no one can take this win away from her), after she went from a private account with 450 followers (sad!) to over 600,000. That’s an increase of 139,475%. Congratulations Becca, you fucking won. With her announcement as the next Bachelorette, she’ll likely go even higher. It’s what she deserves.

Words can’t express everything I’m feeling tonight, but I’m so beyond grateful for the love, support and well-wishes. I’m beyond excited for this next chapter of my journey and to have shared the start of that all with you tonight. Now we’re doing the damn thing ????

The rest of this season’s top five, in order, are Tia, with a 28,863% increase; Lauren B., with 24,587%; Bekah M., with 14,633%; and Jacqueline, with 13,334%. Lauren B. wins the prize for most followers but least personality, while Bekah is obviously just like, the best. Bekah and Bibiana are also the first two girls from the season to get verified, which means they’re better than you and they know it, and also that Bibiana has an amazing publicist.

Fittingly, the women who went home first also gained the fewest followers. No offense ladies, but I don’t follow anyone who I couldn’t pick out from a crowd, or anyone who spells Britney with an “-ane” ending. It’s just a personal rule of mine, and I make no apologies. Seriously, does anyone remember who these people are? Valerie? Amber? Nope, completely blank.

So obviously it’s fun to look at these Instagram stats, but it also highlights a bigger phenomenon that we’ve seen on The Bachelor in recent years: some people might, like, um, not be there for the right reasons? Back when this shit started, it was all just innocent women who seemed like they were kind of over the whole dating scene, and they really wanted to find love! Simpler times.

Now, everyone comes in with catchphrases, a social media strategy, and at least two side projects that they’re already working on. You really think she’s a nurse? No silly, she’s just doing nursing while she waits to get endorsed by her favorite hair straightener brand. Overall it doesn’t really matter because this is just The Bachelor, but it’s pretty obvious why people want to go on the show, and it’s not Arie’s overwhelming charm.

So basically, if you want guaranteed Instagram fame, all you have to do is make it on The Bachelor, and preferably finish in the top six or seven. Bonus points if you cause enough drama to get picked for Paradise because that’s just one more opportunity to grow your ~brand~. Or like, do that shit for love if that’s what you’re into, I’m not judging.