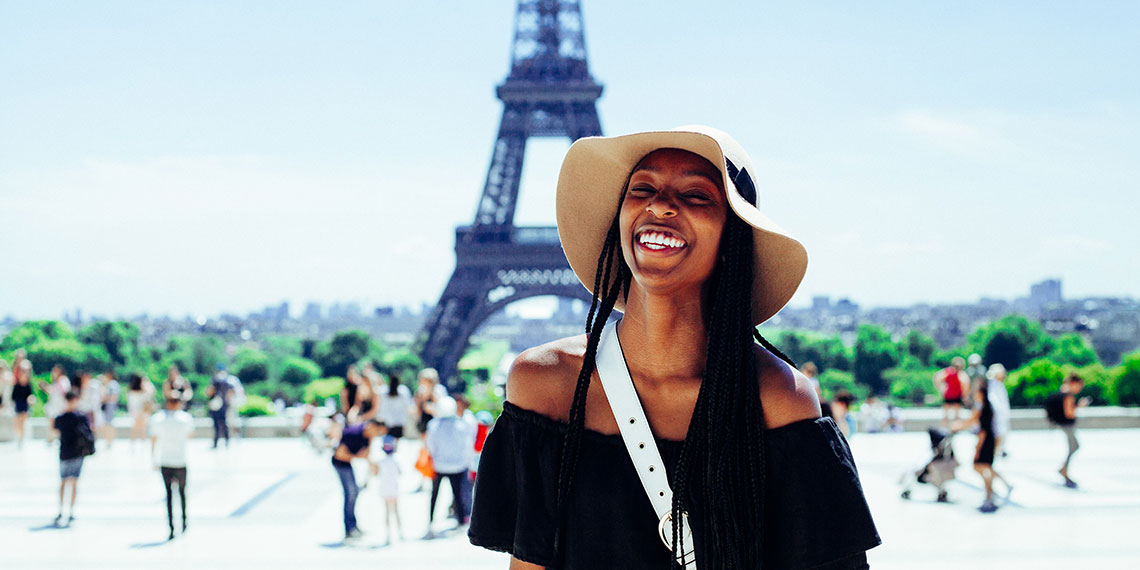 The Types Of People Who Get Back From Studying Abroad

The spring semester is full of exciting experiences, like spring break and the return of #dartyszn. It’s also full of some pretty dreadful things: like listening to someone begin every sentence with, “last semester, when I lived—sorry, studied abroad—in Par-ee…” While it’s definitely great to see all of your friends who were gone the last semester, hearing about how everything is “just sooooo much better abroad” over and over again gets pretty old pretty f*cking fast. Not to worry, I’m here to salvage your relationships with some tips for dealing with your friends who can’t help but use every breath to remind you they studied abroad in the fall.

People who study abroad looove to act like they’re suddenly fluent in another language after just a couple of months. Even the ones who went to London. Like, sure, I may not have a clue what a crumpet is (it has something to do with tea, right?) but I’m 100% positive it’s in the Oxford English dictionary—emphasis on English, so chill out, Jessica. All you’ve got to do when someone starts slipping Spanish, Italian, or French words into the conversation is tell them that you must have taken the same language course: reading a restaurant menu. More power to you if you’re able to hold an elementary conversation in another language, but let’s be real—the only words most people learn while they’re abroad are the names of the food and drinks from that country.

Look, I get it. Food that isn’t from America is “life-changing.” If I could have freshly baked bread and burrata for literally every meal, I would. But unfortunately, that’s not how it works in college dining halls, where you can only hope that your food is made with some ingredients that could legally be classified as food, and not “eggs” that came from a bag. Next time your friend starts going on and on about how the food here just doesn’t compare, say “listen, I f*cking believe you. But let’s make the most of this mystery meat cardboard pizza, unless you actually have some of that mind-blowing food you keep talking about to eat instead.” As long as you keep throwing their mediocre food account on Insta some likes, they’ll get over any initial hurt feelings.

Obviously, traveling is a great way to immerse yourself in other cultures. There are a sh*t ton of museums and monuments and to visit, and the fact that you’re in a different part of the world altogether is a learning experience. Get ready to listen to your friends talk about how ~cultured~ they’ve become since living abroad. How they went to different museums every week, and were always trying new foods, and reading new books, and speaking to locals in their native tongue. Ask them if they’ve stepped foot in a museum since getting home, or watched anything more foreign than the British version of The Office, and they’ll be forced to come to terms with the fact that they haven’t really changed as much as they’re putting on.

The One With A Story For Everything

Apparently, even the smallest thing can remind someone of a never-ending story about their time abroad. You can’t mention traffic, going to the grocery store, or even f*cking breathe without them going, “OMG that reminded me of when I was in Florence…”  *cue eye roll.* Be sure to follow up every study abroad story with an equally as uneventful story of your own to show them that doing something as boring as washing your hands does not suddenly become interesting just because it happened in a different country. I physically couldn’t care less about how you accidentally used the wrong tense of a word while ordering breakfast one time. I do that all the time in English, and you don’t see me bragging about it.

The One In A Long-Distance Relationship

Chances are at least one of your friends is going to come back with some ridiculous whirlwind international romance they primarily pursued in an effort to live out their Lizzie McGuire Movie fantasy. Now that they’re back in “the States,” they’ll love regaling anyone within earshot with the details of their love story and the hardship that comes with FaceTiming across time zones. Give me a break. You can probably get them to shut up about it (and hopefully just end the whole thing) by asking if their newfound soulmate has any plans to be in the country in the next 6-12 months. Once they realize they have a better chance of making tuition money by selling feet pics than they do of over seeing Paolo again, they’ll come to their senses.

Honestly, your friends are just excited to share their new experiences with you (and also convince you that they definitely never felt any FOMO while they were gone. No, not even once). Give them a week or two to tell as many stories as they want (even if you’ve heard the same one a million f*cking times), and indulge them by asking questions to help get it out of their system. Then you can start giving them sh*t after a few weeks if they’re still talking about how different the water tasted. They’ll get the point.