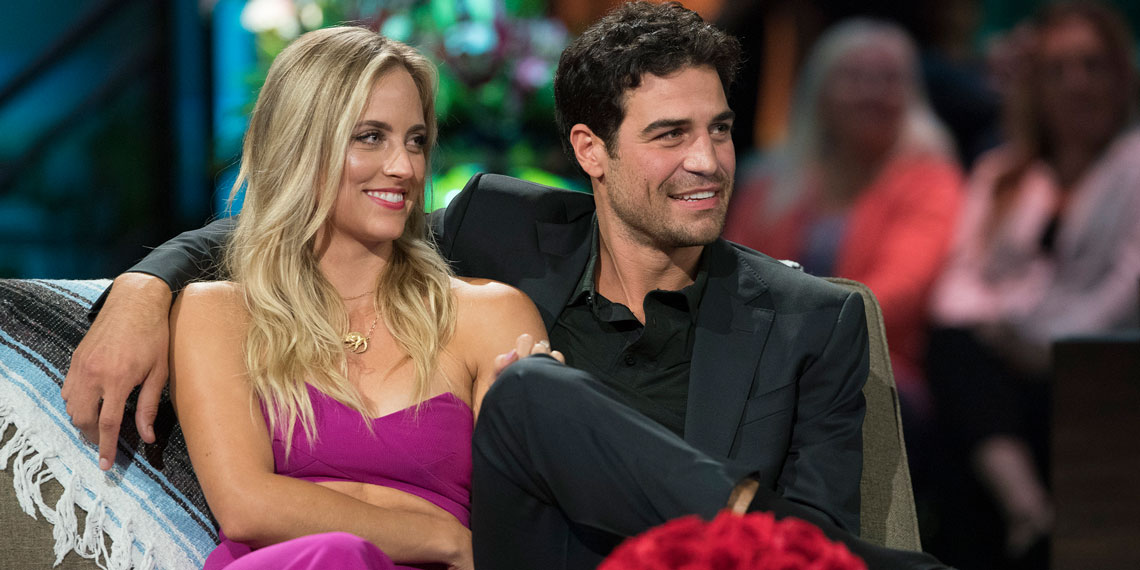 The Official Power Ranking Of ‘Bachelor in Paradise’ Couples

Let’s face it, Mike Fleiss controls our lives. For approximately nine months out of the year we’re watching some iteration of The Bachelor, or reading spoilers about The Bachelor, or sliding into the DMs of eliminated Bachelorette contestants, or buying FabFitFun boxes with the code AMANDA for 20% off. No? Just me then? Cool. So, even though we’re still so early in Hannah’s season that multiple steroid users with mommy issues remain instead of just the one final steroid user with mommy issues, that’s not going to stop me from talking about Bachelor in Paradise. But not this upcoming season of Paradise—we’ve already got that covered—I’d like to talk about our couples from past seasons, because why not beat a dead horse!!!

Shockingly, Bachelor in Paradise has a not-completely-abysmal track record for couples. I mean, sure, the show hasn’t quite gotten the consent thing down, but they seem to not be utter trash at pairing up couples. So, in advance of the new season, I’ve decided to make a very scientific ranking of power couples that have come out of Paradise. This ranking is based solely on my personal preference (it’s my article, betches) and the couples’ Instagram followers, which we all know is the only real show of power these days. Without further ado, here is my Bachelor in Paradise couple power ranking!

Survived my first ski weekend (lashes didn’t) thanks to my cute instructor ⛷?. Where should we tackle next? (P.S. I only cried once, and I can’t feel my calves). #TheMountainsAreCalling

Astrid and Kevin may have more Instagram followers than some of the couples that rank higher on this list, but they live in Canada so that immediately gets them dead last. You can’t be a power couple in Canada unless one half of you is Drake. Plus, Kevin looks like someone disassembled James Marsden and put him back together wrong, which I find very disturbing. Maybe if these two move to Nashville, attend Stagecoach, and get a goldendoodle, then we can talk.

There is no way Ms. Baby Voice herself and a man nicknamed Goose are actually a couple, and I remain steadfast in my belief that this is a long con. WHAT ARE YOU TWO PLAYING AT?

I’m keeping you forever and for always We will be together all of our days Wanna wake up every morning to your sweet face… ?Always ? . . . . . May 31, 2019 ?: @courtneyelizabethmatthews

Raven and Adam just got engaged and I almost completely forgot to put them on this list. So that’s not a great indication of power, is it? But sure! I’m happy they found love and Instagram sponsorships in each other’s arms! But Raven still better keep a stiletto close by, just in case Adam decides to cheat.

Ok, so I think I finally figured out what’s causing all these babies. Baby number 473ish coming soon! (Im currently carefully curating this babies Instagram page to be released with ointment line in 2054.)

This couple was hard to rank. On the one hand, they have a large Instagram following, Carly has a popular podcast with Jade, and they have a second paycheck child on the way. On the other hand, I truly believe their pepper kiss was the monster in Bird Box. So they’re going to have to settle for the middle of the pack, just like Carly eventually settled for Evan.

A real thing Carly said about her future husband:

We finally got a place together!! Now we should probably buy some furniture

I ranked these two higher than they really have a right to be because I PREDICTED THIS PAIRING LAST YEAR.  Usually I’m only good at predicting deaths (sorry Grams!), so this is a real coup for me, and all my friends and casual acquaintances can attest to the fact that I’ve not shut up about it for the last 365 days. So, for my own sake, I want them to be a power couple. And they are pretty popular—Joe rode his Bachelorette night one elimination right into appearances on Dancing with the Stars and Bachelor in Paradise, and Kendall is into taxidermy and people aren’t even horrified by it. If that’s not power, I don’t know what is.

Jared and my coed bridal shower #ad had donuts, hot dogs, sliders, and some great friends sharing stories about our past and giving us advice for our future. AND! We also got @crateandbarrel presents! It doesn’t get much better. Thank you so much for this night I’ll always remember, #cratewedding!

I really didn’t want to rank Ashley and Jared this high, because you should never let the crying, snotting, unrelentingly pathetic terrorists win, but alas, even I can’t argue with their popularity. They have so much power, their entire wedding appears to be sponsored by Crate & Barrel, which I’m sure is a relief for her father who most certainly does not want to spend $100,000 only to see his daughter divorce her Applebee’s manager husband in a few years.

Ashley and Jared are also the stars of their own YouTube reality show, Rose Buds. Well, actually, I have no idea if they’re the stars being that I have never watched, will never watch, and am pretty sure the only people that watch are prisoners currently being tortured by the CIA. When you escape, let us know if it’s good, guys!!

An actual thing Ashley said to her future husband:

This is kind of a no-brainer. Everyone knows that Jade & Tanner are the ultimate power couple to come out of Bachelor in Paradise, because they’ve made the most money off of it. That’s how we rank power in America, right? They’ve got the most Instagram followers, she’s got a podcast, and they’re also on Rose Buds (again, I think!!).

Not only do Jade and Tanner have a large and devout following, but they’ve also been together the longest of all the couples on this list, almost a full four years! I mean yeah, I’ve had cups in my room longer than that, but for this show it’s not nothing!

And there are your Paradise power couples! I hope they enjoy it while it lasts, because I’m sure when Demi finds her prey—sorry I mean love—this summer, she’ll be coming for the crown.