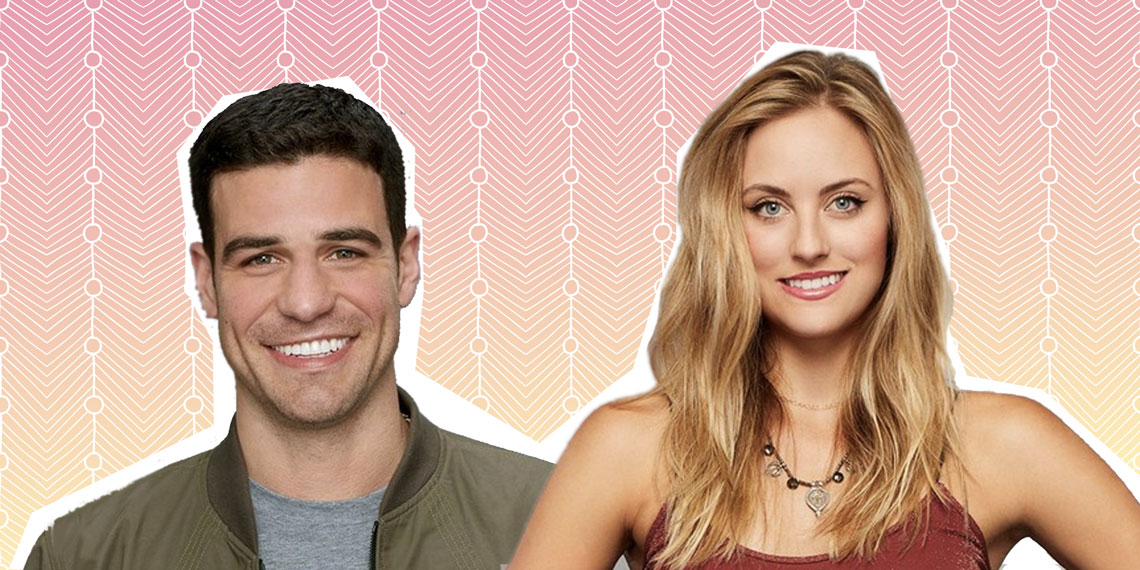 ‘Bachelor In Paradise’ Has A Premiere Date & Here Are Our Predictions

Well friends, it’s finally summer. And you know what that means—it’s time to go to a Mexican resort, get blackout drunk, and hook up with people who may or may not have a criminal record. Oh, wait! That’s what they’ll be doing on Bachelor in Paradise. I’ll be watching from my couch alone in an old *NSYNC T-shirt. At least I have air conditioning! That’s right folks, ABC has officially announced that everyone’s favorite cautionary tale spin-off will return on Tuesday, August 7, with a 2-hour premiere episode. That’s 120 minutes of watching women desperately try to will their eyelash extensions to stay put in 2000% humidity. How did we get so blessed?!

ABC hasn’t announced the cast yet, but it usually includes losers from the most recent Bachelor and Bachelorette seasons, so expect to see Arie castoffs including Tia, Kendall, Bekah, Caroline, Krystal, etc. Anyone that at least made a minor splash on the show and even the ones who didn’t will probably show up because hey! ABC’s standards for contestants these days are about as high as my standards for a man (and tbh I just require them to be breathing). We’ll also get a bunch of Becca’s guys, or at least as many as they can spring from jail for a 2-week furlough. Chris Harrison basically confirmed on Twitter that fan favorite Grocery Joe will be there, and I’m sure we will get The Pensive Gentleman™, Colton, and a few others.

The best thing about Bachelor in Paradise, other than the fact that it’s not me making a fool of myself on national TV, is trying to figure out who is going to couple up. Or, in Ashley and Jared’s case, who is going to threaten to drown a fellow contestant in her never-ending ocean of tears until the other contestant’s fear is so strong that he proposes. There’s not one right way to have a relationship, people. So, I’ve put on my thinking hat and come up with a few predicted couples for this season. Full disclosure: this is based on nothing but my intuition that has steered me completely wrong for the last few decades, so if any of these are right, I’ll be expecting a prize. Shall we get started?

So this one’s kind of obvious, but since I’m sure the rest of my predictions will be wrong, LET ME HAVE THIS. Obviously, Colton is still on Becca’s season, but we all know she’s keeping him around for his looks. I don’t care how many seasons the dude’s spent warming the benches in the NFL, there’s no way the Bachelorette is picking him if he slid into her friend’s DMs months ago. Rest assured he will be on Bachelor in Paradise. Human shit stirrer herself, Bekah M, basically confirmed this would be happening on Twitter last week, and as much as I think she usually is grasping at straws to stay relevant, we all know she’s right about this happening. I mean, even my grandma could see this coming a mile away and she can’t even find her glasses. Expect this relationship to get a lot of airtime, and maybe Colton will even lose his virginity to a woman whose first sentence uttered on national television involved the word “weiner.”

I’m hoping that Kendall and Joe will be the couple to watch in Paradise this year. They are both attractive in a normal way: Kendall doesn’t look like she was made in a Mattel factory and is hiding an on-switch under her left foot, and Joe is not a man with a blowout and spray tan. Snaps for Kendall and Joe. They also both appreciate animals, even if it is in a different way. I imagine a lovely night in for them as a couple would be Kendall killing, skinning, and stuffing a chicken while Joe makes the meat into a delicious pot pie. What a lovely little life.

Meet the newest addition to my taxidermy collection Poppy! She is a ram mount found at Long Beach Flea-market and is such a beauty ????✨ And my hair matches her too ???? Tried crimping for the first time!! Plus @amandarileyhairstylist brightened me up with blonde for the summer ✨???? #hairtwins #taxidermy

Krystal and Jordan are a match made in reality TV heaven. Or hell, depending on who you’re asking. Krystal is the woman who got mad when Arie invited extra women on their group date, claiming it was unfair. She clearly wanted the attention on her, and Jordan is certainly never going to ignore her for other women. He only has eyes for himself! They also are both in professions that focus a lot on physical appearance, so they can spend their time together looking in mirrors and drinking green juice. Let’s just hope Jordan doesn’t have a needle dick, am I right Krystal?

Bekah wants to be famous, that much is clear. She stirs shit up for no reason cough *Twitter feud with Raven* cough, puts her famous ex on blast, and lets her mom think she was kidnapped just so she could smoke some weed. You’re nobody until you’re a missing person. Clay was the genuine and sweet football player that got injured in episode 3 playing football with male models and sales reps. Bless his heart. I feel like he’d be easily manipulated by The Bachelor’s very own manic pixie dream girl, and he’s her perfect mark since his profession already gives him a level of fame. Expect to see her rip his heart out with her bare hands and serve it to him for dinner.

dm’ing your ex on twitter is a great look too, no? ????☕️ #teampetty #teambecca

And of course, Caroline will end up alone with her self-righteousness. As will I. Let me know if I missed any dream couples!