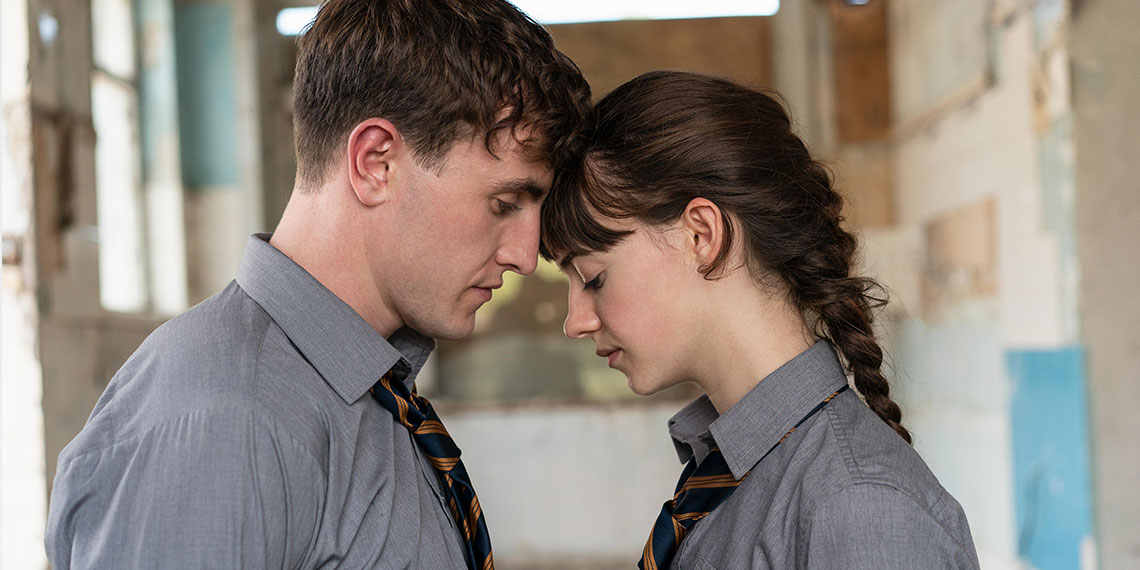 I, like many others this week, spent six hours binge watching the entire season of Hulu’s “Normal People“. It honestly took me on an unexpected emotional roller coaster. The story of two young people in love, but also in denial. I’ve never been so frustrated in my life. Like JUST DATE AND BE HAPPY. Ya know??? I cried, I gasped, and I even screamed “OMG THEY’RE SHOWING HIS DICK”. So yeah, if you haven’t seen it yet, I highly recommend!

It’s almost difficult to rank these characters, because they are all so sh*tty at one point or another, but that’s what makes it fun I suppose. Here’s my ranking of the characters from worst to best.

I debated the worst character for a moment, because there are a few options here. Quite honestly, if you’ve watched this show, you know that just about every single character is the worst in one way or another. But, after some glasses of wine and deep thinking, I settled on Jamie. Jamie is a rich, smart, prissy boy. But, not the kind of rich that makes him attractive. The kind of rich where he complains that they’re drinking Champagne from the wrong glass (maybe he should befriend Dorit Kemsley). He was cast perfectly, because he’s tiny and dweeby, which makes it that much more irritating when he’s rude and plays the tough guy act. Without giving away too much detail, Jamie is insecure, manipulative, and a loser. In other words: the worst.

Denise was also in the running for the worst, but her evil antics seem to stem from somewhere, so she landed at number nine. Denise remains mysterious, but they do not shy away from showing how awful she is during her few moments of fame. She’s widowed, which gives her an excuse for being closed off. But, she’s still a mom, and it’s actually sad to watch how she treats Marianne. I get the wannabe Devil Wears Prada vibes from her, but without the valid excuse to do so. By the end of this show, you essentially want her to get hit by a bus, so, I’ll leave it at that.

Alan. If you’re like, “who tf is Alan”, he’s Marianne’s brother. I clarify this only because I didn’t remember his name either, but loathed him as a human. Alan is the conceited red head that everyone hates. He’s also born rich, but is dumb, so he doesn’t have the perks of coasting through school like his peers. Every time he pops on screen, I cringe, because I know he’s here to make us miserable and he succeeds at doing so 10/10 times.

7. Rob, Eric, and Rachel (Different, But The Same)

I’m grouping this trio as one ranking, because they are three versions of the same human. Boring, angry, popular kid who bullies you because they have a crush on you type. They’re the kids who peak in high school, and then go on to be the weird, single, 38-year-olds sliding in your DMs with some pyramid scheme BS. Obviously, the plot twist with Rob is quite jarring (no spoilers here), but it still doesn’t take away from his slimy personality. It just makes him slimy with some deeper issues than we realized.

Helen is kind of boring, but kind of important. I honestly feel bad for her, being the rebound is never fun. She handles it with poise, at first, and I can’t decide if it’s because she is clueless, or because she wants to be the cool girlfriend. Either way, Connell is always like “I LOVE HELEN” while jerking off to Marianne, so thats where she stands. All I’ve got to say is, Helen never had a chance.

It was hard for me to find a place for Marianne. On one hand she is a broken soul, but on the other hand, she’s kind of annoying. Like, why must you make so many average situations so miserable? That said, we see a lot of growth in Marianne throughout the show. In episode one, she’s a virgin, and by episode 12 we’ve seen her naked banging multiple guys about 25 times. Most of us call that one semester of college. Hats off to Daisy Edgar-Jones, though. She was very convincing, and very brave. If someone asked me to go on TV at age 22 and show my ~everything~ it would be a hard pass.

Peggy felt so irrelevant to me, until I realized she was essentially in every episode. I am not ranking Peggy number four because she’s fun. I’m not even ranking Peggy number four because I like her. But, she is simply not as evil as all of her predecessors. She doesn’t start drama, she’s a ride-or-die friend, and she’s a hoe but makes it normal. She’s the type of friend that you only bring to a party if you’re okay with her sleeping with more than one of your friends (at the same time). But, she keeps it real, and most of the characters in this show lack that quality. So, cheers to Peggy.

CONNELL. I have so much to say about this boy (man?) For starters, I’ve never questioned myself more when watching a show. Connell is not traditionally hot, yet so sexy. But, he’s portrayed as a high schooler for two episodes, so am I going to jail for thinking that? I googled and he’s 24 IRL, which is still too young, but less repulsive. There are so many layers to Connell, and I’m pretty sure every viewer wants to peel them back. He’s the token good guy who is peer pressured into being a dick because his friends think it’s cool. I feel like he never REALLY grows out of that, but by the end we’re all so blinded by love that it doesn’t really matter.

Karen is an underlying hero throughout this show, despite the fact that she doesn’t make a ton of appearances. Karen is the the designated ugly nice friend, and we love Karen. I feel like her character was handed to us simply so that we are not emotionally distraught every time Marianne gets bullied, and it works. I think the irony of this is that her name is Karen. We all know that Karens typically ask for the manager to complain, but this Karen asks for the manager to compliment an employee’s hard work. Love that for her.

Lorraine is a sweet angel on earth, and a saving grace to this show. I mean, obviously I enjoy the evil characters, but we needed Lorraine to balance things out. She is the light, and the rest of Ireland is the dark in this case. Lorraine looks like she is 30, but her son is 20, so that is unique. She is just all around a nice gal, and proves that you don’t need to be rich to be happy (don’t tell the Kardashians that). By the end, you want Connell and Marianne to work out, simply so Marianne can call Lorraine mom. Lorraine FTW!

If you haven’t watched this show, please do. This is not an ad, but as someone who has watched more hours of TV during quarantine than in my entire life combined, this show has stuck out to me more than most. Be prepared for an emotional roller coaster, and to lust after Connell. Let me know if you agree with my rankings, and slide into my DMs if you want to argue. There will be no bashing of Lorraine, and no complimenting of Alan, but everything else is fair game.