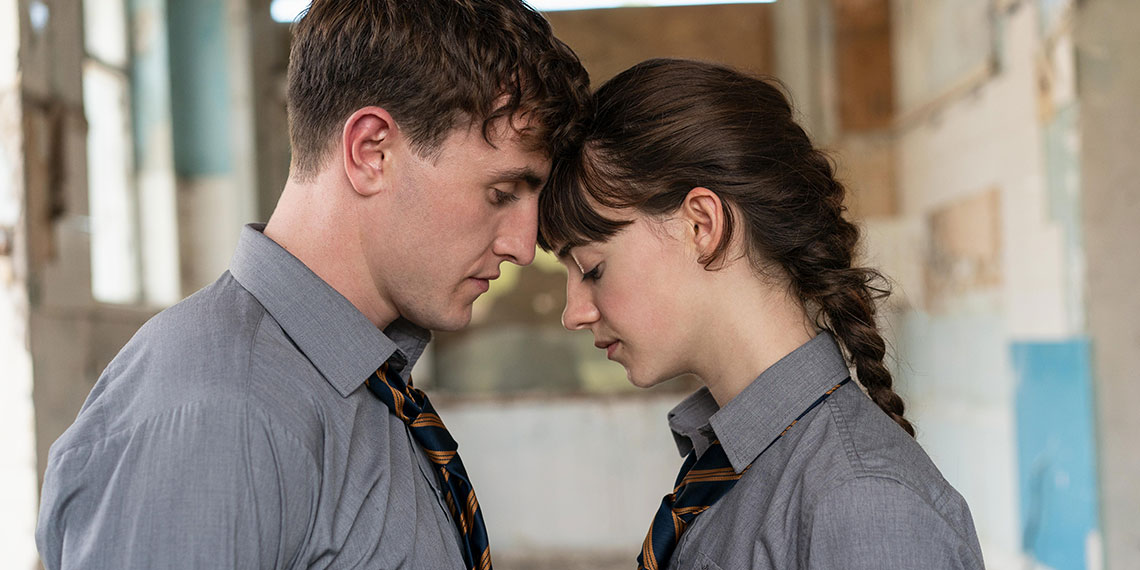 Why Is Everyone Obsessed With Hulu’s ‘Normal People’?

With my semester on Zoom University coming to a rapid end, this past weekend was the weekend before Finals Week. So, naturally, what did I do? I decided to give Hulu’s Normal People a shot to see what the fuss was all about. Just to give you an idea of how thirsty this show is making everyone, there is an Instagram account with over 27k followers dedicated to the NECKLACE that Connell, the male lead, wears during the show. The necklace! And it’s not even a particularly interesting necklace, it’s just a simple chain. So safe to say, this show has been making people lose their minds, and it feels like everyone is talking about it, and I’m here to tell you why.

The series, based on the Sally Rooney book of the same name, is set in Ireland and follows the on-again, off-again relationship of Connell and Marianne. First of all, the entire series only has 12 episodes that run 30 minutes each, so it’s a pretty low-commitment binge. You could probably finish the whole thing in one day (not that I did that or anything…), so it’s not as exhausting of a task as, say, trying to catch up on Game of Thrones.

While the premise of Normal People is not revolutionary in any way, as the title would indicate, I think it captures the essence of modern love in a pretty wholesome manner. Relationships are often messy, especially when we’re young, and Normal People portrays that messiness realistically. Marianne is a headstrong and talented woman from a well-to-do background who has gone through a lot sh*t. Connell, who comes from a much humbler family background, is similarly talented, but uniquely damaged in his own right. (I know, it’s a tale as old as time.) Together they are sort of perfect, but never quite on the same page at the same time. Anyone who’s had a years-long situationship with some guy because the “timing was never right” can relate (even though, in your case, he probably was just never that into you and you were his safety net—sorry).

Finished #NormalPeople this morning and it’s fair to say pic.twitter.com/rQc0zYyRDc

The fragility of Connell and Marianne’s dynamic is what makes this show so interesting. And while the intimate scenes in the series faced some controversy in Ireland, I’m sure Americans will have no problem. You know, since quarantine horniness is all we can think of. More than anything else, this is a coming-of-age story that follows two people who always find their way back to each other. We see them experiencing intimacy with other people, but somehow it never feels right. Normal People feels like what we all thought our high school relationships would be—two star-crossed lovers who find their way back in each other’s arms no matter what happens because it’s meant to be—when in reality, the second you both set off to college you went your separate ways and barely spoke again.

I’ve also accumulated a decent amount of Irish slang (they call their mothers “Mam”!?) after watching this show, so if any Irish cuties reading this want to hit me up, that would be swell. Speaking of Irish cuties, Paul Mescal is a site for my sad quarantined eyes. Aside from obviously being hot, there is an innocence in Connell’s character that Paul Mescal pulls off spectacularly.

Fans of the book, you’d be glad to hear that Sally Rooney is not only a producer of the show but also co-writes many of the episodes. And to anyone who’s read the book and watched the show, this is overwhelmingly clear. The best dialogue from the book makes it to the screen, but we have the added treat of Lenny Abrahamson’s directorial vision.

You might start Normal People for the pretty faces and the steamy scenes, but you will definitely stay for the storytelling that keeps you pulled in until the very end. Overall, I would recommend this show to anyone who wants to get in their feels. Even if you cannot #relate to the toxicity of the relationship being portrayed on screen (congrats on being better than me), you will still find yourself rooting for Connell and Marianne to get together. I wasn’t raised to give out spoilers like that, but if you want to talk about that ending sequence, pls hit me up.