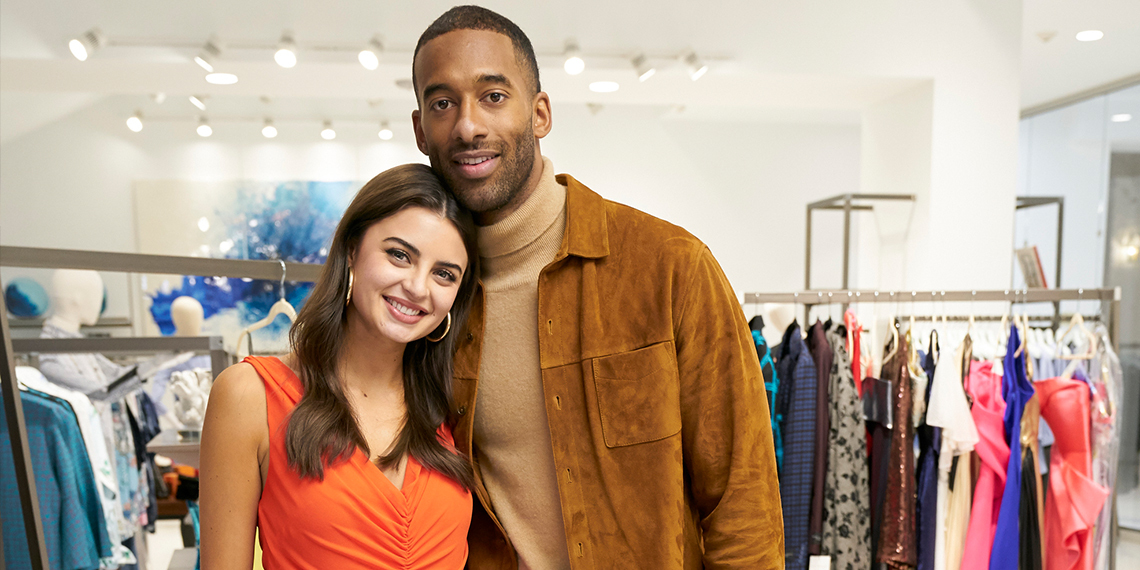 Can you believe that just a week ago I was over here thinking that this season of The Bachelor’s biggest racism problem was a few fragile white girls bullying the other contestants? I mean wow, things sure did escalate quickly, because now we have a frontrunner with a social media rap sheet of behavior that ranges from “should have known better” to “overtly racist”. And if that wasn’t enough, we also have a host (Chris Harrison) who went on television to defend her, in response to which there is now a change.org petition with over 10,000 signatures calling for him to be fired. Harrison has since apologized, but there is a lot to unpack here, so for those of you that don’t follow Bachelor Franchise controversy like it’s a toxic ex that you still have feelings for, let me break it down for you.

Piecing together a Bachelor contestant’s personality, political beliefs, and any problematic skeletons based on their social media history is today’s version of the game Clue, and I’m ready to open the envelope on Rachael displaying a history of racism. TikToker feministmama has summarized all of the evidence that’s out there on the internet that ABC couldn’t seem to find (or just didn’t care to). I encourage you to watch the videos, but here’s the TL;DR version. Among other things, Rachael:

Look, much to my parents’ disappointment, I am not a lawyer. But I think we can all agree that the evidence points to this being a very bad and pretty racist look. And these stories have been circulating for a few weeks now, so if any of it was false you’d think that Rachael would have said so by now. I know ABC has a lot of control over when contestants can speak publicly and what they can say, but if Rachael could confidently say “those pictures are Photoshopped,” then I think they would have let her.

What Does Matt James Think?

I’ve been watching Matt as the Bachelor for over six weeks now, and I still couldn’t tell you anything about him other than: he’s tall, he likes to work out, and he’s really into Jesus. So as a lead who hasn’t had much to say all season, it’s not surprising that he hasn’t had much to say about this. Especially since it seems pretty likely he chooses her and maybe they’re engaged?

In response to questions about the allegations against Rachael during an interview with Entertainment Tonight on February 2, he said, “Rumors are dark and nasty and can ruin people’s lives. So I would give people the benefit of the doubt, and hopefully she will have her time to speak on that.”

First of all, an actual photo of her at an Old South themed event is not a rumor, second of all, this statement has “vetted and approved by Bachelor production” written all over it, and third of all, this response has big “Garrett getting exposed for liking problematic memes” energy. Judging by this response alone, it seems like Rachael goes pretty far in the show, if she doesn’t end up winning.

And Now A Word From Chris Harrison

Unlike Matt, Chris Harrison (unfortunately) had a lot to say on the matter, sharing close to 15 minutes of his thoughts on Rachael, what he likes to call the “woke police” and for some reason, a bonus mention of racist games he played as a kid growing up in Texas (literally, why?), during an interview with Rachel Lindsay, the franchise’s first Black lead, on ExtraTV. Although he later apologized (more on this later), his words were pretty on-brand for Harrison and Bachelor production, and by “on-brand” I mean, he made excuses for racist behavior and instead put the blame on those calling for accountability aka the aforementioned “woke police’’.

During the chat, Chris Harrison basically claimed that back in 2018 (three years ago, for those of you counting) when Rachael attended the Old South ball, she couldn’t possibly have known that romanticizing slavery was bad, that she deserves “grace, understanding, and compassion”, and that we should give her time to reflect and wait patiently for when she is ready to speak. To me it felt like Harrison was defending Rachael like he has his own Antebellum plantation-themed wedding planned for the spring and he doesn’t want to get sh*t for it. And if you, like Chris and Matt, still want to give Rachael the benefit of the doubt, here are a few things that happened prior to Rachael attending that racist-ass ball in 2018:

– The Kappa Alpha national office (the fraternity that hosted the ball) had officially banned these events for being “culturally insensitive” in 2016
– Rachel Lindsay’s 2017 season of The Bachelorette aired, where a contestant’s racist tweets were kinda a big deal
– The BLM Movement was founded (2013) in response to the acquittal of Trayvon Martin’s murderer and gained traction from countless other similar situations

It looks like I am not alone in being infuriated by what comes out of Chris Harrison’s mouth when you let him say more than “ladies, this is the final rose tonight”. A petition calling for him to be fired has thousands of signatures. Bachelor alumni were also incensed, and took to social media to share their thoughts.

Former Bachelor contestant and outspoken critic of the franchise, Ashley Spivey, was vocal on her Instagram stories and shared a number of tweets criticizing the interview:

We can leave grace and space for learning while still demanding accountability. I feel like @chrisbharrison expresses more empathy for people who romanticize the confederacy than people who are harmed by white supremacy in this clip. So disappointing. https://t.co/Lw2BabkLpb

Rachel Lindsay responded to the same thread with, “my days are numbered,” perhaps alluding to the fact that this may be the final straw in her relationship with the franchise (she hosts the Bachelor Happy Hour podcast with Becca Kufrin).

My days are numbered

And Taylor Nolan, a contestant on Nick Vial’s season of The Bachelor and season four of Bachelor in Paradise, called Harrison out on Instagram:

Since Chris Harrison’s interview, some others in the franchise have spoken out about the controversy, but thus far, we’re still waiting on any comment from Rachael or the franchise as a whole.

Followed By, An Apology From Chris Harrison

Look, I’m glad he said something—I have to admit, I did not expect it. But is it just me, or did this apology somehow manage to sidestep any actual condemnation of racism? He ends his apology with a “promise to do better”, and I can’t wait to see what “better” means.

In the 24 hours since we first published this article, many more members of Bachelor Nation shared their concern and criticism of Chris Harrison’s words and support for Rachel Linsday, who has often been a lonely voice when it comes to holding the franchise to account. The women from the current season issued a joint statement:

And Rachael Kirkconnell finally said something, posting this apology on her social media accounts:

As Rachael herself mentioned in her Instagram story, this apology is not for me or anyone who isn’t a person of color to accept.

This does feel like a pretty big moment for the franchise, one where a majority of its “nation” is taking a stand against racism and anyone making excuses for it. Here’s to hoping this is the moment production finally decides to make a change.