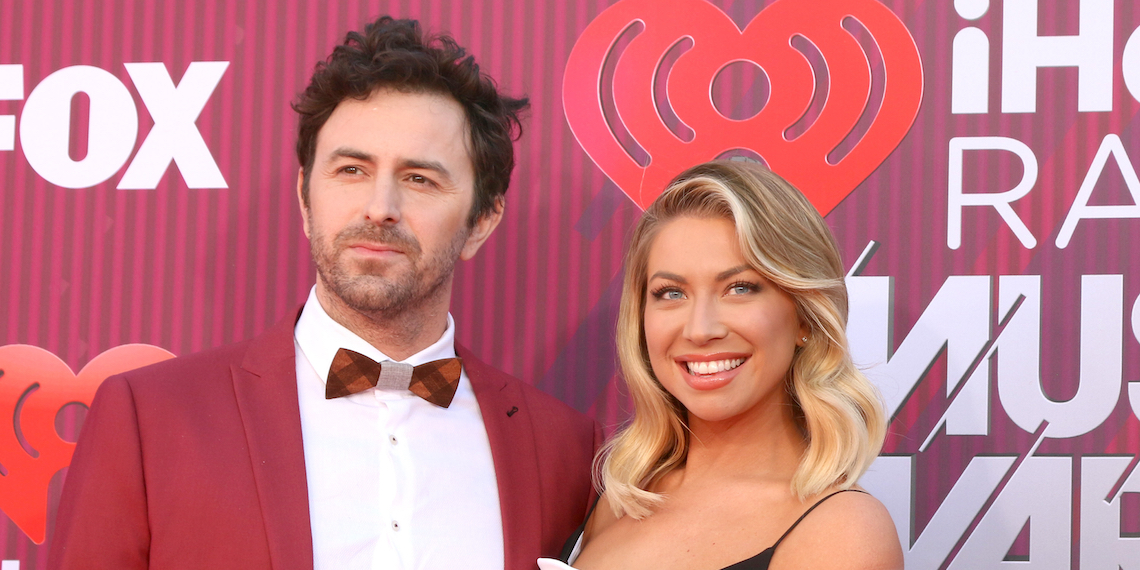 Now that we all suffered through Brittany and Jax’s wedding, there’s finally some news out of Vanderpump Land that we can actually be happy about: Stassi Schroeder and Beau Clark are engaged. Praise be, hallelujah. After almost a decade of watching Stassi fall all over herself for men who treat her like hot garbage (hi, Patrick!), she actually ended up with a guy who treats her like the princess she thinks she is. It’s actually pretty funny that she said she feels like Meghan Markle in her Instagram caption, because she’s definitely the royalty in this relationship.

I also love the photo that Stassi chose to post, because they look happy, but also she looks like she could rip him apart at any moment, which is the perfect description of Stassi’s personality. She is the devil, and don’t you forget it.

The best detail of the engagement, that I think a lot of people missed, is that it happened at a cemetery. Actually, Hollywood Forever is a super famous cemetery in LA, and Hollywood legends like Judy Garland and Cecil B. DeMille are buried there. Is there a location that could be more perfect for Stassi’s engagement? I mean, she literally had a murder-themed birthday party one year. Maybe this proposal could be seen as disrespectful to the dead or something, but I’m sure Judy Garland doesn’t mind.

The Vanderpump Rules cast is still filming for season eight right now, so this proposal should be a refreshing moment after we have to watch several episodes of Brittany in full bridezilla mode. On one hand. I’m excited to see that wedding, but I also think it might kill me. Whatever, at this point I’m willing to lay my life on the line for Bravo. It’s a lifestyle.

But Brittany and Jax’s wedding won’t even be the only one on the upcoming season of VPR, because last weekend, Tom and Katie finally legally tied the knot. I’m not sure if this was all a publicity stunt or not, but Lance Bass recently revealed that Mr. and Mrs. Bubba never actually obtained a marriage license when they had their wedding a few years ago. This was surprising to me at first, but also I distinctly remember Katie bringing up her medical marijuana license multiple times during the season she had her wedding, so maybe they just forgot.

Stassi is pretty busy these days with filming the show and her upcoming book tour, so I don’t know when she’s going to plan a wedding, but if I had to guess, it’ll probably happen next summer when they’re filming the show. Or maybe it’ll be on National #OOTD Day, because you have to keep your brand strong. I’m just happy that Stassi finally stopped messing around with tragic guys and got serious with Beau, because he’s perfect. Congrats Stassi and Beau, you’re the only thing holding this friend group together!