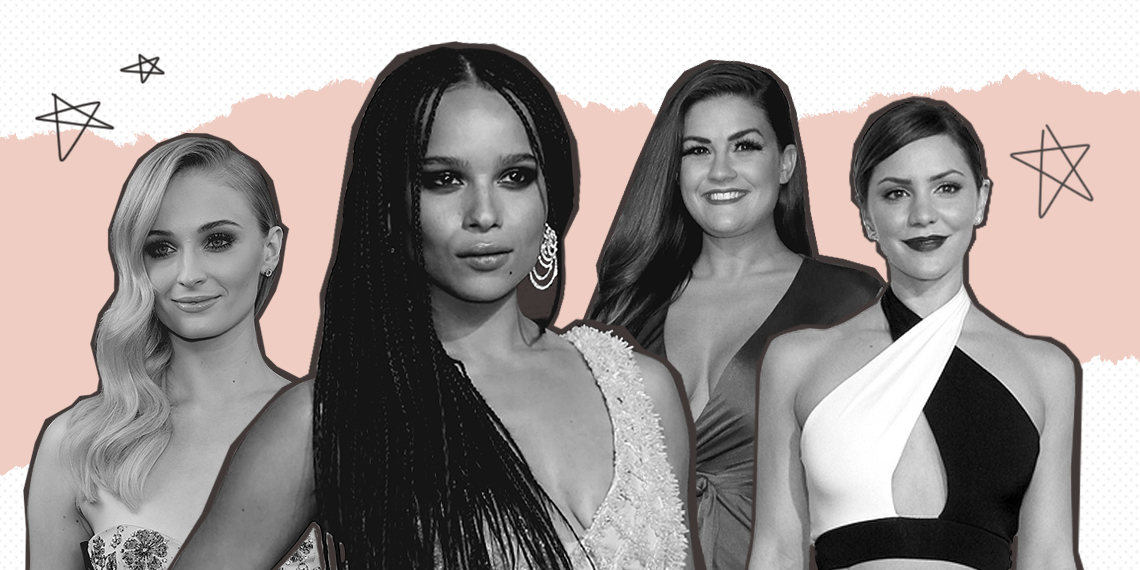 Ranking The 4 Celebrity Weddings From This Weekend, ‘Four Weddings’ Style

If you’re currently stressing out about the nightmare that is wedding season, at least you’re not alone. Over this past weekend, there were four major celebrity weddings, and it was a lot to keep track of. By that, I mean that I was furiously refreshing the Instagram stories of anyone within a mile radius of Jax and Brittany’s wedding in Kentucky. We all have flaws, and mine is that I care far too much about anyone who works at Sur.

This weekend really was like a celebrity episode of Four Weddings, so I’m going to just pretend that’s what it was. If you’re unfamiliar with the glorious trash TV that is Four Weddings, it’s a reality show where four brides all attend each other’s weddings, and then rate them based on four categories: Dress, Venue, Food, and Overall Experience.

In case you weren’t glued to Instagram this entire weekend, let’s recap who actually got married. First, as I already mentioned, we have Jax Taylor and Brittany Cartwright, stars of Vanderpump Rules, who got married in Kentucky. The wedding was a who’s who of Bravolebrities and random other people, and was just as gloriously tacky as you’d expect.

Next, we have Joe Jonas and Sophie Turner, who had their official wedding in France, two months after their random Vegas wedding after the Billboard Music Awards. Priyanka was there, and she cried.

Also in France, Zoë Kravitz married actor Karl Glusman in Paris, and all the cool people you’d expect, including some of her Big Little Lies cast, were there.

Finally, Katharine McPhee married her much-older man David Foster in London on Friday, kicking off what is her second marriage and his fifth. I’m not judging!!

I’ll be honest and say that Brittany’s dress is not for me. From watching many, many episodes of Say Yes To The Dress, I know that I will never be into dresses with sheer bodices, and the contrast between the opaque skirt and the sheer part is a little jarring. But also, I was expecting to hate Brittany’s dress a lot more. She didn’t have a 50-foot train, or a ginormous ball gown, and for that I am thankful.

Rudely enough, we haven’t gotten photos of Sophie Turner in her gown yet. Well, technically that’s not true. There’s one grainy-ass aerial photo that was probably taken by a paparazzi drone, and I’m not going to try to guess what the dress actually looked like from that. But I’m sure she looked amazing.

Unfortunately, we’re still waiting to see Zoë’s actual wedding dress, but for now we can go off of her rehearsal dinner look. Tbh, it’s iconic. Zoë is not the kind of person to wear a boring pretty dress, so I’m all for her bridal biker shorts look.

Let the celeb weddings continue – @katharinemcphee and @davidfoster married over the weekend in London. In true millennial form, Katharine swapped dresses for the reception, from her @zacposen gown to a teal blue dress. This is Foster’s 5th marriage, so for Katharine’s sake, we hope this one works out | ? @metrodotstyle

Katharine McPhee is low-key super gorgeous, and her wedding dress didn’t disappoint. Her Zac Posen gown is elegant and timeless, and I love the striped detailing on the skirt. For the reception, she changed into a tea-length teal dress, which is an interesting choice, but she still looks stunning.

For their wedding, Jax and Brittany rented out the entire Kentucky Castle, which is shockingly kind of gorgeous?? The ceremony took place outdoors, and I have never seen grass that green in my life. My main complaint here is the over-the-top greenery that was hanging everywhere inside for the reception. Basically, they decorated the place exactly like Lisa Vanderpump would, which isn’t a good thing.

Joe and Sophie got married at the Chateau de Tourreau in Provence, which is a totally stunning venue. However, the reason I really care about this is that the Real Housewives of Beverly Hills literally JUST STAYED THERE. The staff at this place has definitely seen a lot in the past year, from the enire Jonas/Turner/Chopra crew to Kyle Richards nearly falling down the stairs drunk. Where do I apply?

Apparently Lenny Kravitz has made a lot of money in his life, because his house in Paris is f*cking STUNNING. Seriously, British Vogue did a photoshoot inside the house last month, and I would seriously sell a kidney to get married there. I’m assuming the decorations, etc. were all tasteful af, because of course they were.

Katharine and David got married at an Armenian Apostolic church in London, and it really just looks like a basic, old church. Happy for them, but it’s no Lenny Kravitz’s house. Their reception was in a private venue in London’s upscale Mayfair neighborhood, so I’m sure it was nice. Overall, this seems like a great wedding, but I’m uninspired by the venue choice.

Look, I don’t know what any of these people ate at their weddings. I wasn’t there, okay? I’m just going to assume that they all served delicious, gourmet food.

Were all of these weddings fun and beautiful? I’m sure they were. Sorry if you think this is a copout, but based on the extravagance and the number of famous people at each of these weddings, I’m going to give them all a perfect score for experience. You tell me that you wouldn’t want to see drunk Kristen Doute at a wedding, and I’ll tell you you’re lying.

By my tally, that leaves us with a three-way tie for first place between Zoë, Sophie, and Katharine with 37 points each. Sorry, Brittany and Jax. I hope that all four of these couples have long, happy marriages, and that they don’t let the competition of this article diminish from what I’m sure were four magical weddings. Cheers!