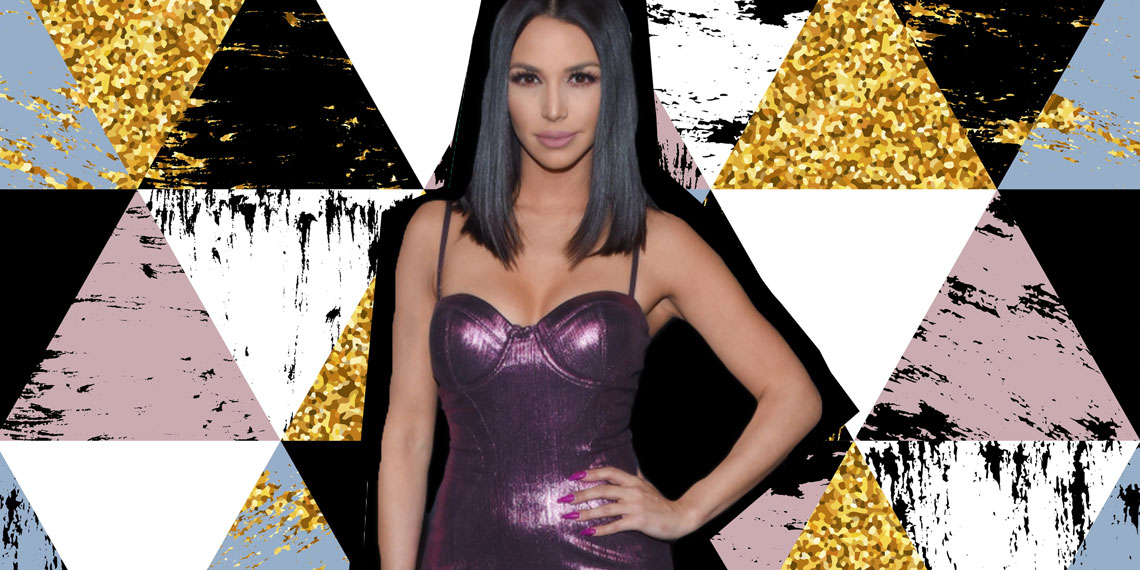 A Look Back At Scheana Shay’s Most Delusional Moments

Happy Monday, gang! Today is the 33rd birthday of Vanderpump Rules’ Scheana Shay. Marie? Whatever. I’ll give you all a moment to call in sick in honor of the 75 degree weather this holiday. While Scheana has the same three careers of most LA residents (actor, singer, waitress), she’s better known for her work as a professional Delusional Dater. TBH, it’s unclear whether Scheana needs an intervention or a lifetime achievement award when it comes to her delusional behavior. But I’m compiling a rundown of her most deluded moments either way. Without further ado, a list of all the times you wanted to reach into your TV and slap some sense into Scheana. Happy birthday!

As you may remember from Season 1, Scheana dated Eddie Cibrian, then-husband of RHOBH star Brandi Glanville, back in 2006. What takes this episode from “being a bad person” to “being delusional AF” is that she claims not to have known he was married. Again, she’s dating an actor who’s married to a future Real Housewives star. Not exactly people known for keeping their private lives private. And yet it takes her “six to eight months” into dating to “find out.” Oh, and she takes him back when he says he’s actually “separated.” Because really, why would he lie?? Great instincts.

As an added bonus, Scheana throws a fit when Lisa bans her from a dinner with Brandy Glanville in attendance. This isn’t John Tucker Must Die, Scheana. It’s kind of common courtesy not to invite your guests’ husbands’ mistresses to dinner parties.

As delusional behavior goes, this is a minor offense, but still extremely funny. Scheana opens season 2 after having oral surgery and giving Stassi the silent treatment for not having called. Stassi neither gives a shit nor acknowledges that there’s anything to give a shit about, all season long. It’s glorious. But of course, that means the screaming monster inside Scheana’s head that needs attention hasn’t been fulfilled. So Scheana announces a foot injury. When this, too, does nothing but annoy people, Scheana suddenly has an eye injury. All injuries magically heal after administration of 30 seconds of Lisa Vanderpump telling her to grow TF up. Funny how that works. My only regret is that Lisa stopped this before Scheana came into SUR wearing the neck brace she definitely ordered.

(In case it’s unclear why this counts as a delusional episode, consider that this is a 29-year-old woman claiming three distinct injuries in as many episodes. These are the excuses of a third grader trying to stay home from school, and it’s confusing why Scheana thinks Lisa’s that dumb.)

Between her impending wedding and Stassi alienating all her friends, Scheana’s confidence is at an all-time high here. This leads to many deluded moments, like designing a crop top wedding dress and choreographing the reception. My favorite moments, however, are when Scheana tries desperately to chip away at Stassi’s hold on the group. This is best exemplified on her bachelorette trip to Miami, which Stassi doesn’t attend. So Scheana spends the whole trip loudly saying subtle shit like, “it’s so nice when CERTAIN PEOPLE aren’t here.” Sadly, I really think she hoped if she made the trip fun enough, they wouldn’t all run back to Stassi the second she decided to pick up their calls. Sorry Scheana, that’s not how girl world works.

You all know about this particular delusion, and it’s pretty sad so I won’t dwell on it long. Despite the fact that Shay seems chronically depressed and occasionally disappears for days, Scheana insists they’re fine. He eventually confesses to her that he’s addicted to opioids. Scheana is devastated, but decides this can be turned around by working out and having Sandoval make them egg whites. This leads to a series of very painful episodes where Scheana tries to get Shay to act like nothing is wrong. She makes him go out and party with her friends, tells him she wants a fun husband who drinks, and forces Shay to make a confession about his drug use to the group. (The group’s joint effort to pretend they considered Shay a friend is both heartwarming and deeply cringeworthy.)

Lisa gently reminds her that there are rehab facilities filled with professionals for this type of issue. Scheana’s rebuttal is that she’s making Shay pee in a cup at home. Later, she finds out he’s spent a bunch of their money buying more drugs (I’m sorry, but duh). Shay continues to lie to her about it (I’m sorry, but double duh). In her one shining moment of VPR clarity, Scheana finally demands a divorce.

Finally, the Scheana you all know and love, girlfriend of Rob Valletta, future mother of Madison Marie Parks-Valletta. Let’s recount Scheana’s absurd Rob statements this season. There’s the story (repeated three to five times per episode) of how he assembled a TV in seven minutes (while she timed him!). There’s the general praise of Rob’s status as Platonic Ideal of Man, including a giant penis, ability to both fix a boat and water-ski behind it, and foresight to buy real estate large enough to accommodate all her bratty friends. Then there’s the insistence that he never could have kissed another girl at Toca Madera, because “Rob doesn’t like kissing.” Also, there’s the time Scheana said “I love you,” blankly stared at him for five minutes, laughed, and walked away. Yikes. I think the pause here was her brainwashing herself into thinking he said it back.

I’ll wrap it up with my favorite exchange of Scheana’s Rob-related delusion. She’s rooming with Lala in Mexico, and Lala gets flowers from her boyfriend. Scheana immediately gets competitive and FaceTimes Rob, who basically says “please stop calling” and hangs up. In the next room, Lala asks if Rob ever sends her flowers. “I don’t like flowers,” she says. Gifts? “I don’t like gifts.” While it might seem like Lala is kind of badgering Scheana here, I honestly think it was a kindness. They all just recently watched Rob around Scheana acting like he kind of hated her. Then he essentially hung up on her. If Scheana had been like, “oh no I have $10,000 worth of merchandise in gifts,” that would have given the world something to go on. Instead, she said “I hate all gifts.”

In a final bit of delusional news, Scheana now thinks she should have her own spin-off reality show. She’s quoted as saying “with my life in Vegas right now, there’s just so many interesting aspects to everything I’m doing out there, and the group of people I hang out with.” Pro tip, Scheana: if you’re angling for a reality show, maybe don’t make your Instagram stories a second by second replay of exactly how boring your life is. And once again, happy birthday!