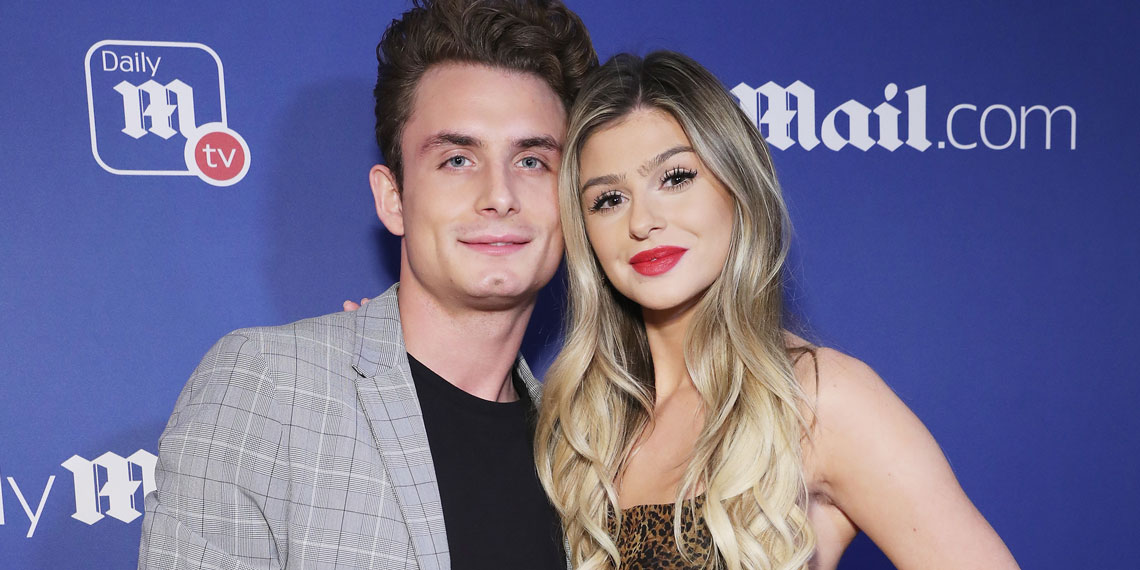 Dear, sweet Raquel Leviss. When James Kennedy’s pageant girlfriend officially joined the Vanderpump Rules cast this year, no one was sure what to expect. We knew her as soft-spoken, college-aged, and possibly delusional about James’ alleged cheating. This season, as the rest of the cast turns against James, Raquel has decided to show her personality. This is happening both on-camera and off, as Raquel has decided to talk sh*t online about James’ former friends. This is the kind of drama I live for.

Exhibit A: Today, Raquel posted this tweet sharing an article discussing the feud between Lala and Billie Lee. Her caption? “Lala Kent Joins The Mean Girls Club And Never Looks Back.”

Okay Raquel! Given your interactions with Lala last year, in which you asked her to please stop sitting on your boyfriend’s lap quite so much, I guess it’s not totally shocking that you’re going after her now. But if you’re hating on her for hanging out less with your boyfriend, that does seem a little counter-intuitive to me! (Yeah, I will not for a second pretend Raquel’s real stake in this is somehow about Billie Lee.)

In Exhibit B of Raquel’s (admittedly pretty tame) shade, we have her comment on this Instagram from Tom Sandoval. He’s announcing a “Spicy Tequila Tuesday” that he’s hosting at SUR (guess Girl’s Night In was not a huge success after all).

Join me TOMORROW at SUR from 8-11! I’m taking a break from Tomtom to SURve some cocktails back where it all began @surrules . Come by kick it! Also, don’t forget to check out a new episode of #pumprules TONIGHT!

Raquel responds to this news (screenshotted below) with the following comment: “You’ve got me thinking about what I would call my Tuesday night.” Innocent enough, but in my opinion, this is a dig that pretty much anyone can have their own Tuesday night now that James’ super-successful event is out of the mix.

Lest you think that Raquel Leviss is taking over James Kennedy’s title as Queen of Internet Shade, James was quick to get in on the action here too. On Tom’s Tuesday night post, he responded to a comment saying, “We Want C YOU NEXT TUESDAY!” by tagging Lisa Vanderpump herself and Guillermo Zapata, the other owner of SUR whose last name you probably never knew. (Did anyone else read that comment in a “Pump-ti-ni!!” voice btw?)

Honestly, James and Lisa better be on good enough terms that this reads as something of a joke. Otherwise he is literally just sad at home tagging his ex-boss on Instagram to say “SEE YOU SHOULD NEVER HAVE FIRED ME!” If possible, it is even sadder than drunk-tagging an ex.

Honestly, I’m always up for a new girl stirring the pot. Raquel, I may find your home decor Instagram stories insufferable, bur I am here for any and all petty fights you’d like to start.