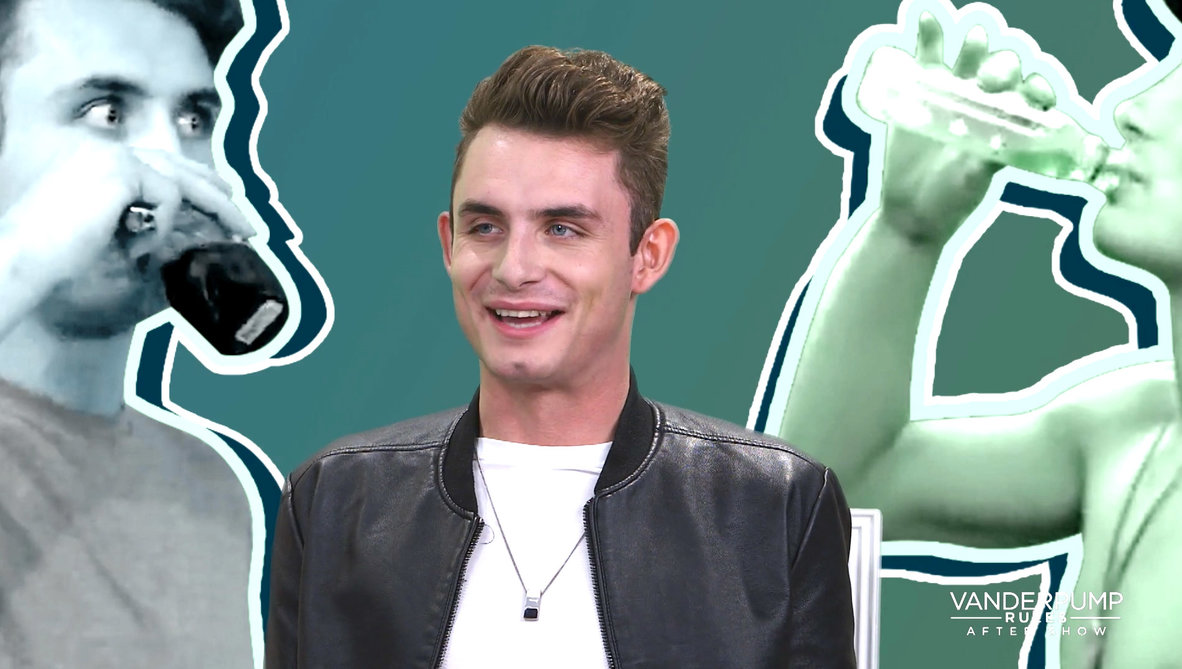 New year, new me, am I right? Not if you’re DJ James Kennedy (AKA the white Kanye West). In a turn of events that may shock you for someone with this nickname, James Kennedy kicked the new year off with a series of questionable tweets. If you’ve been watching Vanderpump Rules, you’ll know that James has been getting heat from fellow cast members after body-shaming costar Katie Maloney. Oh, and rapping about Jax cheating on Brittany while she was working. And also kind of for cheating on his girlfriend two years ago? How many episodes are we in again? What year is it? Anyway, James had a bad week, which in the VPR universe means he was uninvited from a birthday party and lost his job. Here’s the rundown of the first James Kennedy Twitter meltdown of 2019.

The disgust continues. @itsjameskennedy I pray YOU will find peace some day. pic.twitter.com/OywfbyoRgC

In case you’re too lazy to click on her tweet and read the quoted text, here’s what he says. “And Jax?! He is just a sad man after his daddy died. Coming for me cause I’m the only man he don’t like- brother make peace with your dead father please so you can be set free that’s goes for Lala also. Btw he made fun of George when he left.” As a side note, I cannot figure out who George is and it’s driving me wild. Fan theories in the comments please.

In other good news, James was apparently still drunk mad when he read Brittany’s tweet, because he responded with the following:

Yes James. In case your drunkenness isn’t evident from the content of what you’re posting, please add random periods to drive the point home. Brilliant. Eventually, James—because he has publicists who require him to keep making money—deleted his tweets and tried two very different tactics to get out of this. First, the “I got hacked,” with a side of blatant lying about how he is perceived by the public. (James Kennedy? Positive? I think not.)

Then, the sincere apology with a side of “but it wasn’t my fault because I was provoked.” Quick note to any celebs in need of PR guidance out there—you should do ONE or THE OTHER of these. Both is the worst look imaginable.

Hey I’m sorry for what I said about Jax and Lala and I apologize deeply to them and anyone I offended. I hope you guys also stop provoking me, thank you and I wish everyone a happy new year.

There is a difference between someone who notices his wrongs and changes everything about his life for the better and someone who just doesn’t care who he hurts no matter what and has no intention of admitting his wrongs or changing. We know what’s real. Y’all see 30 mins

Wow.. again with insulting women. After he just apologized. You are a joke my friend. You must seriously hate who are as a person. https://t.co/vDzOlC8Ba9

My favorite part of this whole drama is from an hour ago, in which Jax Taylor continues to rain hell down on James in whatever way he can. This time, it’s by tearing down a tweet Raquel posted from the Vanderpump dog show. According to Jax, Raquel “attempted to bid” on a puppy, “looked for money from James,” (who “has none so he bolted”), and then was ultimately rejected as a dog owner out of hand by Lisa—who “told the auctioneer “no way” and gave to the next bidder. Is any of this related to the rest of James’ tweets? Nope! But you’re out of your mind if you think I’m missing the opportunity to include some dog show drama.

You did not get out bid, we sat 10 feet from you when you attempted to bid on the puppy, you looked for money from James, he has none so he bolted and then Lisa saw it was you and told the auctioneer “no way” and gave to the next bidder. How can you lie when 300 people saw this. pic.twitter.com/tJvLFy5unN

And there you have it! Only three days into 2019, and if the James Kennedy Twitter meltdown is any indication, his resolutions are off to a great start. (I can only assume they were “drink less” and “win my friends back,” both of which are going exceedingly poorly right now.) If Jax’s resolutions, on the other hand, were “be more petty” and “continue to use Twitter as a catalog of personal vendettas,” then I’d say he’s doing great. I don’t usually like to support anything Jax does (gtfo with Mamaw’s Beer Cheese), but I’m really enjoying these twitter clap backs.