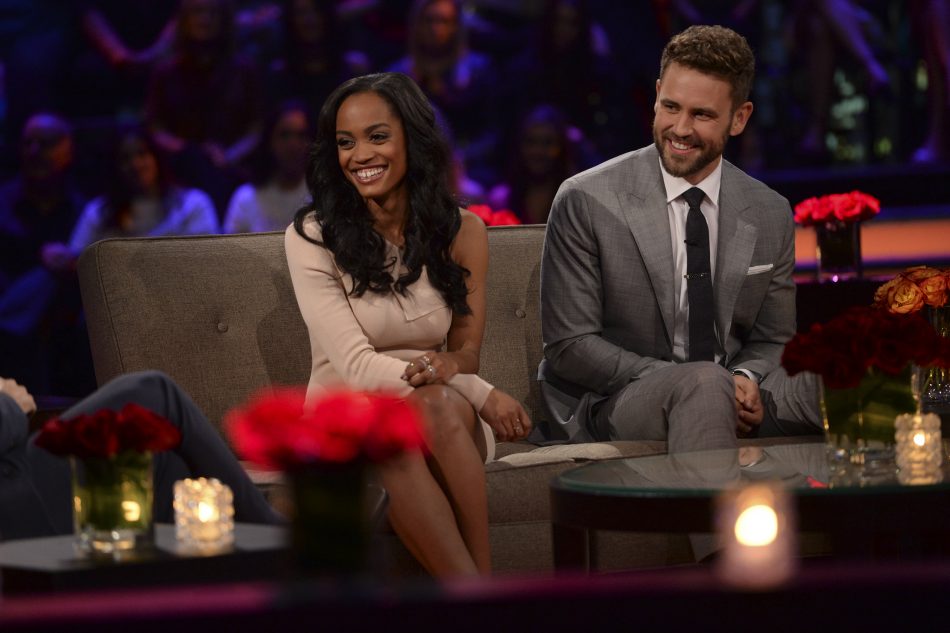 Fantasy Suite week is obviously the best week of any season of The Bachelor/Bachelorette. Chris Harrison sneaks you a handwritten note like a middle schooler that basically reads, “U gonna bang this person tonight? Y/N? Here’s a key to your fuck palace. Go forth and defile it three nights in a row with three different people.”

It’s pretty much assumed that the Bachelor/Bachelorette will use the Fantasy Suite for its intended purpose with each of the three remaining contestants because this may very well be the last time they get to explore sex with different partners before they settle down with one person until Neil Lane’s contract for keeping the ring expires for the rest of their life.

On Nick Viall’s season, we all know he and Vanessa bumped uglies because, well, she won. Raven practically shouted from the rooftops that he gave her the blessing of her first orgasm ever. The third woman in Nick’s Fantasy Suite fuck parade was Rachel Lindsay, who dodged an effing bullet by getting kicked off after their night together so she could go on to be objectively the best – and the first African American – Bachelorette.

However, in a recent interview on the Bachelor Party podcast, Rachel revealed that she never ended up doing the nasty with Nick at all! Praise Jesus, I knew this girl had common sense. But her reasons for not letting Nick flop his naked body on top of her had nothing to do with the fact that the man is the human embodiment of soggy lunchmeat. It was actually all thanks to…Donald Trump.

Rachel said that they arrived in Finland the night of the 2016 election, and she spent the night watching the election results roll in in shock. She reflects, “I had my date the next day, and I couldn’t get in the right head space. I drank a lot. I passed out in the Fantasy Suite. This is my first time actually saying that. I just went to sleep. We had no talking that night.” She clarified that she most definitely did not do it with Nick, adding “I did nothing! I did nothing but sleep. I got my best sleep in the Fantasy Suite!”

Girl was so upset that Trump was President that she literally couldn’t muster up the desire to have sex. I’ve honestly never related to a Bachelor contestant more in my life. When my boyfriend tried to so much as kiss me the day after the election, I pushed him away and made him buy me a whole pizza instead and then cried for two hours in his bed. Needless to say, we are no longer together.