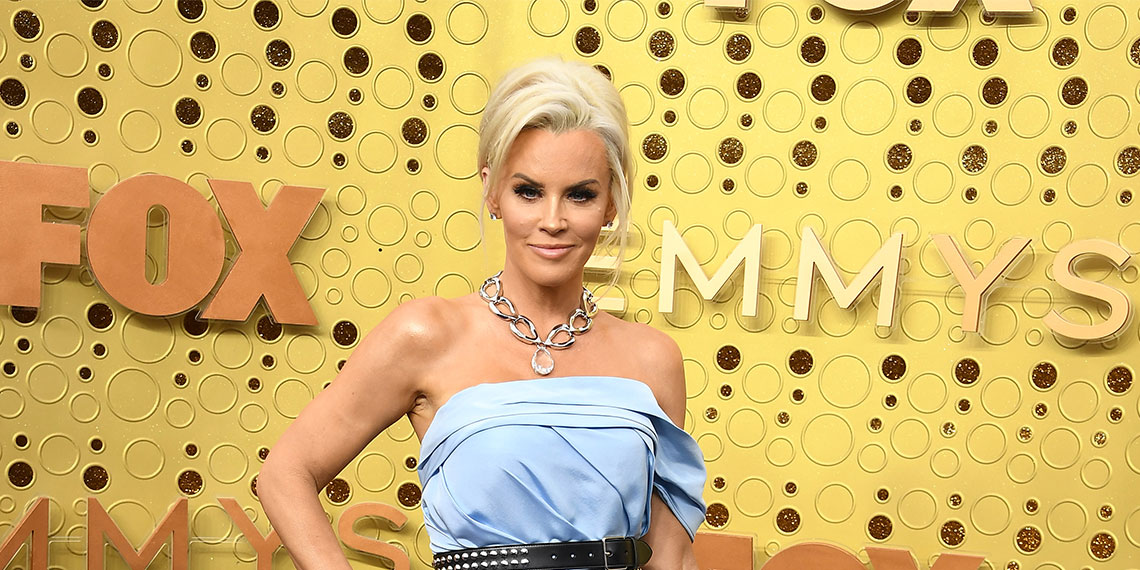 So in the interest of full disclosure, my favorite breakup movie ever is the work of Jenny McCarthy. It’s called Dirty Love and it’s absolutely trash. And I love it, I really do. I make everyone I know watch it. And it was written by and stars Jenny. It’s one of the funniest movies ever, especially if you’re going through a breakup. However, Jenny then decided to ruin my love for her by becoming a very vocal, dumbass anti-vaxxer. Guys, I love Dirty Love, but I’m pretty certain that bitch is not a doctor. The Playboy Mansion doesn’t even have a medical school. If she’s who you consult for medical advice, I’m surprised you’re literate enough to even read this article. So, because Jenny has taken it upon herself to single-handedly contribute to spreading the black plague amongst us all, it’s really my civic duty to roast her for her egregious Facetune use.

Jenny, you think making fun of plastic surgery and photo editing is bad? Try having smallpox.

In addition to spreading medical lies to the general public, Jenny also enjoys spreading lies about her face. More specifically, what it looks like. I have to be honest. When I saw her at the Emmys, I did not recognize her. Her face has had a lot of bad sh*t done to it. I don’t understand this about celebrities. They think having a plastic surgeon butcher their face will make a 50-year-old woman look 20 again, which is super weird because that’s literally never happened. What instead happens is that you look like you’ve had a LOT OF WORK DONE. Which isn’t really impressive/attractive to anyone. Who are these surgeons? They need to calm down.

However, Jenny knows how to work Facetune, because when she posted the below photo, it really did look like she always looked (and very much in her 20s-30s):

Thank you if you tuned into our pre emmy show on Fox. And thank you to glam squad cuz I’d look like turd without you. Make up: @beautybyangee Hair: @rickhenryla Stylist: @stylistmelissalynn Designer: @alexandermcqueen

BUT THEN. Unfortunately for Jenny, I was like, uh no, I’m looking at you on the TV right now, and that is not what you look like.

So I found receipts.

And I mean, right? Is that even the same person? And to make it worse, I made a GIF. Which did require flipping the image, but you get the point.

It’s fun because it looks like the second image is the mother of the first girl. Except with a surgically butchered nose, blowup doll lips, and what can only be described as a SHIT-TON of makeup. Guys? It’s fine to age gracefully. Smacking an entire container of Giorgio Armani Luminous Silk Foundation up on those fine lines make them look a million times worse. Stop it.

So here’s the shortlist on what Jenny adjusted on her personal photo: she swapped out her nose for one of the very popular Generic Facetune Noses, which I honestly don’t blame her for, because her actual nose looks like it went to see Michael Jackson’s surgeon. She made her eyes/eyebrows way bigger. The jawline was made smoother/soft. She gave herself a tan. Those are also Generic Facetune Lips. And she airbrushed and changed the color of her entire face so that there are no lines, no shadows (aside from cheekbones—which also were edited in), no skin texture. I mean, look at her neck. In an effort to remove what I’ll politely refer to as an old lady turkey neck, she created a smoothed plastic neck devoid of any and all light. It’s especially strange when you compare it to the skin on her chest, which actually has texture and clearly years of tanning bed and sun damage.

So there you have it. Jenny lies about lots of things, not just medical stuff that endangers the lives of millions of people. Also? The plastic surgery is very aging. Maybe don’t do so much of that, and then you won’t need to Facetune. Jenny honestly looks older than Christina Applegate, who Jenny just shaded her at the Emmys, saying she wanted to be Christina when she grew up. They’re basically the same age. Who is even hiring Jenny to do interviews anymore? I thought we agreed to stop supporting anti-vaxxers after I threw out all my Kat Von D makeup?

Do you still like Jenny McCarthy? Did you think she looked totally different? Did you recognize the Facetune in her Instagram post? What other celebrities have butchered their faces recently? Let me know in the comments!