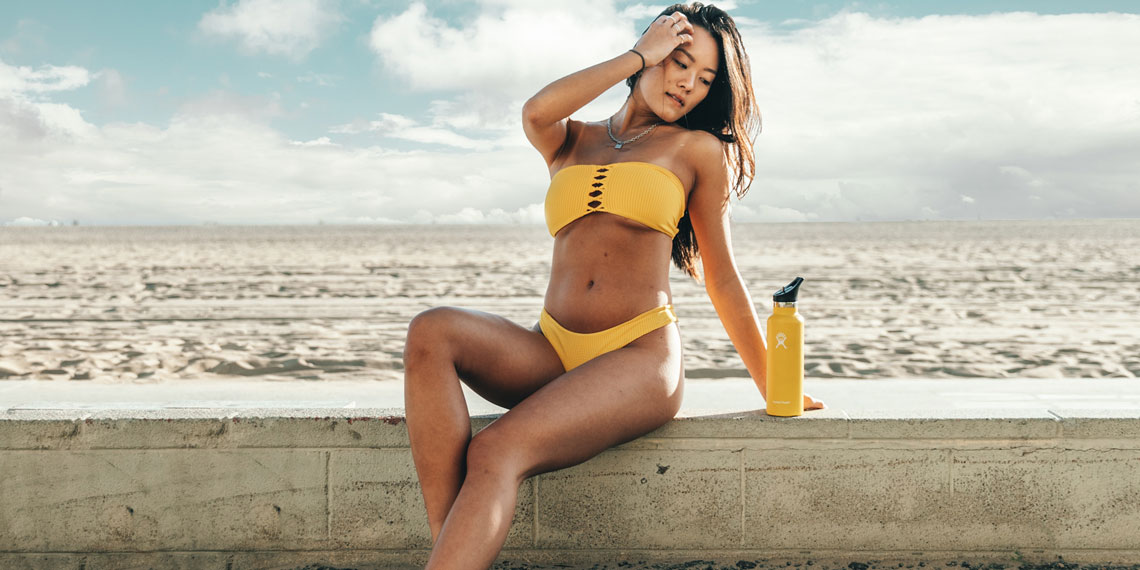 How many Photoshopped pictures have you come across today? One? Two? 15 Kardashian posts in a row? It’s almost impossible to tell, considering the ease with which Facetune and other editing apps allow us to doctor ourselves. Unless, of course, you have a Photoshop wizard on retainer who will call that sh*t out in a regular column. But assuming you don’t (since apparently most celebrities don’t either), believe us when we say, photo manipulation is everywhere.

It doesn’t take an expert to tell you that constantly staring at doctored photos of beautiful people will eventually take a toll on your mental health, but we checked in with one just to be safe. Earlier this week, I had the pleasure of speaking to clinical psychologist Dr. Jenny Taitz, author of How to Be Single and Happy and End Emotional Eating. We discussed the psychological effects of editing apps like Facetune, and what near-constant exposure to them will do to us. Spoiler alert: it’s not good.

The rampant use of Facetune on social media has fed into an increase of eating disorders and other maladaptive behaviors in young women across the country, and it’s not hard to see why. “They’re comparing themselves to fitness models and influencers who spend hours with makeup and Photoshop and stylists,” Dr. Taitz explains. It’s an unrealistic sample population, one that we expose ourselves to on a daily basis. To use an analogy, Dr. Taitz says, “If your social network was the top 1% of wealth you would feel poor, even if you were in the top 10%.”

Dr. Taitz is a proponent of “radical acceptance,” which is the idea of being totally and completely open to what is, as it is in this very moment, and accepting it at face value. Sounds like a given, but it’s a lot harder than it seems. For example, she advises, “Instead of judging your thighs that you deem problematic, you make space for them and maybe appreciate that your legs got you to work today.”

Once you get to the point where you can be happy with the here and now, the next step of radical acceptance is living a life focused on values. Dr. Taitz believes that how you show up in the world and what you want to be known for are more important than your outward appearance. Revolutionary, right? I shouldn’t need someone who went to school for twice as long as I did to tell me that we have worth beyond our outward appearance. And yet there I was, blown away by not only the incredibly soothing tone with which Dr. Taitz explained this seemingly obvious notion, but also by the fact that she needs to say it at all. Turns out there’s a reason for that.

“Snap judgments are based on emotion,” she goes on to tell me. “You’re just glancing at a picture and making a snap judgment without realizing it.” The innate behavior to rely on our emotions for quick decision making without taking the time to truly analyze the situation was a super useful tactic when we were Neanderthals trying to survive in the wild. But now that we spend our days glued to feeds full of beautiful people that we can’t help but compare ourselves to, it’s less helpful and more entirely destructive to our psyche.

“These apps make you think there’s something wrong with your life that you need to fix,” says Dr. Taitz. And how could they not? After staring at picture after picture of celebrities and influencers—who are already otherworldly beautiful in their own right—edited to a point of absolute unattainability, it’s hard to not try and measure up to them.

Ur bitch never edits she refuses. And I feel so much prettier when I don’t do it. I’m not in my head about like how this or that looks better w a little help. That always made me feel worse so I put a ban on editing photos of me. Mags kinda didn’t like it at first but they got used to it and so did every Photgrapher I work with. So stick to your guns folks!! #thelifeofawannabemogul

“A helpful intervention used in eating disorder or body image dissatisfaction treatment is to compare yourself to every third person you see,” recommends Dr. Taitz. We’ll momentarily ignore the fact that editing apps and Instagram are having the same effect as eating disorders and dive into this tactic. Your Instagram feed is a highly curated collection of images of beautiful people doing beautiful things in beautiful places that you’ve never been to. It’s as fake and overly produced as The Bachelor, but that’s easy to forget when it’s the only thing you see day after day.

So instead of comparing yourself to one of the thousands of fitness influencers in Mykonos this summer, try looking at every third person you see on the street. Those are real people. Ideally you’d get to the point where you don’t have to compare yourself to anyone at all, but let’s start with some baby steps.

Dr. Taitz also encourages her patients to try a social media detox, whatever that may mean for you. If you can’t go cold turkey, try setting usage hours, or even days to move yourself in the right direction.

What it comes down to is this: the rampant usage of Photoshop-type apps on Instagram isn’t just affecting how we feel ourselves—it’s tarnishing our quality of life. More people are pursuing elective surgeries than ever before, and while that’s totally their right, let’s not pretend that it’s an isolated event. One of Dr. Taitz’s concerns, and something that should be all of our concern, is that “life is becoming a beauty pageant 24/7 rather than a triumph of character.”

Beautiful people have always existed, and they’ve always hung out with other beautiful people and done cool things together. But we haven’t always been able to see it—and now we’re getting to the point where we can’t escape it, even if we wanted to. It’s really difficult to feel grateful for your own life when you’re busy comparing it to Kylie Jenner’s.

So how do we even begin to reverse what already seems to be ever-present? Acceptance. Accept yourself. Accept the here and now. Accept that by abstaining from social media you may not always be in the know. But most importantly, don’t accept anything that uses your appearance to dictate your value.