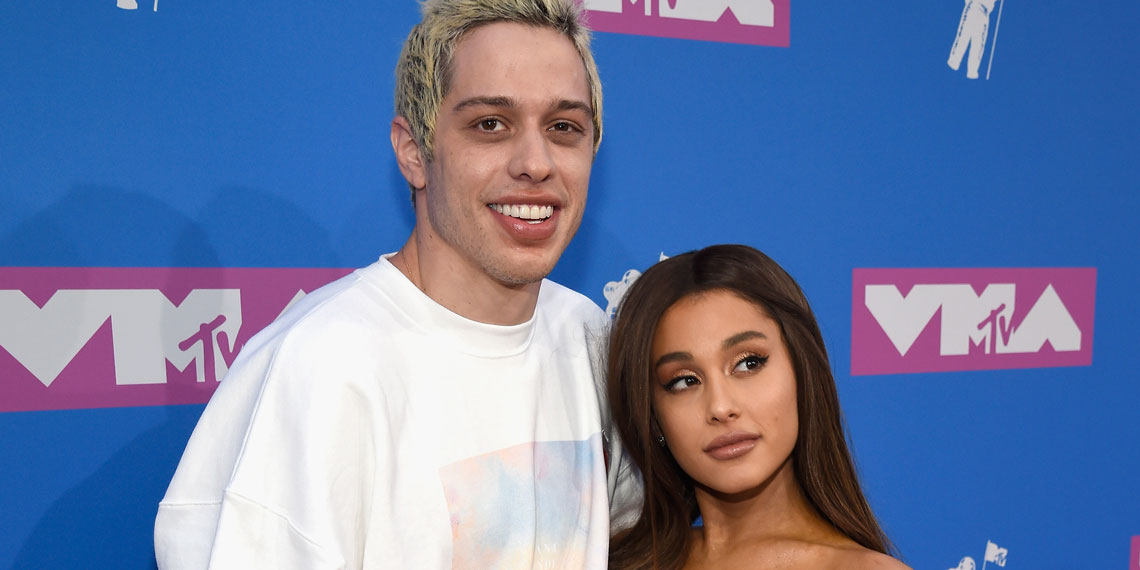 Pete Davidson Finally Spoke About His Breakup With Ariana Grande

As I sit at my desk listening to “thank u, next” (it’s been stuck in my head for 16 consecutive days now, and I’m beginning to wonder if Ariana Grande has used some Josie and the Pussycats style subliminal messaging), I get a DM on Instagram. DMs on Instagram are rarely good news. Best case scenario, it’s a guy from a foreign country telling me I’m pretty. Worst case scenario, it’s someone trying to recruit me for their multi-level marketing scheme, or it’s work. The DM that brings us here today was not for an MLM, but it was for work. That’s because Pete Davidson returned to Instagram and broke his silence on his breakup with Ariana Grande.

Pete Davidson returned to Instagram, as you do, with a screenshot from his Notes app. He writes, “I’ve kept my mouth shut. Never mentioned any names, never said a word about anyone or anything. I’m trying to understand how when something happens to a guy the whole entire world just trashes him without any facts or frame of reference. Especially in today’s climate where everyone loves to be offended and upset it truly is mind boggling. I’ve been getting online bullied and in public by people for 9 months. I’ve spoken about BPD and being suicidal publicly only in the hopes that it will help bring awareness and help kids like myself who don’t want to be on this earth. I just want you guys to know. No matter how hard the internet or anyone tries to make me kill myself. I won’t. I’m upset I even have to say this. To all those holding me down and seeing this for what it is – I see you and I love you. Pete.”

Like, wow. It’s pretty crazy, and horrifying, that people are telling Pete Davidson to kill himself, all because a relationship didn’t work out. Seems extreme, and also, incredibly cruel. I feel like those of us who actually followed his whirlwind romance with Ariana (read: everyone in the world) are of the mind that they got together, they loved each other, but then life happened, they realized it wasn’t working and parted ways amicably for the sake of their teacup pig.

Despite all the hype around their relationship, there was not that much drama as far as breakups go, and it seemed pretty mutual. There weren’t any cheating allegations—nothing scandalous. I mean, Ariana literally wrote a song about the whole thing where she says “and for Pete I’m so thankful” and the chorus is “I’m so f*cking grateful for my ex,” over and over again, so it seems like she views the relationship pretty favorably. What part of that would make someone angry enough to wish harm to a person who openly struggles with mental illness?? People are f*cking horrible. And honestly, it’s got to be pretty rough watching the entire world rally around your ex while you’re getting suicide threats, even when seemingly neither of you did anything wrong.

Ariana Grande even jumped in to stick up for Pete. In what’s presumably a DM with a fan, she says, “i have never encouraged anything but forgiveness. i care deeply about pete and his health and would never encourage any kind of mistreatment. i haven’t seen any of it because i’m blocked but i want you to know that i would never want or encourage that ever and you should know that. i care about him deeply.”

there’s nothing left to say…. pic.twitter.com/IY5WN1mz5K

So we’ve established that Ariana cares about Pete deeply. But in all seriousness, can we not tell people to kill themselves? Like, let’s just not. Also, if having a failed relationship is punishable by death these days, then I imagine a lot of us would not be here.

Finally—and perhaps most importantly—PETE HAS ARIANA BLOCKED? Now *that’s* some tea I’d love to know more about. In the most respectful way possible, of course. Other than that, everybody leave Pete alone, please.