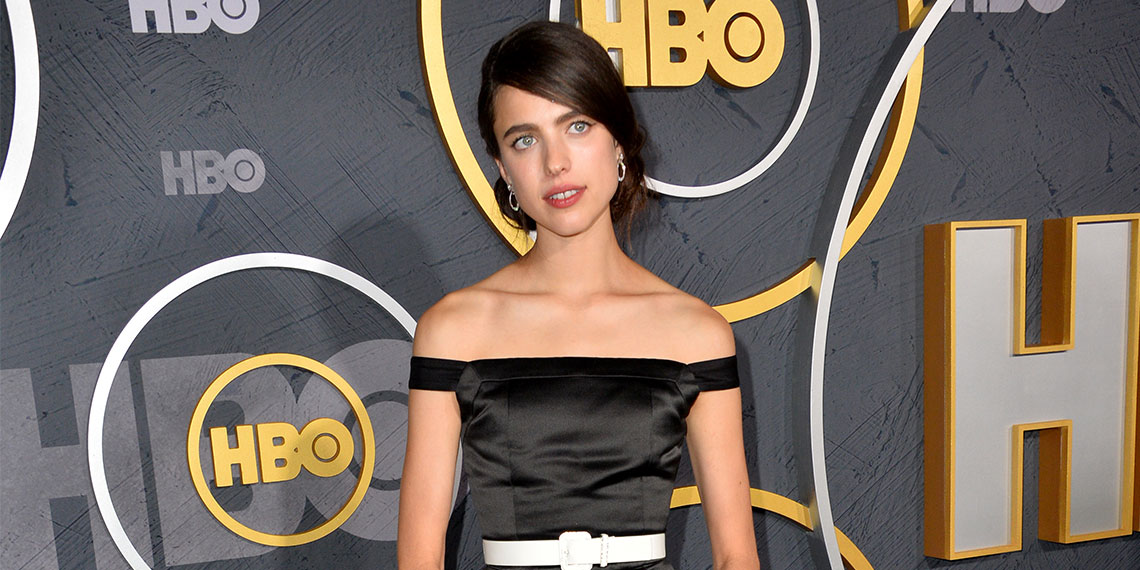 Pete Davidson Has A New Girlfriend

Every few months, I get a weird tingle down my spine, and I know that it’s been too long since I’ve thought about Pete Davidson. Just a year ago, during his whiplash-inducing relationship with Ariana Grande, Pete was basically all I could think about, but the times have changed. Now, Pete has more or less gone back to being a second-tier cast member on Saturday Night Live, and I’ve gone back to overanalyzing the couples of Bachelor Nation. Earlier this year, we talked about Pete’s brief-but-very-public relationship with Kate Beckinsale, but since they broke up this spring, I really haven’t checked in on him.

But Pete Davidson is still low-key super famous, and now he has a new girlfriend who’s becoming quite the star herself. Meet Margaret Qualley, who is literally the opposite of Ariana Grande in every way. Margaret, who’s 24, is the daughter of Andie MacDowell, iconic actress and star of every L’Oréal commercial since before you were born. Margaret definitely got her mom’s beauty genes, and she’s a model and actress herself. She’s had a major year, starring in Once Upon A Time In Hollywood and Fosse/Verdon, for which she was nominated for an Emmy.

Oh my goodness! I had so much fun at the Emmys, what a trip! Thank you so much Chanel for the coolest dress ever. The dress is from Virginie Viard’s first ever haute couture collection and it took 300 hours to make, and then I got to put it on my body, what!?! Also thank you to my brother Justin for coming out from Montana and being the best date ever. I love you bubba. You guys at Chanel are so sweet and it was surreal and so special to get to wear ya to the Emmys. @chanelofficial @chanel.beauty @welovecoco #chanelpartner #chanelfinejewelry And thank you to @jillandjordan for being the best homies. #redcarpetgives

Basically, Margaret is having the biggest year of her career, and she could be the next big thing in Hollywood. Good for her. Now, let’s get back to the Pete Davidson part of the story. At the end of August, there were reports that they had been seeing each other for a couple months, and it didn’t take long for proof. They were seen together at the premiere of her movie Seberg at the Venice Film Festival on August 30th. He was sitting in the row behind her, which sounds lame, but you don’t get to choose your seats at those things. Later that week, they were seen holding hands while walking around Venice, basically confirming that they’re together. They also flew home together, because IDK why they wouldn’t, but the tabloids still made a big deal about it.

Since then, we haven’t heard much from Pete and Margaret, but things still seem to be going well. Today, Margaret’s mom Andie MacDowell told People that her daughter and Pete have “a nice relationship,” even though she hasn’t met him yet. She said that she’s FaceTimed with Pete, which like good for her, because FaceTiming with someone I’ve never met before sounds like my worst nightmare.

Pete Davidson just kicked off the new SNL season, so he’ll pretty much be stuck in New York for the foreseeable future, but I have a feeling he and Margaret will still be spending plenty of time together. He seems like the kind of person who likes to be with his partner basically 24/7, so it’s only a matter of time before they’re essentially a married couple. It wouldn’t surprise me if Margaret ends up hosting SNL at some point this season, especially if Pete has anything to do with it. I’m kind of really into this couple, so honestly bring on the PDA.